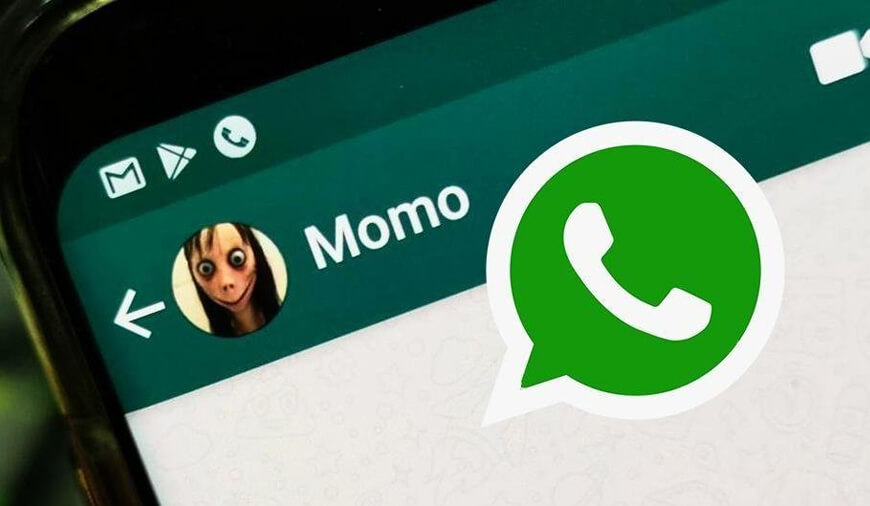 Nowadays, WhatsApp seems to be used in buffoonery activities rather than exchanging just plain texts or images. In one of the recent scary incident, a game dubbed “Momo” is been spread on the WhatsApp, which is forcing people to indulge in self-harm. For the same, the police have issued a strict warning and have advised people not to entertain any such game request.

The “Momo” game starts with asking people to add one of their contacts via WhatsApp and urge them to commit suicide or self-harm. The self-inflicting game displays a creepy woman face with a wide smile and bulging eyes, News.com.au reports.

The police and government bodies from all over the world have raised their grave concerns over the rising popularity of the “Momo” game.

As reported by Buenos Aires Times, the Argentina police have started investigating the suicide of a 12-year-old girl in Escobar after realizing the depth of the 'Momo suicide challenge.' The police smelled the rat by going through the girl’s video in which she was seen committing suicide and looked like someone encouraged her for doing it.

To keep people away from the next Blue Whale challenge type game, Spain’s Guardia Civil tweeted and warned users about the same. “Don't add ‘Momo’!”

According to the Mexico police, the game germinated from a Facebook group which asks its members to contact unknown numbers and later spread to WhatsApp. Computer Crime Investigators of the Mexican State of Tabasco has also warned about the game and stated the game is aimed at teenage kids. They even tweeted about it and said, “Avoid talking with strangers.”

Investigators said in a statement, “In social networks, the image of a terrifying woman is circulating. They call her ‘Momo’ and she invites those who see her write to her through WhatsApp.”

The Momo suicide challenge game is been considered similar to that of the "Blue Whale challenge” and  "Slender Man." The Blue Whale challenge, which originated from Russia, was responsible for taking the lives of many innocent teens across the globe. And following the fictional character of Slender Man, two teenaged girls tried to kill one of their classmates in order to please the Slender Man.

Activities like these on WhatsApp surly raise the alarm over the misuse of such a social media platform and calls for stern measures to terminate any such ill-advised attempts from the WhatsApp.

NEXT Why Kotlin Is Preferred Language For Android Development in 2021

The Android users now need to be more careful about what they download from the Google Play Store as we have just witnessed a huge outbreak of Android malware. This Android malware has reached over half a million mobile app users straight from the app store as people installed the affected mobile ga