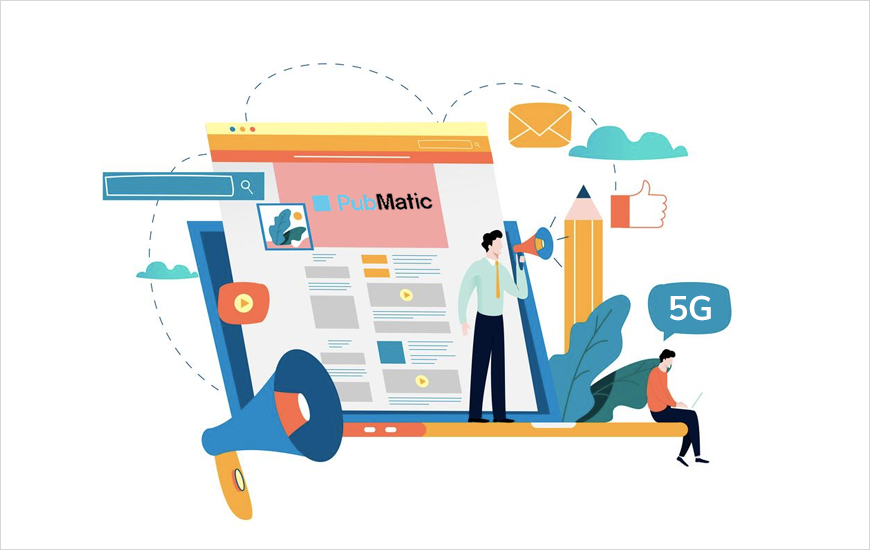 The marketing budget of almost every company is spread across a wide array of media, but one of the most crucial areas of concern remain is digital ad spending, which covers the spending on displays, videos, media, paid search, and more.

In the US, digital ad spends recently passed $100 billion due to dominant increases in mobile advertising and video ad spend. As mobile advertising continues to evolve, it’s imperative for advertisers and publishers to both understand and prepare for these changes.

Going forward, the consumption across mobile devices is expected to overtake television, as video viewing habits continue to impact the fight for attention. This has led marketers to spend $29 billion globally on mobile video advertising.

The appearance of 5G makes focusing on mobile all the more important, as the expectations arise that consumers, advertisers, and publishers will see a dramatic change in how video is consumed. This will lead to more seamless, complex video ad experiences for mobile users.

“Mobile advertising continues to see monumental increases in spending, while still making strides towards greater transparency and returns, which is hugely important for publishers and advertisers. That said, the industry is only now learning how to properly take advantage of in-app header bidding, which has led to more obstacles.”

“To find success, app publishers should consider the differences in header bidding between desktop and in-app and how the implementation efforts will impact their dev teams.”

Despite mobile advertising’s massive growth, spend within Android apps is down 17% year-over-year, while iOS has seen an increase of 68%. Most recently, Google blacklisted 6 apps from a major app developer for large-scale fraud, reflecting a trend of ad fraud schemes targeting GooglePlay apps.

Programmatic, the automated buying and selling of digital media,  is an intrinsic aspect of the advertising industry in North America and Europe, but there’s still room for growth in the Asia-Pacific (APAC) region.

As mobile connectivity and mobile phone users have grown in APAC, the region’s advertisers and agencies are seeing the benefits in targeting mobile-first consumers through automated buying, though at roughly different paces.

With about 359 million new mobile users expected to join in the next half-decade, there is a need of the hour to follow automated ad buying techniques.

PREVIOUS Google Makes it Easier to Plan and Organize Your Trips

NEXT Top Cloud Computing Trends in 2020

Online reviews play a crucial role when it comes to digital products and services nowadays, and the same is the case with Web-based and mobile applications. As an app user, you are more likely to stumble on apps with hundreds and thousands of downloads and reviews in the app stores like Google Play

Mobile app marketing takes patience, effort, and strategies. And then, to make it easier, there are the top mobile app marketing trends. However, trends are called so because they are dynamic. And in this fast paced world, even before you set your team to follow the most recent trends and see result

After the tornado of developing an app is done, now comes the hard part and that is to garner maximum downloads. Being an app owner or an app developer, you need to ensure install of your app. In short, marketing your app is a different monster entirely and using Google Ads to propel the app presenc

How To Retarget Your Mobile App Users Effectively?

All strategies for mobile apps have a similar key objective and that is 'focusing on how to make more and more people use the app'. And this is where the concept of app retargeting comes into the picture because it is must easier to turn your already existing customers into your app's lo