What’s there in Lisk that makes it one of the most sought after blockchain open-source platforms in the world? Presenting their tale of success. 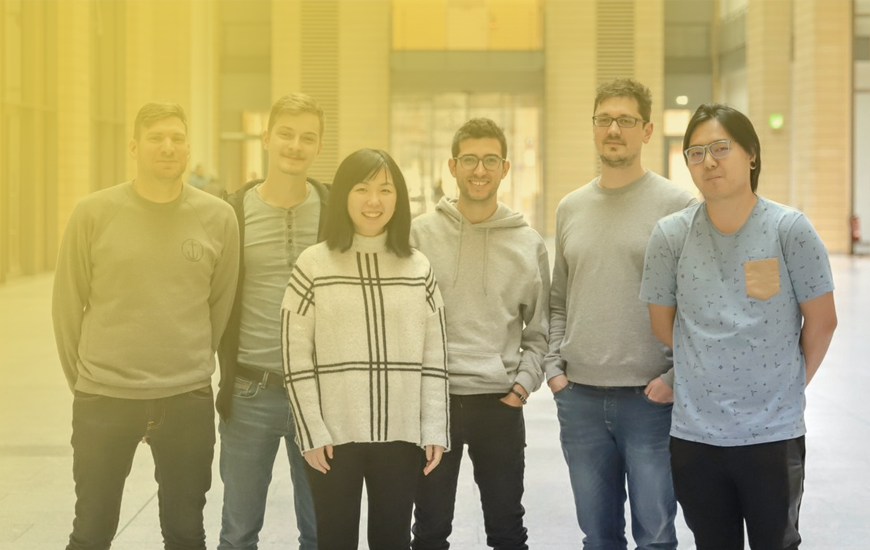 When Blockchain was introduced to the world, it opened up an ocean of opportunities for a parallel economy to exist and it did. But as Blockchain came of age, you needed systemic platforms to engage in crypto transactions. And one such platform is Lisk which made blockchains more accessible to the public.

Founded by the young Bitcoin wiz Max Kordek and the veteran Oliver Beddows, Lisk is an open-source blockchain application platform founded in May 2016. There is an interesting things which makes Lisk’s success quite apparent. Max Kordek was a wunderkind and was fascinated by the idea of Distributed Ledger Technology from a very young age. As a matter of fact, he started creating apps since the tender of 14. No wonder, why he went on to start Lisk at the age of 24.

The project headquartered in Zug, Switzerland, endeavours to make blockchain within everyone’s reach via various means including developer tools, crypto wallets and a thriving community. The company has-

Lisk enables developers to create dApps (decentralised applications) for users. It’s a one-stop solution for everything related to Blockchain. 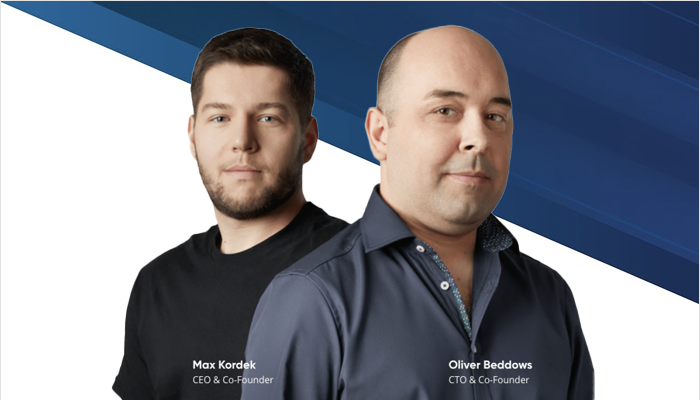 Over the years, the Lisk has etched itself firmly in the crypto markets and earned a considerable reputation as a brand. Customers from all over the world are using Lisk and benefitting from it. Lisk has taken part in various top-notch conventions and events including TechCrunch Disrupt Berlin 2017, The Bitcoin, Ethereum & Blockchain Superconference II, India Blockchain Week, Blockshow Europe and Consensus Singapore 2018 as Exhibitors and Sponsors. The company has raised over $5.8 million in funding through Initial Coin Offering (ICO).

One of the company’s highlights is its utility token- the LSK.

The LSK Token, Lisk’s native cryptocurrency which operates under the Delegated Proof-of-Stake (DPoS), can be used to perform diverse activities on the Lisk blockchain including send/receive transactions or voting for your most cherished delegate. It is secured by 101 delegates. To be able to carry out all such actions, you need the LSK. The LSK crypto is much faster than Bitcoins which take at least 10 minutes to transact whereas the former only takes a few seconds, give or take. Interestingly, a Bitcoin is priced at $8,724 whereas the LSK is priced at $0.751. Bitcoin which is arguably the most popular cryptocurrency in the world is facing stiff competition from other cryptos which are more advanced and provide better transactional values one of them being the LSK. This certainly places the creators of LSK in the league of extraordinary ‘crypto-men.’

The Lisk dApp is entirely written in Node.js, making it the first decentralized app solution to do so. It has successfully simplified the development process by breaking down existing technical barriers and making it easier for developers worldwide to empower the capabilities of blockchain.

Lisk has consistently enabled developers to create smart and innovative blockchain apps. Every app is easily gettable as all of them are listed in the Lisk App Directory. What makes them even better is that they have sidechains to ease the process. Sidechains take away the excess from Lisk’s primary chain so that the central networking becomes much more efficient and quicker. What completes this unique process is the aspect of security and deftness in simplicity.

Lisk adds a further level of security with the dual-stage authenticated passphrase and multi-signature system. But if that makes it sound too rigid, that’s only for the greater good. Overall Lisk is known for its lucid approach. ‘Lisk believes in being ‘simple yet powerful’.’ JavaScript is the base language for all developers and Lisk being written on Node.js makes it comparatively easy for developers to fathom.

There’s no dearth in Lisk’s unique professional strategies for growth and it’s evident in their modus operandi. What I’m specifically referring to here is Lightcurve. Now why this unusual detour from Lisk to Lightcurve? That’s because it’s an integral part of Lisk that places it’s focus on building Lisk as a blockchain application platform. With a crew of 60 ingenious minds, Lightcurve conforms to creating pioneering cryptography methods, developing consensus protocols, designing apex UI.

For hardcore app developers, the following part gets the drums rolling. I’m talking about the Lisk Ecosystem.

The Lisk Ecosystem consists of everything that you need to know for creating blockchain apps. Foundation, community, network, research, user interfaces, SDK are elements in the agenda-setting of the ecosystem. Let’s have an understanding of the components in brevity. 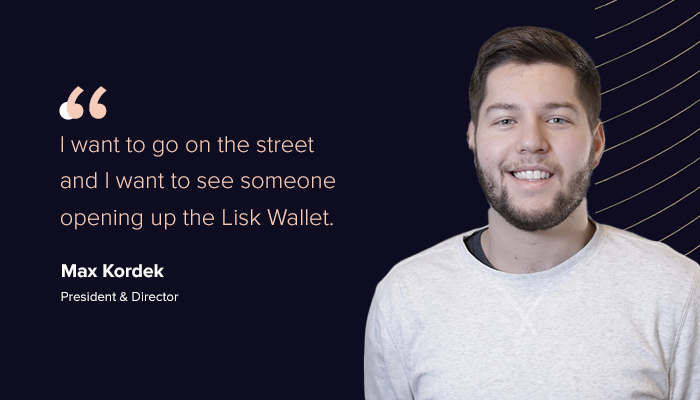 Components of the Lisk Ecosystem

1. Lisk Mobile Wallet- For iOS and Android users, this app is a boon. You can send/receive transactions, view the transactions history and go through the details.

2. The Lisk Hub- It’s the wallet application available for desktops to interact with users. Like the mobile app, you can manage, request and send LSK and browse through your transactions as well.

3. Lisk Core- For advanced technical users, the Lisk Core is the key to enter Lisk’s main network of blockchain data. It’s running on every single node of the network in order to achieve centralization. It is also used to strengthen the network infrastructure and access delegate forging.

4. Lisk Commander- Another rewarding means for advanced users, the Lisk Commander is the Command Line Interface (CLI) which interacts with Lisk Core APIs. With this, you can conduct interactions using the blockchain data, create accounts, create transactions, signs and verifications, node delegation and much more.

5. Lisk Elements- They call it the ‘General Purpose JavaScript Library’ that provides many independently-installable NPM packages. Each covers a separate functionality including, transaction creation and signs, core API interaction, Passphrase management and important constants for the ecosystem.

6. Lisk Explorer- Like the name suggests, the Explorer is used for blockchain exploration. Its primary purpose is to yield information which is exposed by the core process of the obelisk. 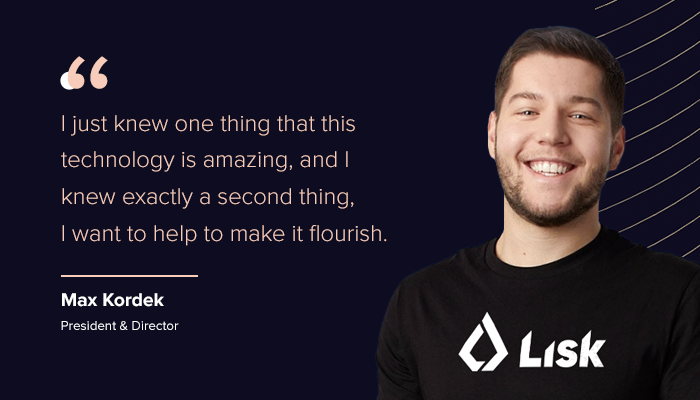 The steady task progression of the Lisk Protocol

Lisk is proactively working to overcome their shortfalls and achieve their targeted goals. According to their website, it has recently completed a few tasks which include-

It has some interesting ongoing developments in Security and Reliability, Network Economics, Network Consensus, Network Longevity and Blockchain Interoperability.

A rather unusual occurrence

Interestingly, the co-founders never met each other in person before the (initial) funding phase. Both of them worked in the now-defunct Crypti Foundation and worked for years together. The only difference being Kordek lived in Switzerland and Beddows in the United Kingdom. Yet, the cohesion in their professional relationship was such that they were mostly supportive of each other’s decisions.

According to an interview with Business Insider before starting out, Kordek stated, “It’s strange but we are somehow always on the same page, have the same opinion about things, we just understand ourselves so well. It’s crazy”.

The rest is history and exactly what Lisk is making.

PS: Lisk recently added a golden feather in their fedoras with the recent completion of the SDK 3.0.0 and new Proofs-of-Concepts.