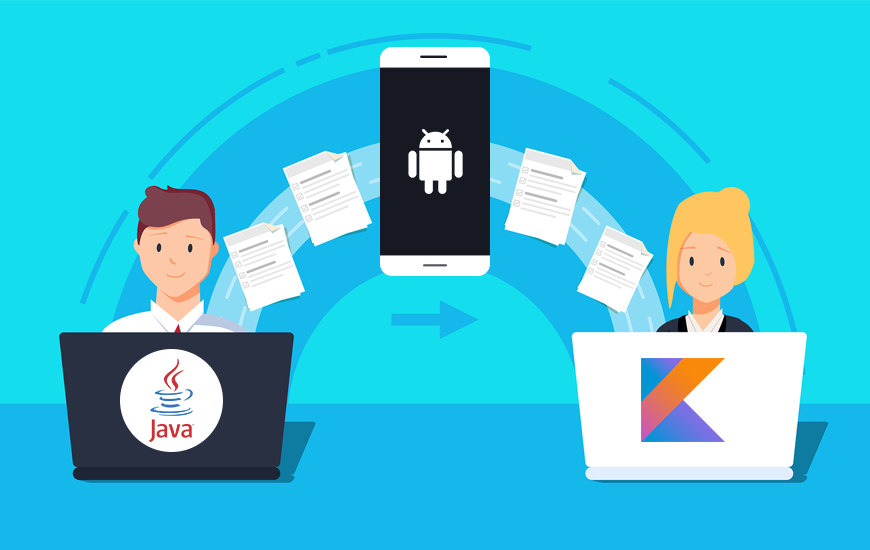 In this article, we will be answering this migration question while also covering many different aspects of what exactly happens in the process of migrating an Android app based on java to Kotlin. At present, a significant amount of mobile app developers think of Kotlin as the first viable alternative to the Java programming language for Android platforms.

In this case, you are still new in the field of android app development and haven't heard much about Kotlin. Then we would highly recommend you to get your basics cleared with the help of this article on 'Basic Syntax.' 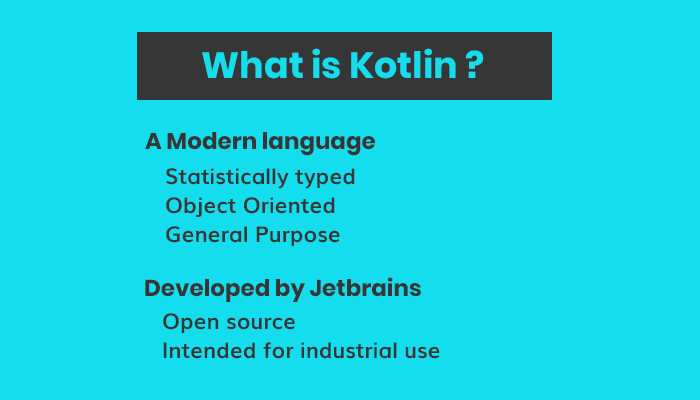 The programming language Kotlin can be referred to as a modern open-source JVM language that was developed by JetBrains. Some of the huge organizations that are currently using Kotlin language are Trello, Google, Square, Pinterest, Kickstarter etc.

Need for Java To Kotlin Migration

For the Android development platform, Kotlin delivers an impressive modern programming experience without the need for involving any third-party software. When an app developer is involved with any third-party tool.platform, there's always a risk of including those Java features that are not supported by the Android toolchain.

Although programming languages like Java and Kotlin are similar in some context, but they are still worlds apart. For instance, Kotlin is highly interoperable with all the existing Android languages. And it can also be easily integrated with Android Studio, which no other language can except Java. You can learn more about this on 'Why Kotlin Is Preferred Language For Android Development?' 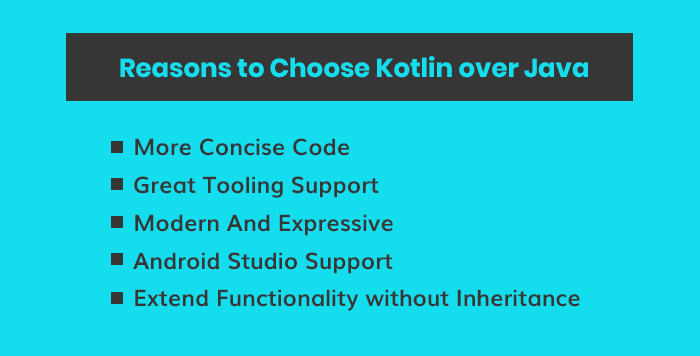 To start the java to Kotlin migration process, a majority of people first begin from their tests and then move on towards their modules. But this is not a hard and fast rule that is meant to be followed, the android app developer can directly select any random Java file that he/she wants to convert to Kotlin.

Here are the main steps to convert Java to Kotlin:

Below are the common issues faced while converting Android App from Java to Kotlin converter:

For example, The Method names will start with getting

This is the Java Class -

Now, the converted Kotlin class will be expecting parameters, demo response and demoResponse2. Because they are interpreted as the getter methods a lot more issues will be surfaced in the code due to this:

Things To Remember During Migration Process

Here are some important points to remember during the migration of Java to Kotlin for an android app:

For example: In the below mentioned Kotlin code, we have eliminated all the ‘!!’

Now, the main question that arises at this point is, ‘Should You Convert Your Android App From Java To Kotlin?’

There's no denying that Kotlin is an amazing programming language that is taking over the mobile app development industry for both Android and iOS. For example, 'Swift Vs. Kotlin: Similarities And Differences Every Developer Should Know' article is a must-read for iOS developers who wish to keep up with the trend.

To be honest, migrating your existing Android codebase to Kotlin is an exciting process that also requires some patience to pull it off successfully. But in the end, the overall outcome will be worth the effort.

The Android app developers can also reduce their extra efforts by ensuring that they already have a couple of unit tests in your existing application codebase before starting the migration process and porting java.

To stay updated with more such informative articles, click on that ‘Subscribe’ button and be a part of the MobileAppDaily family.

PREVIOUS The Advantages Of Hiring A Custom App Builder in 2022

NEXT Mobile App Development Statistics And Predictions For 2021

How to Use APIs for Mobile Apps to Develop Faster & Smarter Apps? A Complete Guide

The past few years have seen a rapid evolution in customer experiences and digital technologies. We have new patterns and approaches that support seamless and enhanced digital experiences.This has seen developers value server and client integration more than before. However, this transformation

Dope skills an iOS/Android Developer must Hone in 2022