In December, Netflix stopped the access to sign up for the iOS users from within the app. 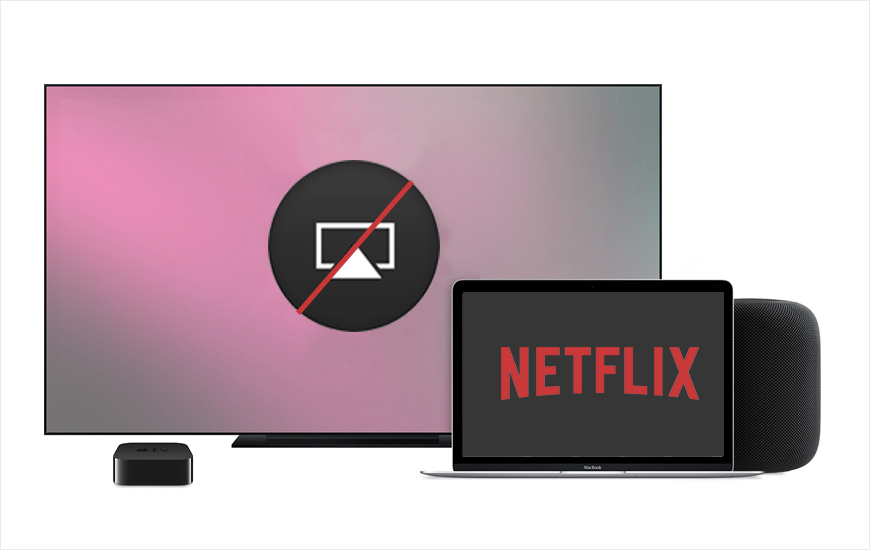 Yes, as per an updated support document listed on the Netflix website, the Netflix app for iPhone and iPad has been dropped off. There is no specific reason specified for the Netflix support for iOS.

Apple has only stated that the AirPlay support will be revoked on iPhone, iPad, or iPod touch due to "technical limitations."

“Airplay is no longer supported for use with Netflix due to technical limitations.”

Also, the AirPlay icon is removed from the Netflix app and still, the user tries to activate AirPlay via Control Center, the user will be greeted with an error that says “cannot play title, please try again later.”

A Netflix spokesperson vented his thoughts to the MacRumors on the discontinuation of AirPlay support on iOS devices,

"We want to make sure our members have a great Netflix experience on any device they use. With AirPlay support rolling out to third-party devices, there isn't a way for us to distinguish between devices (what is an Apple TV vs. what isn't) or certify these experiences.”

“Therefore, we have decided to discontinue Netflix AirPlay support to ensure our standard of quality for viewing is being met. Members can continue to access Netflix on the built-in app across Apple TV and other devices."

Presently, the exact reason behind the withdrawal is not known and with time, we expect Netflix to clarify its move to all the iOS users. AirPlay support on the Netflix app was available since 2013 and was reportedly working until this week.

On the other hand, the withdrawal of Netflix doesn’t seem like a serious issue for the iOS users, as Netflix app can be accessed over Apple TV, consoles, smart TVs, iOS devices, and more. It was just that AirPlay was much more convenient to watch Netflix content.

Netflix’s move to end its partnership with AirPlay was made evident in the last December itself, as the video-content platform stopped allowing iOS users to sign up for Netflix within the app and also, Netflix kept itself away from Apple's TV app, which further makes it unavailable for the "Up Next" feature of Watch Now.