iOS 12.4 beta version is out for the developers. 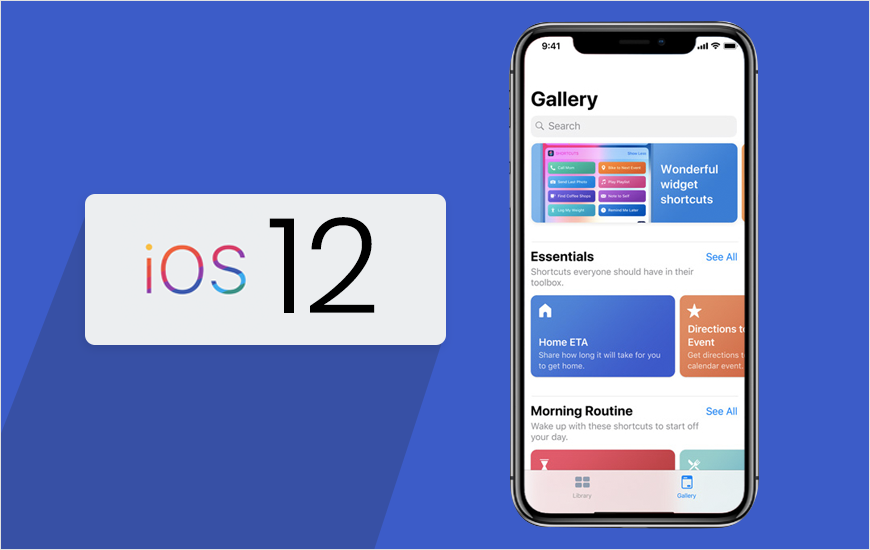 iOS 12.4 is expected to be rolled out before the commencement of WWDC, as it has not been officially announced.

Currently, iOS 12.3 is the latest and the stable version of the iOS operating system until the time iOS 12.4 is not released, but it is anticipated to come out by June 3.

However, iOS 12.4 beta version is already available for registered app developers. If we go by the rumors, the new iOS 12 version won’t carry many changes, but users can expect an Apple Card Tie, among other minor upgrades.

Apple has collaborated with Mastercard for its Card Tie, which is a secure credit card made of titanium.

iOS 12 Timeline and its Features

Following are the various iOS 12 versions that are being rolled out till date:

The first version in the iOS 12 timeline was 12.1, which was closely followed by 12.1.4. It focused on bug fixes and the Group FaceTime eavesdropping vulnerability.

Then there were 70+ new emojis and option of Group FaceTime for up to 32 users. Apple even extended a new feature which allowed the user to adjust the photo background blur (bokeh) in real time.

The other notable features that came along iOS 12.1 version was the eSIM support, but it wasn’t much successful as most of the mobile carrier doesn't support this feature.

The second version of iOS 12 carried Apple News+ subscription that offered over 300 magazines and newspapers at a cost of $9.99/month. It also introduced some minor control center design tweaks, which allowed users to directly control their Apple TV from virtual remote available in the control center.

Apple made sure to update the Animoji list as well, which saw four new Animojis in the form of masks giraffe, shark, warthog.

In iOS 12.3, the layout of the Apple TV app was redesigned (which made way for Apple TV Plus) and a few bugs were also fixed. Before that, iOS 12.2 provided Apple News+ subscription and four additional Animoji, followed by new features in iMessages.

This iOS update was quite crucial for Apple due to the popularity of Android Q and Google pixel 3  smartphone, which significantly dropped the Apple devices sales.

NEXT Time To Say GoodBye To BlackBerry Messenger