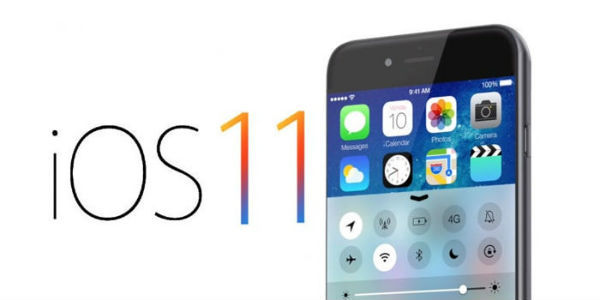 Apple’s WWDC 2017 is active in  San Jose, California, and the whole world and developers from across the globe are awaiting the things to come out of the company’s bag. This year Apple is boring iOS 11 for Apple users with more enhanced and advanced functionalities. Apple has introduced iOS on the very first day of the event and share its prominent new features. The developer version is available for the developers to test and understand the new platform and the beta version will be released later this month for the iPhone users. The full version of the iOS 11 will be available with the public release in fall for the 5S And later, all iPad Airs, all iPad Pros, the iPad 5th generation, the iPad mini 2 and later and the iPod touch 6th generation.

Here are the enhanced features in the iOS 11

Apple has redesigned the App drawer in the message. Now the user will find some more options and easy to share the content of the messaging app such as Starbuck gift cards or Apple Music Songs.

To sustain in the rising competitive market Apple has added another feature to the iOS to transfer money. Now you can transfer money just by opening the Apple Pay through the messaging app and transfer the desired amount to another from debit and credit cards using Apple Wallet. There is an additional feature too if there is discussion is going on about money in the Message App Siri would ask you amount sending or receiving money via Apple pay.

IOS have updated and made more efficient by providing multiple results when you search for a query and real-time language translation. Whenever you ask for help from Siri there will be a built-in real-time language translation feature. Initially, Siri will support only Chinese, German, Italian, Spanish, and French. In addition to this Siri has new male and female Voices to express more naturally.

In iOS 11 the camera is upgraded to support the High-efficiency Video Coding feature for more high definition pics. This feature enables the camera to support 2? compression but the video quality won't be compromised. Live photos are also editable now so you and there is one more technology-enabled in iOS 11 High-Efficiency Image File Format (HEIF). This feature automatically reduces the size of the image taken by the iPhone 7 and iPhone 7 Plus without compromising the image quality.

The lock screen in iOS is more customized than the earlier ones. Now you can see all the notification at one place by just sliding down the cover sheet from the top of the screen. From new notification to the missed one all are present there for you to get notified.

Do Not Disturb While Driving

This feature is added to the platform by keeping the safety perspective while driving. This feature is given to make sure drivers keep stay focused on the road by turning notification silent automatically. Drivers also can send auto-replies to their favorite contacts to let them know you are driving.

These are some prominent features in the coming iOS11, still here a lo new updates that will be noticed once the beta version hit the market.

BBC iPlayer went live at the Christmas Eve of 2007. It is an internet streaming, television and radio service where you can catch-up with the programs that you might've missed. Initially, the programs were available for only seven days after their broadcast due to copyright reasons. This duratio

A new artificial intelligence (AI) chatbot has taken the internet by storm. Humans are asking it questions that are chatty, sometimes humorous, and eerily lifelike. Yes, we are talking about ChatGPT - a chatbot based on the language model GPT 3.5. This viral tool has gained huge traction fo