Instagram confirmed it as a bug after people were unhappy about the new update. 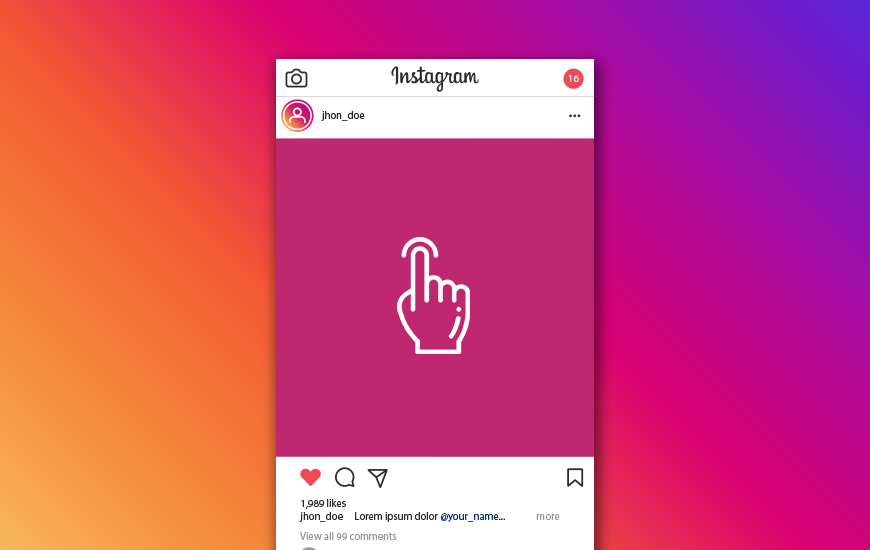 A couple of months back, a news took rounds that Instagram is testing a new way to move through posts that will bring a more efficient way of fast forwarding through stories to the feed and company did roll out the feature for a short period replacing the previous vertical scrolling with the horizontal tap-to advance, like with stories.

Instagram immediately confirmed that it was a bug after users complained the new Instagram update felt awkward and annoying.

An Instagram spokesperson confirms that they are still testing the navigation style in Explore,

“Due to a bug, some users saw a change to the way their feed appears today. We quickly fixed the issue and feed is back to normal. We apologize for any confusion.”

According to the head of Instagram, Adam Mosseri, Instagram was just attempting to test the tap-to advance feed feature with a small percentage of users, but a bug caused a much broader rollout, covering more people than planned. Adam stated,

“Sorry about that, this was supposed to be a very small test, but we went broader than we anticipated.”

I have the new Instagram horizontal scroll interface. I’m sure this will not be met with any backlash WHATSOEVER. But seems maybe intended to reduce mindless vertical scrolling? cc @mosseri comments at the end pic.twitter.com/fwmtbfjFaf

The Instagram new feature makes it easier to move between posts when compared to scrolling which cuts off the top or bottom of the post if not adjusted properly. But scrolling is a better and sensible way to browse while it reveals the author of the post first, then the content and finally the caption. Whereas, the tap-to advance could make users’ eyes fit around the screen in a very exhausting manner.

It's possible that Instagram can bring the update to the feed in the future but considering the reactions and feedbacks it got, the social media platform has to reshuffle its ideas.

PREVIOUS Why Is Fortnite So Popular In The USA?

NEXT Global Artificial Intelligence Conference: Everything You Want To Know