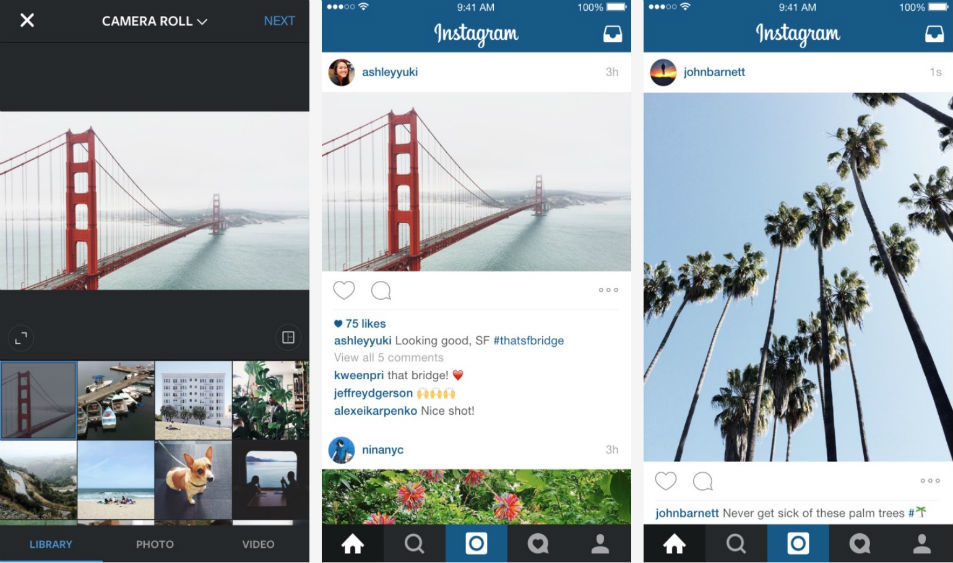 Finally, Instagram added the option that users were craving for a long time. Instagram, now lets you post portrait and landscape images in a single album.

In February, the company added the feature to post up to 10 photos together in a single post with the name album. After the update, the users were excited as they can share more images with a single click. However, the feature allows posting only the square-format photos to the users. Now, with another update from Instagram users can post the images with landscape and portrait format  instead of cropping it down to a square.

In Spite of this curb on the multi-formatting option, the upgrade is a good addition to the platform. The portrait images give a better view on the smartphones as they cover the whole screen. To use the portrait and landscape option both Android and iOS user need to upgrade the app with the latest version available in the respective application store.

Starting today, you can choose landscape and portrait formats when sharing multiple photos and videos in one post. pic.twitter.com/Lg1wiuRzxT

“After we first rolled out in February, these posts could only be made up of squares. Now, when uploading your photos and videos, you’ll have more creative flexibility with the ability to share in landscape and portrait formats,” Instagram posted in its recent blog post, ”

The social media platform also mentioned the other changes by saying “Over the past weeks, we’ve made other improvements to posts with multiple photos and videos. You can now edit tagged people after you’ve posted and, on iOS, you can save these posts as drafts if you aren’t quite ready to share them”