Although VR technology is yet to go mobile, there are many app sectors that can brace the technology in 2020. 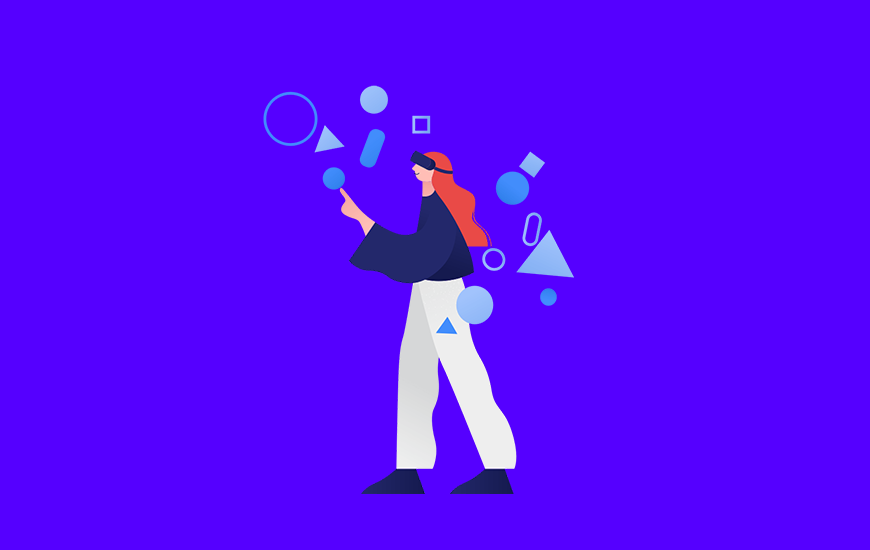 Virtual Reality technology, one of the next big trends in the technology sector, may already be here but it’s yet to go mobile. App owners of industries including gaming apps, e-commerce apps, etc. will need to adopt VR in future to compete against the leading competitors. Here are the top four industry that are most likely to go mobile post VR adoption.

Uses of VR in the Entertainment and Gaming Industry

Gaming and entertainment industry together value over $260 billion a year, worldwide, making it two of the most lucrative sectors for app owners to launch an app. However, with the highest-grossing apps being games like Honor of the Kings and Perfect World and streaming services such as Netflix and YouTube, app owners competing in these categories will need the added ‘oomph’ in their apps to stand a chance of discovery.

That’s where virtual reality technology comes in. Today mobile apps that use VR technology in their services have not just created a more immersive and boundary-less experience for end-users but also encouraged a new style of directing.

The film directors will now need to shoot all the surrounding areas, for the film to be available in VR, adding an element of replayability to all movies and games. With VR technology, the same movie or clip can be seen in a new perspective every time. Similarly '4D Movies' that are yet to hit the cinema screens will target all five senses while giving a make-believe experience of wind, rain, and movement using the cinema seats to make the movie lets you be fully immersed like you are actually in the movie.

As for the gaming industry, cities like Melbourne have adopted VR gaming Arcades with state of the art virtual reality equipment that is yet too expensive for personal use. Gaming experience as offered here offers a glimpse of the VR revolution that gaming apps are yet to witness in the near future.

Uses of VR in Education

Of the many sectors where uses of VR technology will be implemented, benefits of VR technology in the Education sector will probably witness the most impactful changes. Students will no longer just consume information from textbooks or computer screens but live the knowledge they’re being imparted.

Be it history, geography, or foreign Languages, students will be in the middle of the action traveling back in time, seeing human evolution, etc. Similarly, art will longer need sketching boards or wooden logs, students will be able to build birdhouses with virtual wood.

Uses of VR in Shopping

E-commerce industry and the associated apps are both profitable and highly competitive. If an e-commerce app owner wants to challenge bigwigs such as Amazon, Alibaba, and Walmart, he/she will need to learn more about uses of Virtual Reality technologyto e-commerce apps.

VR in e-commerce will bridge the long missing link between digital window shopping and real-time trial. Once e-commerce apps have VR trial rooms in their apps and see how the products really look and fit, shopping-in-person will cease to exist.

The idea of VR trial may seem a distant dream but companies such as IKEA have already started researching using virtual reality technology in their offered shopping experience. IKEA, for example, has created a software that allows users to see how their kitchen will look with a certain piece of furniture or appliance in the room. Users are able to enter the shape and size of the rooms they are looking to test allowing them to see if the products they buy from IKEA will actually work for the home before they buy them.

Similarly, car manufacturers are also developing virtual reality driving zones that allow people to test the vehicle they want to buy without damaging the car. All of these services in the near future will be carried through company based apps with VR support.

Outdoor clothing companies such as North Face are already raising the bar of VR shopping experience by developing its own virtual reality media that allows users to climb on famous landscapes like the Yosemite Mountains while wearing North Face products and be notified of the many beneficial features of the clothing in relation to the surrounding environment.

How to Use VR?

While Virtual Reality technology is already here, it is yet to go mobile. Any app owner looking to cash in on the next big thing in the mobile app industry must start investing time and money to develop VR technology based apps. Remember, people don’t know what they want unless you show them what they can get. Companies like IKEA and North Face among other bigwigs are already leading the race. How long will you take to catch up?

NEXT How a shopping spree inspired a billion-dollar startup?

A new artificial intelligence (AI) chatbot has taken the internet by storm. Humans are asking it questions that are chatty, sometimes humorous, and eerily lifelike. Yes, we are talking about ChatGPT - a chatbot based on the language model GPT 3.5. This viral tool has gained huge traction fo

List of Top Metaverse Platforms in 2022 that You Should Know

These top Metaverse platforms are trending in 2022 and making the concept of Metaverse more accessible for common users. Keep reading to know how!Businesses from all over the world are exploring ways of targeting the present and future user base of Metaverse to provide virtual services with new