How Has the Launch of App Store Impacted Businesses With Time?

Presently, there are around two million apps available on the Apple App Store. 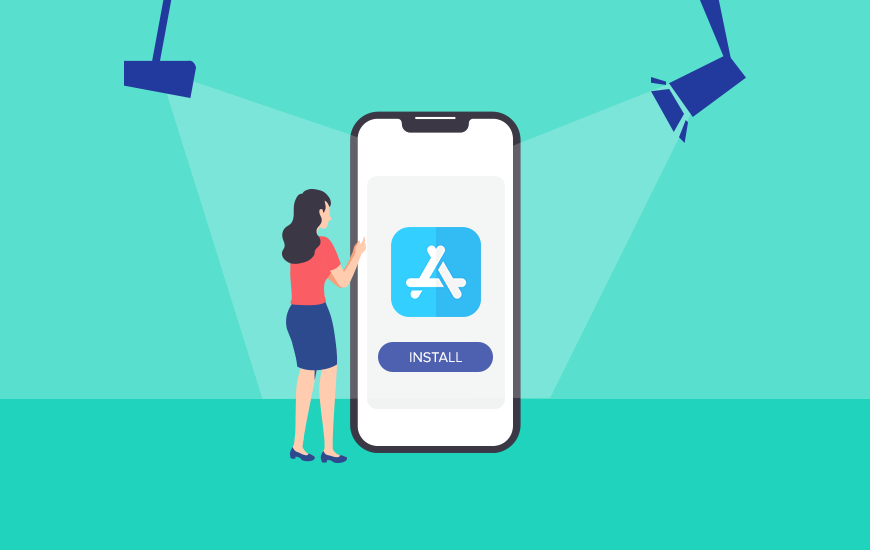 It was 10th July in the year 2008 when the iPhone App Store was launched. The move from Apple was historic, as it allowed the iOS customers to avail of a wide variety of pre-loaded applications.

Predictably, the competitors were soon to follow suit and in no time, there were numerous such imitators of ‘App Store’ were launched. These were basically services for various mobile app development companies.

After years of its existence, we are bringing you a brief flashback of the App Store and the ups and downs faced by Apple to keep its application store going.

The Journey of the App Store

If we go by the App Store history, Apple filed for a trademark on the term ‘App’ which actually implied ‘Apple App Store.’ However, a federal judge denied the plea for the trademark. The term ‘app’ soon grew to be one of the most popular words in the ‘tech world’ and is now in use across the globe. The word app also won the ‘word of the year’ award in January 2011.

Later in the year 2013, Apple was quick to announce the launch of ‘Appstore.com,’ which was, in fact, a link that leads to their apps. It went a step further with the release of iOS 10.3, which allowed the users to communicate with the developers. It was an enhanced feature, as it later allowed users to rate and review apps by themselves. Apple further allowed users to rate other user’s reviews as ‘helpful’ or ‘not helpful.’

On the back-end, Apple instructed its developers to respond on time, clearly and timely. The tech giant made sure to filter the queries based on priority. The ethical training was also applied, as the developers could not imply any of their own manipulations of the feedback. The responses were enlisted below certain users’ reviews in the App Store and the users received notification via mail when a concern was attended to.

To put it simply, all of its efforts aided Apple to get all the inspection work for all the software on macOS and iOS App Store in place. Nowadays, each app is reviewed and checked for viruses and malware even.

Why Prefer App Store at the Very First Place?

Unlike many other third-party application stores, the App Store has distinguished its services. Right from providing instant service to secure gateways, App Store has almost everything that a user can ask for. For your better understanding, the following are the various benefits of the App Store that makes it a preferred pick:

When a user goes ahead and installs a certain app from the App Store, the user is accordingly notified if an update is currently available. The best part about this feature is that you can also install various updates in a single go. 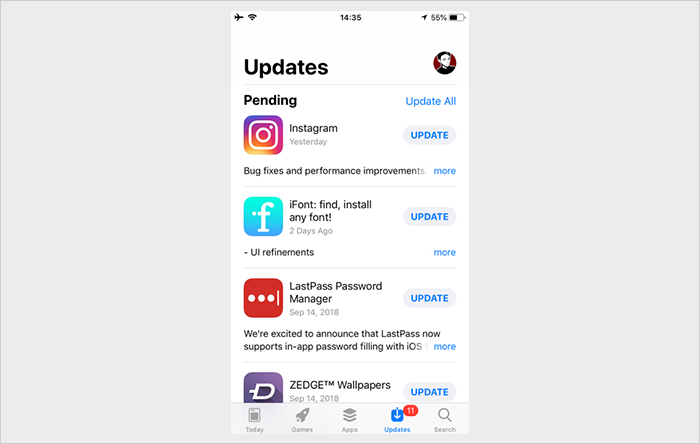 It is one of the best factors provided during the iPhone application development. In this, the user quickly gets familiar with the App Store and learns how to operate it likewise.

Apple is one of the most credible platforms in terms of safety and security. According to a study, more apps are rejected by the Apple App Store than the Google Play Store. Due to the same, people are more comfortable downloading apps via the App Store.

After the developer publishes the app on the App Store, the familiarity of a single store operator makes it convenient for the user to use, update and relay up rather than anywhere else.

The best part about the App Store is perhaps the variety that it offers. Right from the education learning apps to matchmaking apps, the App Store gets you completely covered. The App Store, in today’s time, has about two million apps within. It is a stark contrast to what started as just a few hundred in the beginning. 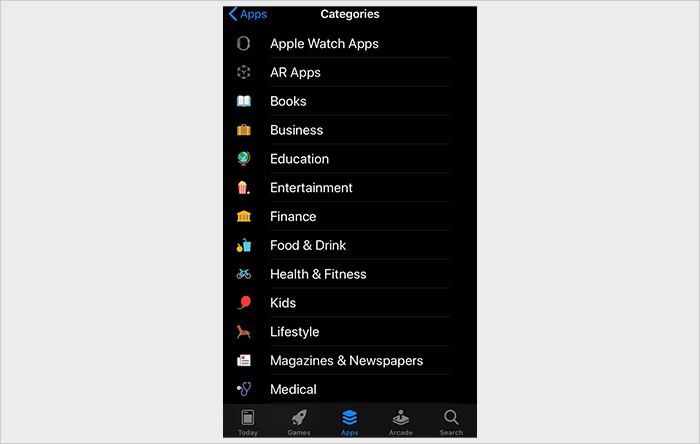 iTunes is another significant highlight for Apple users. It’s entirely exclusive to the users only and no other app development company offers this service. The users also get an insight into the most downloaded apps, as these are the most prominently featured apps.

The customer service offered for the App Store is one of the best and has been praised far and wide. In fact, many of the new updates are introduced to help customers enhance their experience.

Since its inception, the App Store has created an even-handed platform where anyone can jump into to exercise their marketing initiatives. Similar to the Google keyword searches, the app with the right app store optimization strategy can outrun others and rank higher in the search result.

Apps are a remarkable customer loyalty tool and thus, it’s crucial to frequently update the content and encourage the users to check back regularly. Like this, the companies can drive engagement at par with others. 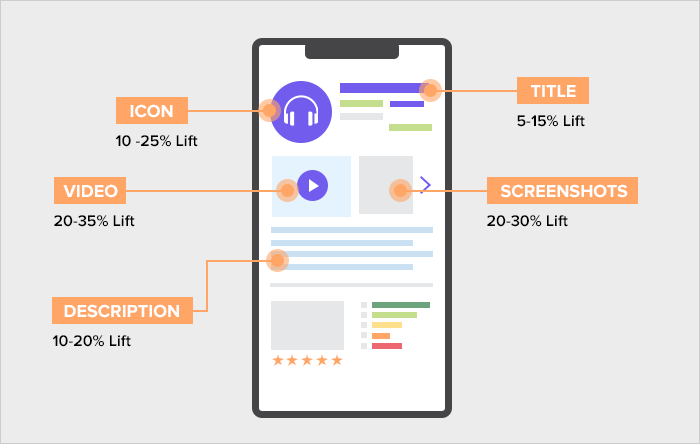 With time, Apple has been successful in setting an altogether new benchmark for iOS apps. The company’s approach is not just to cater to the users, but to keep the developers in the loop,  as well. It aids industries to keep up with the latest technology trends and embrace the same in their operations.

The transformation of the digital age has pushed the developers to go for the modernization of the existing data to the iOS apps. The wide portfolio includes various services that involve both the customers and the enterprise applications. Accordingly, the companies have started customizing the services.

There are existing various iPhone app development companies, which are more concerned with the skilled team of professionals that are trained to customize iOS development services. The various services that are taken care of are:

The performance optimization, marketing, and much more fall under the services offered. These companies have various scalable and high utility apps that are developed to increase and improve productivity.

Interestingly, Play Store has more apps as compared to App Store, but if we talk about the revenue, it’s the App Store that has an edge over the Play Store. The worldwide gross app revenue of Google Play in 2019 was $29.3 billion, whereas, App Store was way ahead with $54.2 billion.

The above-mentioned stats clearly prove the dominance of the App Store over the Play Store. Moreover, the existence of dubious and malicious apps overtime on the Play Store has somehow boosted the users’ trust in the App Store. The following are some other reasons that make App Store a preferred pick over Play Store:

NEXT Tips to Host Your Business Mobile App in 2022

Now, the easier answer to this question is the subscription cost. Well, yeah, that’s one of the factors through which Netflix earns. But that’s not it. The Netflix revenue model includes multiple factors of making money which we will discuss further in this blog. But before that, let&rsq

Omegle is one of the best online chat platforms for users to connect with random strangers from across the globe. Since its inception, this platform has gained huge popularity because it allows free texts and video calls between users while being anonymous. However, the site is poorly moder

Source of Funding to Get Your Business Off the Ground

You have already completed stage one if you have a unique business idea and the perseverance to see it through. But is that sufficient? As an entrepreneur, you would have thought of how to start a multimillion-dollar business and what are the primary sources of funding for entrepreneurs. Yo

An Insight into Best Mobile Banking Trends of 2022

With evolving technology, just like every other sector, banking and finance evolved as well. Currently, users find it more convenient to manage finances over smartphones instead of traditional banking hassles. According to a statistic shared by Think With Google, 73 percent of smartphone users have