Google Allowing People To Experiment With News Through "Bulletin" 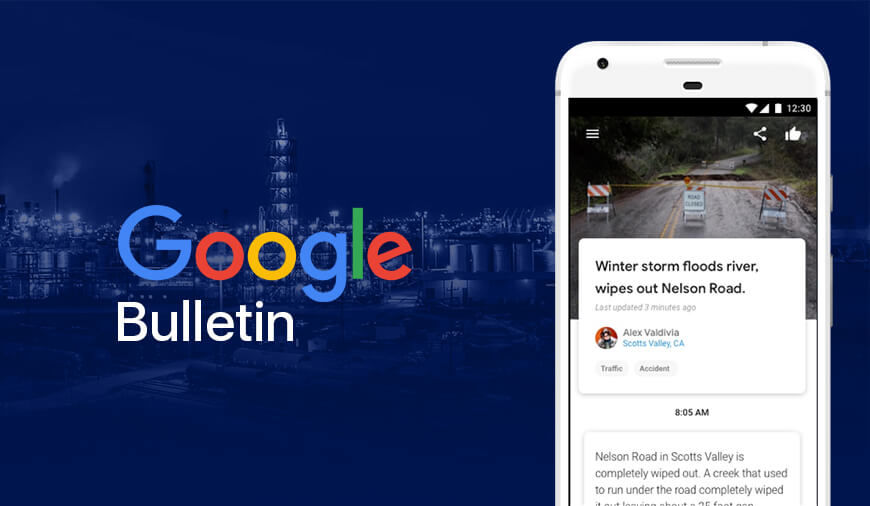 Google loves experimenting and this time it is trying to cheer up the folks with “Bulletin”. The tool/device/app is in the experimenting phase right now and is designed to allow people publish any news or stories or event in their native language. Bulletin is all about an app for contributing hyperlocal stories of different communities over a platform just from your smartphone. The app is designed to make native story publishing effortless for those who would love to contribute stories.

The app is in a “limited pilot testing” in only two cities Nashville & Oakland. Google’s spokesperson confirmed the news by quoting, “This is very much in the testing phase and aimed at hyperlocal stories and events for people to share, and for local media to take advantage of. “People everywhere want to know what is going on in their own backyard at a very local level, ranging from local bookstore readings to high school sporting events to information about local street closures.”

Google explains Bulletin as a lightweight news app that would allow users to captures photos and video clips from their phones to publish the same directly to the web. The move from Google is an attempt from the giant to compete with channels having a strong foothold in sharing whatever is happening local areas. At a time when people love to share everything in and around them through the tweets or other live streaming options, Google is planning a step ahead to offer a medium that would effortlessly help them to share the news with locals.

The bulletin may prove to be a useful application for reporting the events like an accident, any fight, a fire or something else like reporting a natural event happening to any nearby location. Moreover, if anyone would like to promote a local event, Google’s Bulletin app can lend a helping hand for that too. The giant’s move is also seen as an attempt to compete with local news resources like Patch that is quite popular among locals when it comes to sharing news and other local feeds.

Google is trying to get in a space that is already owned by some socially popular figures as Patch; However, it will be interesting to note how much success the giant gets in an attempt that is, for now, is one never-tried-before endeavor from the Google.

NEXT Top Bitcoins Facts That Will Surprise You For Sure