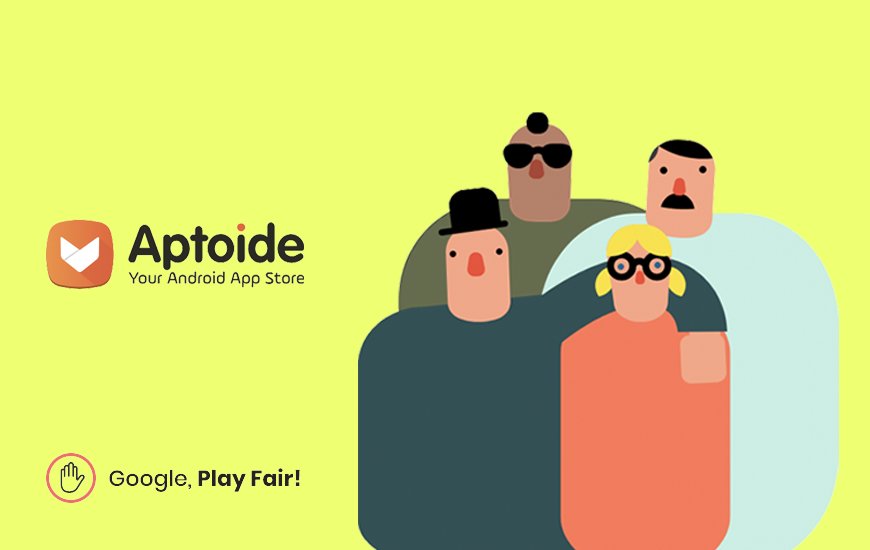 Google has been accused by Aptoide for not letting other Play Store alternatives to be visible on its Store. Also, since Android is not completely controlled by Google, Google does not have the authority to force any ban on app even though some guidelines are set that are required to be followed by app developers.

After a series of investigation, European Commission imposed a $5 billion penalty on Google, last summer 2018, for antitrust abuses. However, this hasn’t stopped rivals like Aptoide to complain about Google’s anti-competitive behavior.

Google Play Protect flagged Aptoide as a harmful app in the summer of 2018, hiding it from users’ devices and requesting them to uninstall it.

Google Play Protect is an in-built anti-malware for Android devices to protect its users from any attack by spammy applications. But this does not justify its flagging of Aptoide as several studies suggest that Aptoide is an absolutely safe marketplace for users. This resulted in the decline of Aptoide user-base by 15-20% since 2018.

Since Aptoide is not available on Google Play Store, users who download it externally get a notification from Google, saying its a harmful app by giving options to uninstall it.

To make third-party app stores work, users have to go to Play Protect settings in Google Play Store and deactivate it. Learn more about how Play Protect works. Although, this can be really complicated for everyday users.

To help spread the word, the company has created the website GooglePlayFair.com, which reminds us of the website Spotify created about Apple earlier this year.

The Apple App Store and Google Play Store may have global recognition, but they aren’t the only app stores with the best free apps that farewell. For any app owner looking to launch their app, the Apple-Google hegemony forces them to pit their app against 2.1 million Android apps and 1.8 milli

Most mobile smart device users have read and viewed some of the numerous articles and videos expounding the virtues that surround the abundance of Android apps listed on Google’s Play Store.However, due to Google’s massively restrictive internal policies that necessarily must attempt