In this article, we have compared the best messaging apps - Google v.s. Samsung messages. 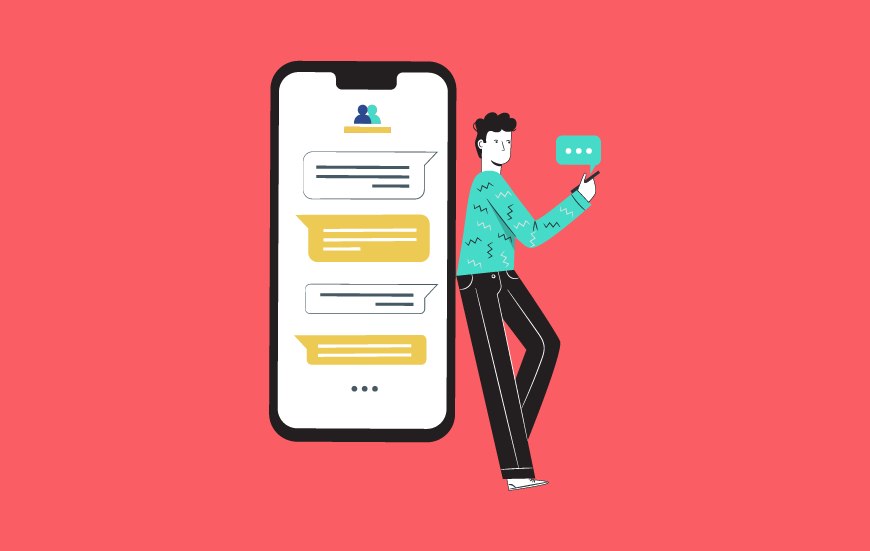 Text messages or SMS are a major part of online communications in our everyday lives. With the invention of messaging apps like WhatsApp and Telegram, it is believed that text messaging services have decreased over the years. However, it isn’t true. Amidst the rise of third-party applications, texting remains a popular way of connecting. Over 6 billion SMS messages are sent daily in the US. This demonstrates having a fast, and easy-to-use messaging app can help in several ways. Moreover, people are also inclined toward secret texting apps that allow them more privacy while protecting their identities. You can explore these apps if you are into texting.

Both apps perform the same function but are different in various ways. So, which is better, Samsung messages or Google messages? What are the differences? This article will compare both apps in terms of UI, features, speed, specifications, and more to better understand the app. So, without further ado, let’s start with the review of Google messages vs. Samsung messages.

For over half a decade now, Google has tried to pursue manufacturers to use Android Messages as their default. But given the fragmentation in the Android system, it has been a challenge to address them. On the other hand, we have Samsung, which continues to reject these offers and still uses its own messaging app called Samsung messages. With this, let’s compare Samsung vs. Google Messages to understand the core functionality and their look and feel. Both Google and Samsung Messages apps look exactly the same except for a few minor differences. The Google Messages app shows a single line of the latest text under each conversation, whereas Samsung displays extended length in two lines. Upon launch, Samsung messages arrange conversations from the bottom half of the screen for easier one-hand control, and the top half shows unread messages. Google Messages arrange conversations normally from the top. Although, you can swipe up on both apps to arrange them from the top.

Also, Samsung Messages show a small icon beside unread messages with a number of new messages, whereas Google messages simply bold them to stand out by putting a small dot on the side. Samsung Messages show two tabs - conversations and contacts. It also offers an option to add categories. Google Messages identify unknown numbers and simplify them by adding spaces. Samsung lacks this feature, as numbers are displayed without any spacing or formatting. Both apps support the MMS protocol for multimedia communications. You can send images, videos, recordings, emojis, GIFs, stickers, and more. But the Samsung messages app forces you to use a Samsung keyboard instead of a Gboard to send stickers. Moreover, you can share your location and contacts, schedule messages, save drafts, and add subject lines to both apps. However, only Google messages allow sending documents up to 307KB and even mark your messages as urgent. With Samsung messages, you can send calendar invites via text or a VCS file and send respond with quick response messages. The chat features in the best messaging apps (Google and Samsung) are the same as both apps support sending messages on the internet. However, a few tweaks are required to deliver a 100% success rate. Google Messages can use the internet to: Both message apps allow notifications whenever a new message is received. Google messages certainly win this due to the more AI options it offers. The first is automatically copying the OTP message code to the clipboard whenever you mark the message as read. Also, Google Messages give the option to delete OTPs after 24 hours. On the other hand, Samsung Messages notification shows message details, mark them as read, and view message options.

Additionally, Google messages support text bubbles just like the chat heads in messenger, offering a unique texting style to end users. Samsung messages do not support text bubbles but can open a small popup to respond to messages. Also, both apps support pop-up notifications on Samsung smartphones and Galaxy watches. Samsung vs. Google Messages comparison becomes more interesting as we learn more about the search features in the apps. Samsung Messages app offers a search icon, whereas the Android Messaging app (Google) offers a search bar. While using the search bar option in the best messaging app for Android, you can see two rows- People and Categories. Under the people section, you can check out the recent users you’ve interacted with and tap on anyone to search through that conversation. The conversations option in the Android Messages app shows starred images, videos, places, and links. By touching on any options, you can open up conversations with that particular category. For instance, tapping on starred messages will show all the messages that you have starred.

While exploring the Samsung messages app, you can see it shows offers, transactions, and upcoming events under its useful cards tab. Also, it allows you to create more categories according to your preferences and usability manually. Also, the contact tab allows easily finding and texting your favorite contact.

You can see spam detection in both Google vs. Samsung messages apps, but Google messages are ahead in this game. Google uses its own service to identify spam messages and send them to the spam folder. Whereas Samsung messages take the data from Hiya. Although it allows users to report spam messages in the app, it can be noticed that segmentation is sometimes missed, and spam can be found in conversations.

The Samsung messages app does not have a video calling feature in its messages app. However, it can be found in its phone calling app. You can switch to video calling if your carrier supports it. On the other hand, Google messages offer a video call option that uses Google Meet to call the person. However, the video call feature via Google meet is only possible if both the sender and the receiver have the app installed on their devices.

Both Google and Samsung Messages apps support link previewing, and it falls under a standard feature. Google messages come with link filtering options allowing users to filter out what’s necessary, can be used, and trash. It also allows downloading over Wifi. On the other hand, Samsung messages only offer to enable and disable this feature.

The apps support messages for the web. However, Cross-platform sync is better on Google messages. To access your messages on the web, like WhatsApp web, you can visit messages.google.com/web on your laptop or PC and scan the QR code to enjoy texting on the web. Samsung does not offer a built-in web messaging service but by using Samsung SideSync, you can send messages from the PC or laptop. The last thing to compare in this Samsung Messages vs. Google Messages review is the app's settings. In the Google messages app setting, you can explore and change functionalities for chat features, notifications, and ongoing sound, change the user’s country, deliver reports, manage group messaging (MMS), auto-download MMS, and auto-download while roaming. On the other hand, the Samsung Messages app allows you to manage notifications, MMS, broadcast channels, message center, input mode, quick responses, and delivery reports.

Hope you liked the information shared above and it helps you finalize which messages app you should choose between Google messages vs. Samsung messages. Certainly, Google messages apps offer more functionalities than Samsung text message apps. However, people choose to use the Samsung messages app due to its efficient One UI as it increases the bar for Google messages too. Apart from these, several top messaging apps are available on the marketplace that you can try out to have an ultimate texting experience. These apps are free to use and help revolutionize our social circles with additional features and enhanced calling qualities.

NEXT The 7 Ps of Marketing - A Pocket Guide for Entrepreneurs

An Insight into Best Mobile Banking Trends of 2022

With evolving technology, just like every other sector, banking and finance evolved as well. Currently, users find it more convenient to manage finances over smartphones instead of traditional banking hassles. According to a statistic shared by Think With Google, 73 percent of smartphone users have

If you are enthusiastic about the mobile gaming world, you must have noticed the evolution it has seen. From Java mobiles supporting games such as Bounce and Jewel quest among others, we are living in the era of PUBG and Call of Duty: Mobile. Modern mobile games are smarter, and richer in terms of g

No matter how hard you work on perfecting your app, there is going to come a time when you receive some negative feedback. What would be your first instinct if you received a 1-star review that ripped your app to shreds? What about a 2-star with some constructive criticism?If you are among those