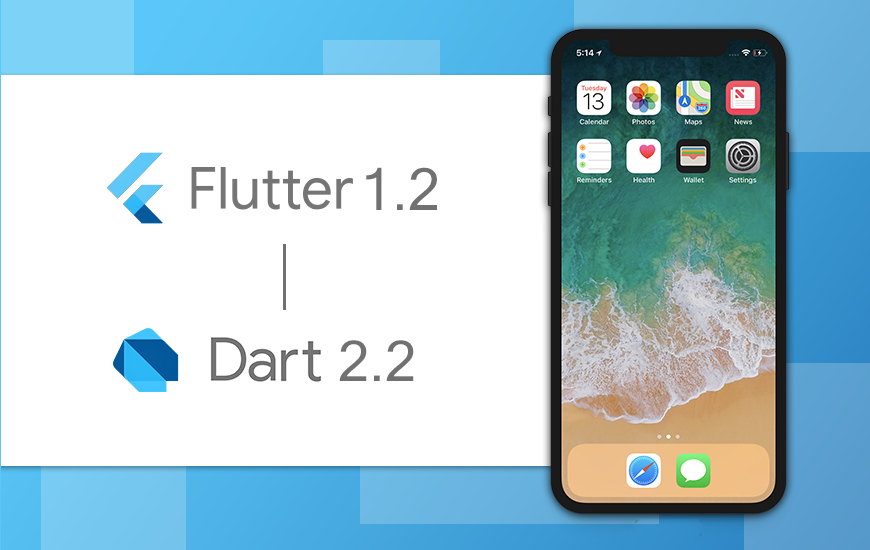 The wait is over now as Google has launched the highly anticipated Flutter 1.2 SDK update along with the Dart DevTools which is a web-based suite of high-level advanced programming tools.

Although Flutter is a new addition to the list of app development frameworks, it has created a place for itself among the different communities of mobile app developers. In other words, Flutter is a UI (User Interface) framework that can be used for building cross-platform native applications that are highly interactive as well as fluid in nature, mainly for Android and iOS platforms.

This process of mobile app development is done by using the programming language of DART which is also created by the tech giant Google.

The Background of Flutter

The first ever stable release of this cross-platform development toolkit, Flutter was released almost three to four months ago. And now we have another major Flutter update lined up along with the Dart DevTools release, just a few weeks after the announcement of the HummingBird project.

At the Mobile World Congress i.e. MWC 2019, Google made the huge announcement of releasing its initial feature update for the Flutter 1.2 framework. With the Flutter 1.2 feature launch, the company also mentioned the release of a brand new web-based suite of programming tools, which are known as Dart DevTools.

What’s New About This Flutter Update?

Flutter 1.2 can also be considered as one of the high-level projects of Google that the organization seems to be working on constantly. With the help of these updates like Flutter 1.2, Google is working on improving its performance as well as the stability functionality of this framework.

In this mix of launches and updates to the Flutter framework, the company also seems to be focusing on adding some innovative app development tools.

With that being said, let's look at the new Flutter 1.2 feature that has been announced by Google. As we know flutter Is going to change mobile app development in the coming days. There are mainly two things that you should know as a Flutter app developer, which are as follows:

The official team of Flutter developers has added quite a few plug-ins in order to make the app development framework more wholesome. As per many experts, another major addition is the support provided by Flutter for the in-app purchases as developers can now integrate their IAP purchased with Flutter 1.2 in their mobile apps. In addition to this, Google also introduced Android App Bundles in this update of Flutter.

With this new Flutter update, Google aims to deliver the pixel-perfect image to its end-users. This being one of the main reasons why they have updated both the widget sets i.e. Material and Cupertino respectively.

Apart from this, you will also notice a Robert Penner-inspired set of motion and animated functions in the Flutter 1.2 update.

All About Dart 2.2 And Dart DevTools

Even though there are various ways of writing in Flutter but using DART programming language is one of the most popular ones. Here, the Flutter developers can only use officially supported platforms like Android Studio, Visual Studio Code etc. 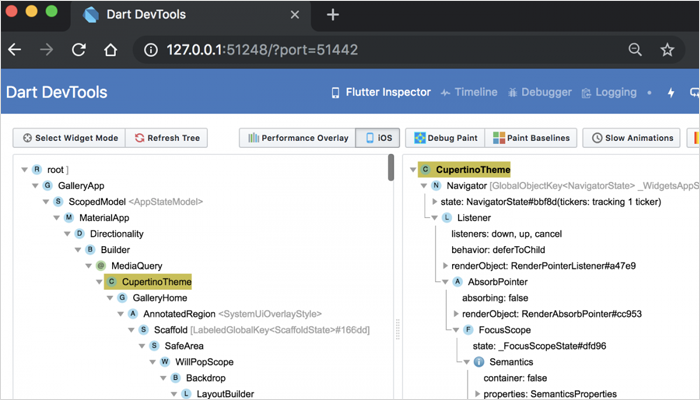 With the latest update of Dart DevTools, a number of interesting and efficient features have been added to the list, which will make the app developers' job easier. Basically, Dart DevTools is a web-based programming suite of app development tools that primarily focuses on easing the issue of debugging and analyzing the entire code of the app.

This suite of programming tools is packed as per the need coding need of the Flutter developers with respect to the Android Studio and Visual Studio Code. It has been said that this new Flutter SDK release will further motivate more companies to opt for flutter applications.

As per the announcement made, Dart DevTools is supposed to focus on the below-mentioned capabilities: 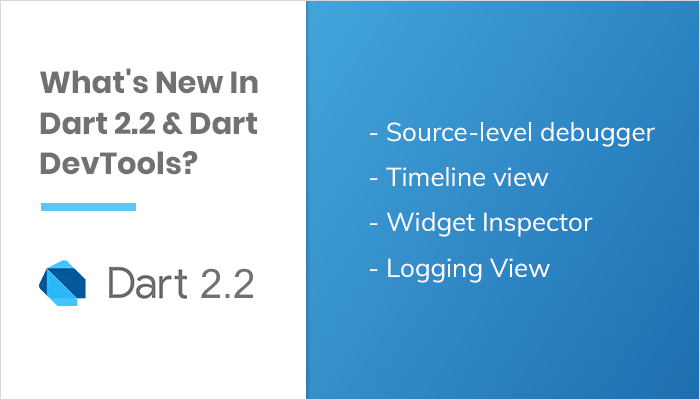 Here is a list of all the crucial updates about Flutter 1.2 that are mentioned in the article above:

Along with all of this, the latest update of Flutter framework also provides support to the Android App Bundles which is basically a new packaging format that helps in reducing the size of the app and also enables the additional features, for example, dynamic delivery, especially for Android applications.

So what are you waiting for? Join our constantly growing family by clicking on that ‘Subscribe’ button now!

NEXT How E-commerce App Can Increase Customer Lifetime Value