Now fill out the forms without leaving your email app, browse image carousels and much more. 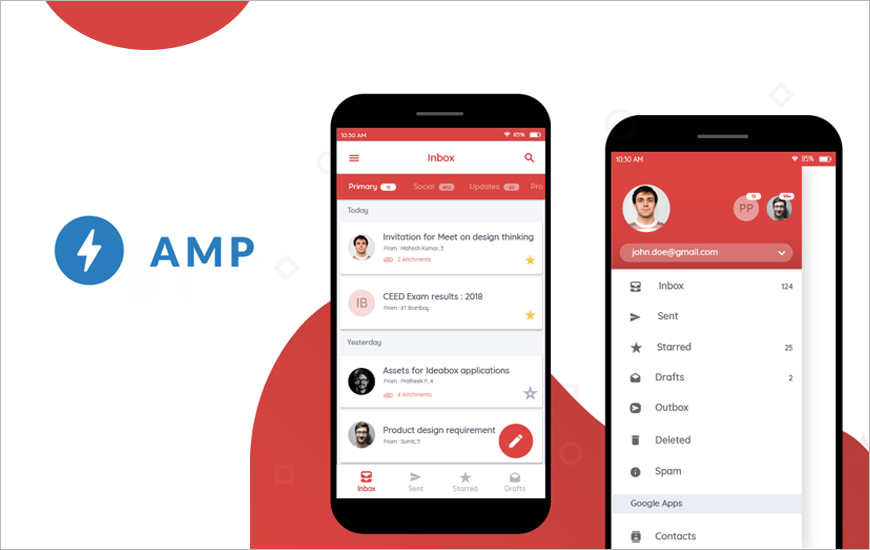 Google has released an AMP for Gmail, officially bringing the ability to change emails into documents and dynamic web page-like experiences from static emails.

A little more than a year ago, Google announced that in due course it would start supporting AMP in Gmail. Google has finally rolled out a beta to the general Gsuite that will allow users to browse RSVP for an event, image carousels or fill out a questionnaire without going outside of their inbox.

“Over the past decade, our web experiences have changed enormously—evolving from static flat content to interactive apps—yet email has largely stayed the same with static messages that eventually go out of date or are merely a springboard to accomplishing a more complex task. If you want to take action, you usually have to click on a link, open a new tab, and visit another website.”

The support for AMP emails will arrive initially on the web, then later on Google says it plans to provide it on smartphones as well. You can only experience the dynamic emails if the sender of the email supports the AMP format.

Over the next few weeks, we can expect dynamic emails from the list of Gmail’s AMP partners that include Pinterest, Booking.com, Doodle, Nexxt, OYO Rooms, Despegar, and Ecwid, Freshworks and redBus.

Several other third-party email products, including Litmus, Amazon SES, SparkPost, Twilio Sendgrid, and Pinpoint, have also signed up for AMP support. If as a marketer you already utilize these tools to send emails then you should be able to create dynamic emails shortly.

Developers can use this format very easily, primarily if they have earlier experience of building AMP pages. These messages, however, include a standard HTML markup as a fallback for email customers that support AMP.

It is noteworthy that you don’t need to use Gmail to see dynamic emails. Third-party providers like Outlook, Yahoo Mail and Mail.ru will support the feature. You just need to opt into the beta to use this feature for third-party email service providers.

There have been mixed reviews of AMP for Gmail. Some users like fewer tabs at the time of opening emails with calls to action, while some have indicated that the new format is complex and can lead to privacy problems.

PREVIOUS Apple iOS 12.2 Update Is Out With Features Like Apple News Plus, And More

NEXT Why Are Android Launchers Becoming Less Popular in 2021?