Releases From Google I/O 2018 That Matter 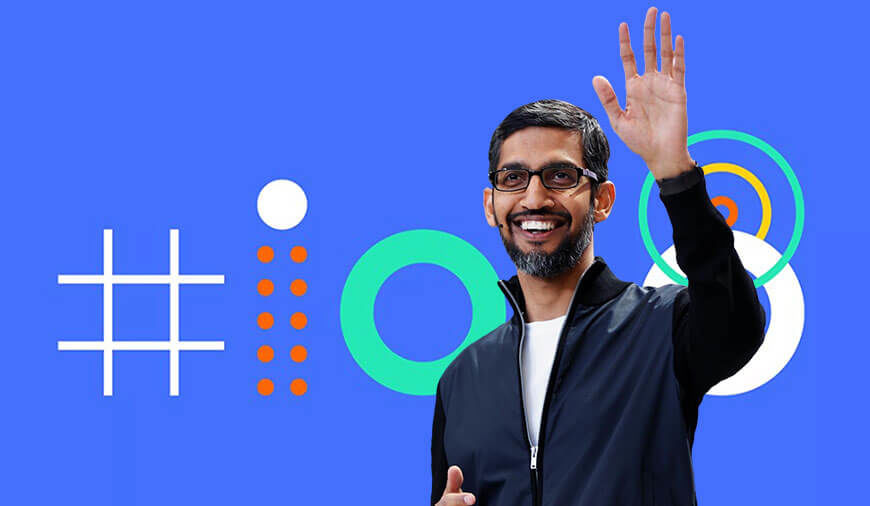 The Google i/O, just like every year was a tech-geek-studded affair. There was pretty much everything in order to make the affair a grand celebration, which is obvious enough to expect from any of the Google-backed events. However, what dominated was none-other than Google’s top priority, working on the latest “technology”. And, what else you can expect from a event that is graced by the tech-geeks from across the globe.

Let’s see what Google is up to for the upcoming years:

Google has pretty much excelled with AI and now it’s the time for the giant to share the developments that are coming across. With AI, Google plans to rebrand its research division to Google AI. This signals how much Google is emphasizing on the natural language processing, neural networks, and R&D on computer vision besides AI.

Here is How Google Announced The 1st Release

Announced as “continued conversation”, the update is more about Google Assistance. Now, talking to the Google Assistant will get more natural. Like always the users will have to start conversation with “Hey Google” or “Ok Google ” but only at the start of the conversation. No need to repeat the jargon everytime you ask a query within a conversation. 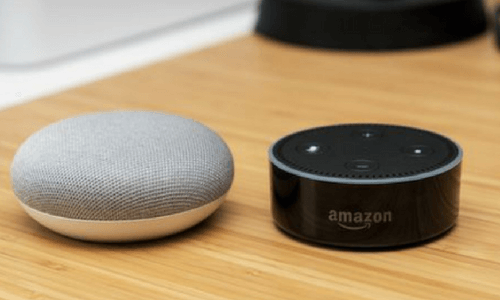 Having a conversation with Google Assistant is still not effortless, the “Hey Google” sometimes abrupts the flow when a user is communicating with the Google device. Chances are the assistant may not get what you are asking for and to help the assistant understand your query you may need to trigger a fresh series of questions. Starting this conversation again with Hey Google of course feels uncomfortable and thus the Google has come up with the solution.

Here is How Google Announced The 2 Release:

Google makes way to edit photos with built-in editing tools powered by AI. It is now easier to create collages, movies, and even stylized photos.  The AI tools that users will have includes B&W photo colorization, brightness correction, and suggested rotations.

It is Google’s attempt to get better with visual search. Google is becoming the hub of collecting all your photos and memories in order to get better at image recognition. And, that is not a hard nut to crack for the giant. It has got all the potential to woo the users by offering robust photo-editing tool powered by AI. Each photo that Google gets from users makes it get more data to be better at image recognition. At its core, Google is a research agency, the more data it gets, the more idea it gets about the users.

Here is How Google Announced The 3rd Release

Google is working to launch smart display this July and it will be powered by Google Assistant and Youtube. Additionally, the company is investing resources into building its visual-first version of assistant including a screen to justify users’ experience with the device.

Smart device inside in their ambiance is something that every one of us wants. Google, keeping this very point in the mind is building the device that is assistant at its core but will also offer a visual delight to the users. Google’s voice assistant is quite common and now the display addition could add more to the same.

Here is How Google Announced The 4th Release

Google Maps will have Google assistant, which will be made available for Android and iOS users likewise. The idea behind this addition is to offer better recommendations to the users. Google maps is a great offering for the users, adding customization to the same would mean offering more streamlined experience to them. The new features would include recommendations for local places. And for the same, the giant will include combination of elements including camera/map combination that very much looks like you have jumped inside the map. Google Lens will play a prominent role in this direction. 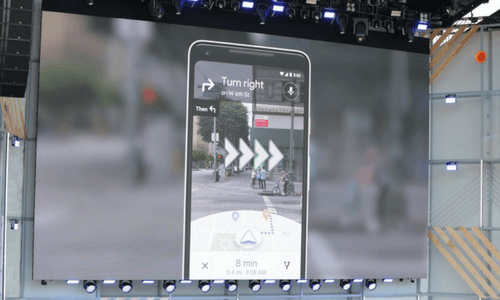 Everyone knows Google Maps as one of the prominent offerings from the giant. And, with the AI, there is a lot of excitement around Google Maps in case it gets combined with the technique. Remember that Pokemon Go, the augmented reality game that took the users by storm? Google Maps may provide offerings similar to that. With this phenomenon in the Maps, it will look like an effortless attempt to go through the maps. Well, with Google, things pretty much end up with data and again this Google-provided capability would help the giant to suck more data from customers devices. 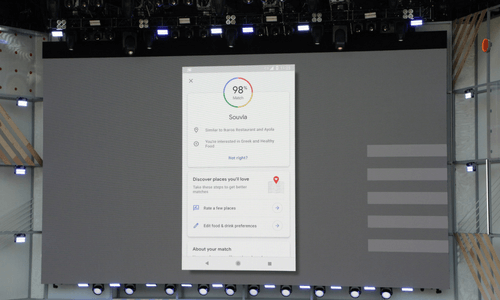 Here is How Google Announced The 5th Release

Google’s 5th release is more about its third generation of silicon, the Tensor Processor Unit 3.0 to get in to the customized AI hardware heat up war. As per Google CEO Sundar Pichai’s words, the new TPU pod is 8x more powerful than last year. It can now perform with 100 petaflops in performance. Google is joining hands with every possible company that could help it elevate the status of its machine operations along with machine learning endeavors. 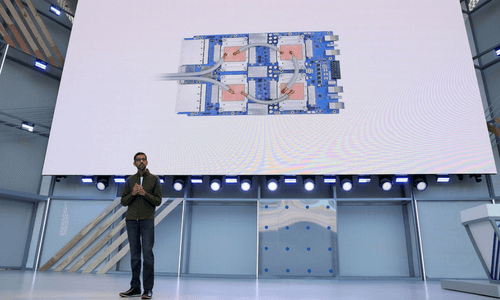 There is a continuous race between the companies to create the best machine learning tools for the developers. Be it on the framework level with the tools like TensorFlow or PyTorch or an innovation at the hardware level, the company who will provide such an offering with the developer will have the cutting-edge advantage over other organizations. The move seems visionary for the Google as it is looking forward to building its cloud platform GCP to get into a serious race with the Amazon AWS and Microsoft Azure.

Here is How Google Announced The 6th Release

With this new release, Google is planning to walk parallel to the Facebook in terms of leveraging AI in the revamped version of Google news. This revamped version will “allow users to keep up with the news they care about, understand the full story, and enjoy and support the publishers they trust.” it will include elements Google has in the digital magazine app along with support from YouTube and Newsstand in order to introduce new features like “newscasts” and “Full coverage”.

Google could make big with this endeavor as Facebook is still struggling to get its status back from the recent #deleteFacebook trend, prior to that Facebook was enjoying a great share of profit from the global users through the news feed that is powered by AI. Now, that Facebook is not that prominent it used to be, Google can pretty much cash the opportunity now. 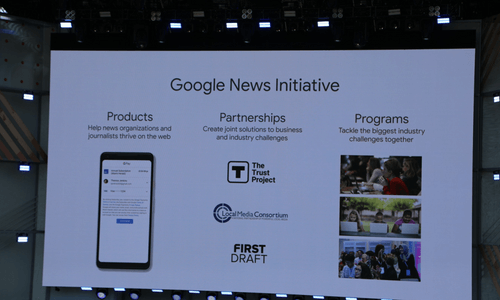 Here is How Google Announced The 7th Release

The last but a very prominent offering from Google was ML Kit. It’s a new software development kit for the developers that allow them to use pre-built Google provided machine learning into the app. And, the additional perk is that the offering is pretty much available for the iOS users too. The model has been built to support barcode scanning, image labeling, landmark recognition, face detection, etc.

With machine learning, there is a new wave of use cases for image recognition and speech detection. Frameworks like TensorFlow has made it easier for the developer to create applications with the tools it offers. Development kit like ML will help to lower the development obstacle for the developers. 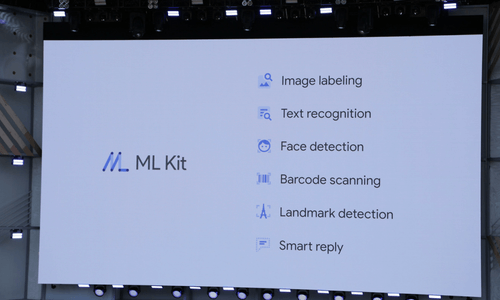 In addition to all these details, other major highlights include Android P’s beta availability for the public and Gmail becoming able to write any kind of email itself of course with the AI assistance.

NEXT Google Explicate Its Stand On AI Voice Calling System

Apple's Siri Is No Competition For Amazon's Alexa, Proven At CES 2018

Apple, the tech giant known for its revolutionary inventions every year to amaze the people around the globe. The iPhone maker that has changed the face of smartphone industry in 2007 with the launch of the first touchscreen phone. Moreover, it became the most valuable company in the world, but thin

Apple Store app receives a new update in the form of its 5.0 version that comes with new options and a refreshed user-interface. The iPhone maker pushes the redesigned update Store app and claims it to be more personalized and informative than ever. The new search tabs and shopping features will hel