From Anthos to Google Cloud Code we have covered everything. 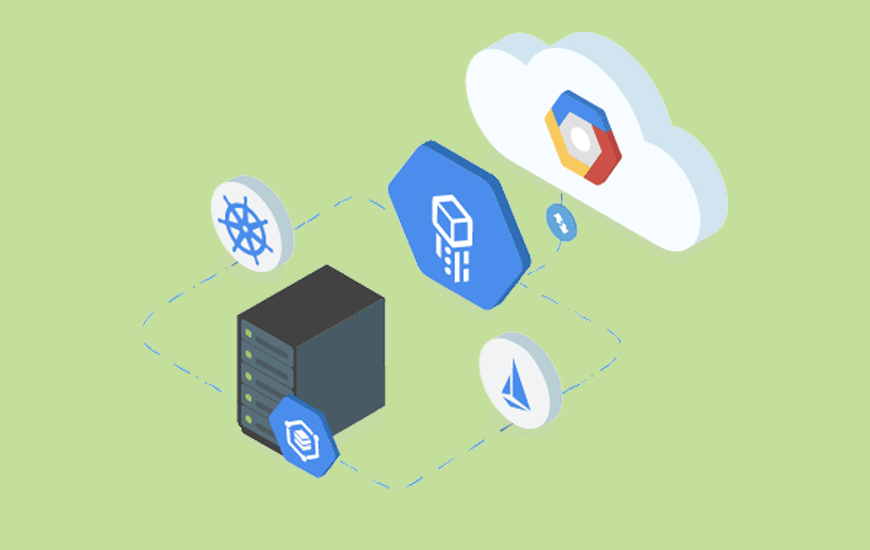 This year the tech giant, Google is back again with their annual year that is the Cloud Next developer conference, which will be taking place in San Francisco this week. There's no denying the fact that the Google Cloud Next event is one of the most exciting conferences.

In addition to a mystery concert for this programming event, there is also a list of the most important announcements that is creating a lot of excitement for the app developers and tech enthusiasts.

Major Announcements From Google Cloud Next 2019

Below are the top Google Cloud Next announcements from this year’s event: 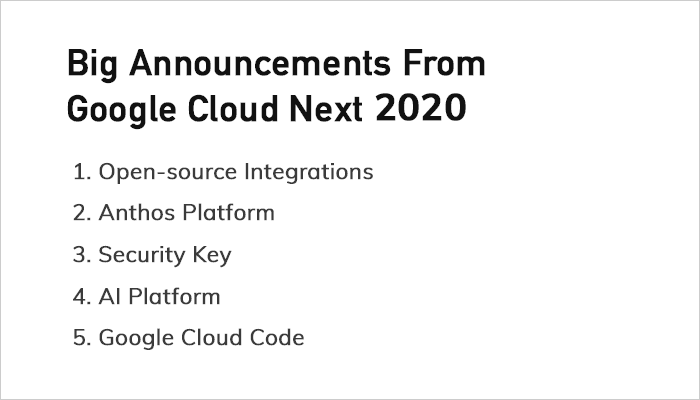 The first major announcement made by Google was related to Open-source integrations into the Google Cloud Console. As per the statement, the company will be moving forward to deeply integrate the products of a wide range of open-source organizations into its cloud.

This will essentially make them first-party services. Also, some of these partners are Confluent, DataStax, Elastic, InfluxData, MongoDB, Neo4j, Redis Labs, etc.

This step of involving open-source integrating can act as a great advantage Google Cloud customers who might also be using some of these services already. For example, users can get a single bill and access for support purposes from these organizations, while managing all the services from a single console.

Anthos is basically the new name for the Google Cloud Services Platform, which is managed by the company itself as a service to allow enterprises to run applications in their private data center as well as in Google’s cloud.

Along with the new name, Anthos, the company also expanded the platform's support for AWS and Azure, which can be referred to as its competitors’ cloud platforms. This platform will allow the majority of enterprises to use a single platform while running on Google’s cloud.

This platform can be utilized to deploy and also manage their various on any cloud. With this, enterprises will be receiving a single bill and have a combined dashboard where they can manage all their applications.

If you look at the recent updates, there has been some research going on transforming your Android phone into a security key. This can be explained as a replacement so instead of using a physical security key to enable two-factor authentication, users will now be able to use their Android 7+ smartphone as a security key.

This can be easily done by setting up your Google Account along with your smartphone. The main aim here is to properly use Bluetooth to provide that extra second factor. At present, this feature only works with Chrome, but the company hopes to make this functionality into a standard one that other browsers, as well as mobile OS (operating system) vendors, can support.

Another exciting announcement is Google’s AI (Artificial Intelligence) Platform which the organization aims to use to fight its main differentiator i.e. AWS, Azure and Co. Google is already offering a wide range of AI tools that range from app development tools and services for advanced data scientists.

For instance, AutoML, a service that has the potential to automatically train models and doesn’t even require a PhD. This new AI Platform offers an additional end-to-end solution for more advanced app developers mainly for ingesting data and testing models for the process of pre-built models.

Google Cloud Code can be defined as a set of plugins and extensions for popular IDE’s, for example, IntelliJ and VS Code. The primary motive here is to provide app developers with all of the essential tools to develop and design cloud-native applications.

By using Google Cloud Code, app developers can easily write their mobile as well as web applications with any hassle, which will be packaged as cloud-native apps and then ship them to a Kubernetes cluster for the process of application testing.

Apart from all the above-mentioned points, Google Cloud is also focusing on the retailers. This will be done by releasing an array of specialized solutions while improving the already existing ones.

So these were some of the biggest announcements that we can expect from this year's Google Cloud Next event. Also, if you want to keep up with all the updates from the Google Cloud Next 2019 event, make sure to follow MobileAppDaily for the latest news.

PREVIOUS Here’s Why CEO Of Twitter Was Paid A Salary Of $1.40 Last Year