iOS users still have to wait for Google Assistant integration in Waze. 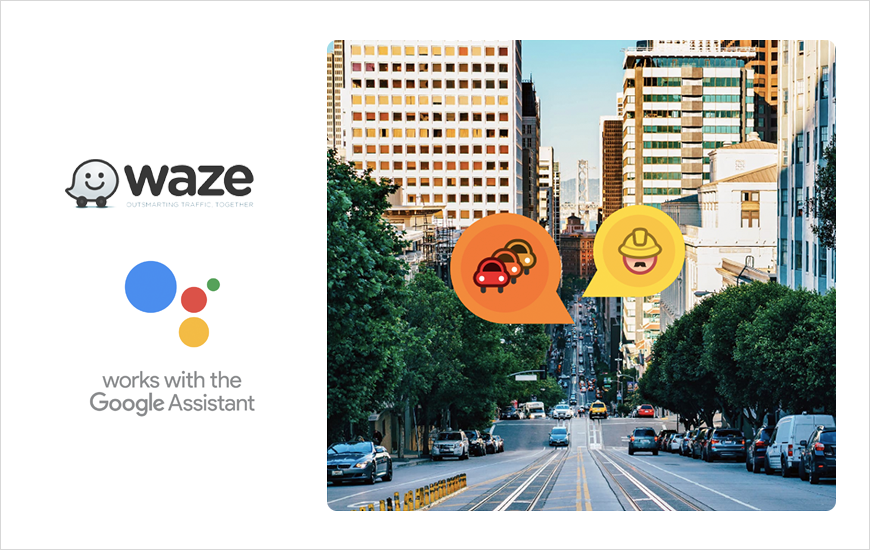 Waze navigation app, a top choice among drivers is getting a Google Assistant integration, which means easier reporting and less distraction for its users at the time of driving.

For Waze app users, announcement of Google Assistant Integration has brought a reason to celebrate. But the joy is limited to certain users as this new feature is releasing only for Android users that are based in the US. Google has not revealed anything about its expansion but it is expected to roll out soon for other users also.

Waze is a traffic and navigation app based on the community of drivers and has been one of the best ride sharing apps that share real-time info of roads and drivers can take a more active role by sharing road reports on accidents, police traps.

In 2013, Google acquired Waze and gradually started bringing Waze app like features in its own branded Google Maps, of which the most recent example is the recently released feature of speeding camera alerts.

The new feature is starting from today for Android users who have set the language of the Waze navigation app in English. Google Assistant in Waze allows the users to play podcasts and music, message and call your friends hands-free without any hassle and leaving the navigation screen.

Popular features of Waze app such as pinpointing a pothole, searching for alternative routes, reporting about traffic congestion and many more now can be accessed by using voice via Google Assistant. This will help the drivers focused more on routes, getting the maximum information and minimal distractions.

Some Waze app commands that can be accessed by Google Assistant

The similarity between Google Maps and Waze navigation app is increasing and I highly suspect that in the coming time, these two will integrate completely into one app.

If you have not used the Waze app yet, it is recommended that you to use it as it is preferred over Google Maps by most cab drivers in the US. You can download the Waze app here.

For more interesting news revolving around the mobile app industry, subscribe to MobileAppDaily.