Gmail's new update comes on the eve of April Fool’s Day but it ain’t a prank. 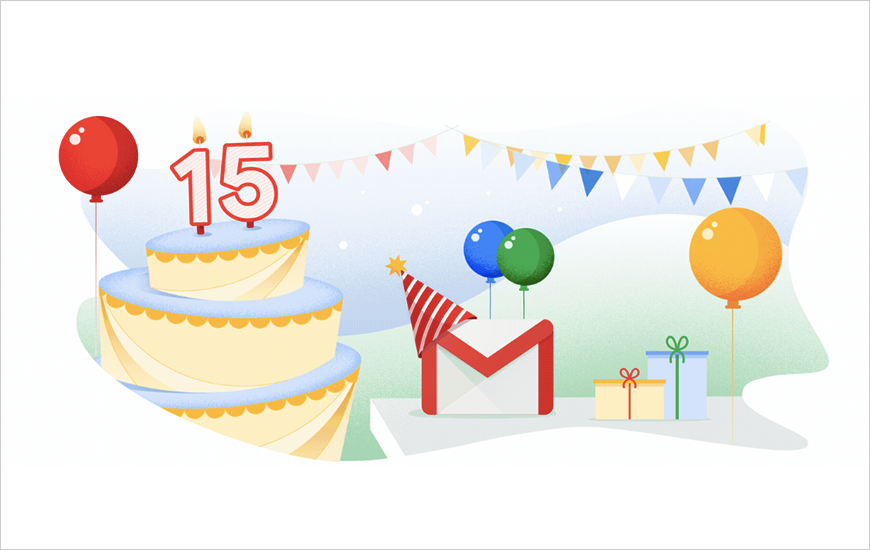 Now you don’t need to wake up late at night to send emails via Gmail to clients living in different time zones. Today, on the day of  Gmail’s birthday, Google released new updates for Gmail that includes improvements in Smart Compose and the ability to schedule the email for a more appropriate time.

Google’s web-based client has launched fifteen years ago and became one of Google’s most successful products. Today is also the last day of Google’s Inbox app, from tomorrow onwards Google will kill its services for Inbox.

Smart Compose, a feature that autocompletes your emails as you type them, will now be able to modernize the way you write the greetings in your emails. If you like to use ‘Hello’ over ‘Hi’ then Smart Compose will become familiar with that.

There is also another comfort for you at the time of choosing the subject line. Smart Compose will now recommend a subject line based on the content of the email.

In addition to this, the Gmail team announced that they have added four new languages in Smart Compose: French, Spanish, Portuguese and Italian.

Among all these updates, the scheduled email feature will attract the most attention. There will be a drop-down button that will enable the user to schedule an email to be sent at a further time. Previously, you needed third-party services to schedule emails but now they will be integrated into Gmail.

“We want to make it easier to respect everyone’s digital well-being, so we’re adding a new feature to Gmail that allows you to choose when an email should be sent.”

Gmail smart composite improvement updates are currently available on all Android Devices. Until now, it was made available only to Pixel 3 devices. The support for iOS is expected to come soon.

Recently, Google has also released an AMP for Gmail, bringing the ability to change emails into documents and dynamic web page-like experiences from static emails.

PREVIOUS Facebook's New Tool, ‘Why Am I Seeing This Post’ To Organize News Feed

Microsoft Seeing AI app for blind people was introduced in 2017 which later became popular among vision-impaired people. It used to convert visual data into audio files. Now thanks to an update of the iOS version released by Microsoft, it helps a user to discover the objects and people in the photos