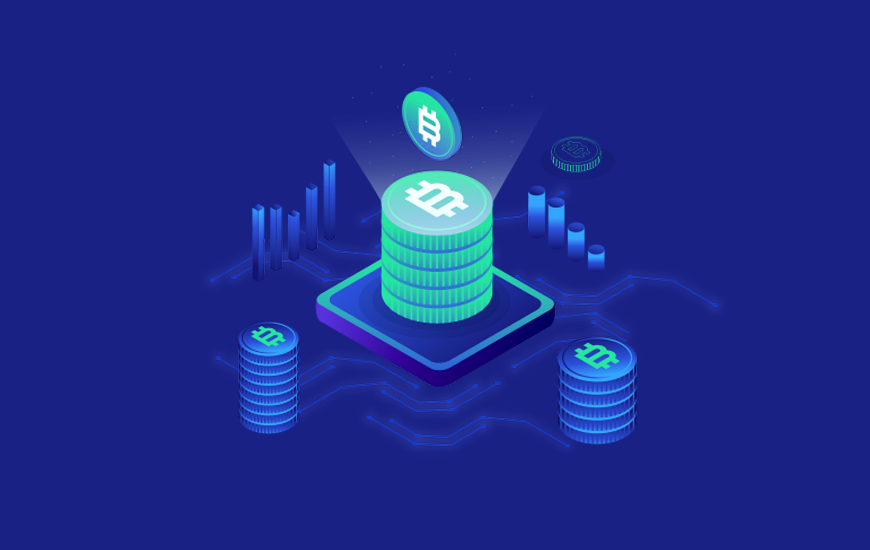 The theory of cryptocurrency started back in 1983, when an American cryptographer, David Chaum, introduced an anonymous cryptographic electronic money called ecash. The initiative taken by David was tremendous that later increases its prominence across the world and made it a secure internet-based financial exchange medium.

Cryptocurrency also gave birth to Blockchain technology that is decentralized in nature and made cryptocurrency effective for businesses looking for the best ways of transaction control and interference. The era of cryptocurrency is running prolifically, facilitating businesses with a competent and secure transaction environment. But can anyone predict where the technology will be in the next 10 or 20 years?

Predictions are tricky, especially when it comes to the future of cryptocurrency!

To bring a clear picture “why the cryptocurrency is the future” in the limelight, we have curated a detailed article explaining different cryptocurrencies such as Bitcoin, Ehtereum, and Dagcoin, and their future scope.

Bitcoin is a cryptocurrency, acknowledged typically as a computer file stored on a digital wallet that offers several advantages. These are also said to be the decentralized digital currency that needs no central bank or single administrator. So, the currency can be set here from user to user via peer-to-peer bitcoin network. This also reduces the need for intermediaries.

It has also been used as a great medium for secure transactions, but predicting the bitcoin future seems still tricky here. But still, we have some accumulated stats from Forbes that say that bitcoin price will soar high around $250,000 per bitcoin by the year 2022. On behalf of the facts, we can predict bitcoin to be in the industry for many more years.

Ethereum is a dominant cryptocurrency that started revolutionizing by introducing smart contracts, decentralized applications, and other intuitive features. Surprisingly, it became the hottest altcoin of 2017 that had picked up the rise from $9.50 to $1,500.

The surprising fact about the cryptocurrency is, it will hold around 25% of the entire cryptocurrency industry which is further predicted to account for a total market capitalization of about $4.5 trillion by the year 2020.

So, if you’re an Ehtereum investor, you can unhesitatingly choose the currency for your future investment plans. The reason is that the Ehtereum blockchain has become the second most popular in the cryptocurrency industry, empowering business and government sectors with streamlined financial transactions. It will definitely take a stronghold in the future.

Dagcoin is the first-ever cryptocurrency designed to fulfill various demands including speed of transactions, reducing the cost, lessor transaction restrictions, etc. undoubtedly, cryptocurrencies are here to stay and, when it comes to Dagcoin, the fact also proves to be true.

The cryptocurrency is also referred to as dags that were created in Estonia. This is the first cryptocurrency that has targeted the markets that are developing today. Labeling itself as an everyday currency helps it thrive in these markets.

The software company that has developed that Dagcoin is also credited for the creation of other software platforms such as the DagWallet, Dagpay, SwipeX and the Merchant Finder. Currently, Dagcoin is running with a wide community of 300000+ users which is rapidly growing on a large scale. It’s satisfying traders and business owners' transaction needs and simultaneously becoming one of the best cryptocurrency to be used in the future.

Dagcoin is different from other cryptocurrencies such as bitcoin is in several ways. For example, Dagcoin was created on top of a network called the Byteball.

This allows data to be stored in the above mentioned Directed Acyclic Graph or DAG as opposed to the Blockchain system. This allows the users previously present to be able to secure the transactions for each other since they are able to reference previously done transactions by others.

It is also allowing them to remove limits on blockchain such as the size issue. There are several benefits to using Dagcoin as well. For example, the presence of Dagcoin on a system such as DAG means that the coin holds and presents transactions to uses faster. To be exact, Dagcoin is 300 times faster and the transaction fees it holds are nearly 30 times cheaper.

If you’re passionate about investing in the cryptocurrency, Dagcoin would be the best category you can proceed with. 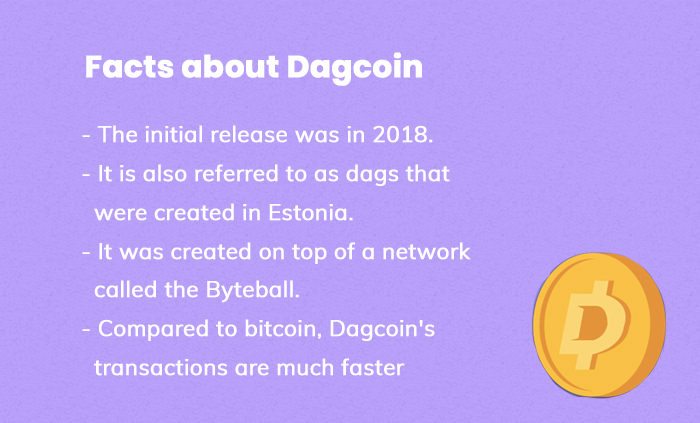 The value of Ripple is less from the currency itself and more than the Ripple Network, but accessing it requires purchasing the currency. Banks, in particular, are interested in this since the system allows them to move different assets rapidly as well as move money into different foreign currencies.

The future for Ripple looks good. Ripple's current price prediction for 2019 states is that it might reach 6.57$ bringing the total market capitalization to a point that will be greater compared to that of Bitcoin and many other prominent cryptocurrencies on the market.

To answer the question of why Ripple is going up, there is no straight answer. Positive market outlook and heavy trading have currently set it on a positive upward path. So the answer to should I buy Ripple now is a definitive yes on all fronts.

Compared to bitcoin, the transactions of Dagcoin are much faster. While bitcoin is expanding and making its transactions slower as Dagcoin increases in size, it is taking less time as the network of its users is growing.

The system it is built on, also known as Byteball, is an open-source system. The code can be opened and modified by any individual. Along with that bitcoins require a large amount of computing power in order to work, this means needing more electricity.

Should You Invest in Cryptocurrencies in the Future?

In this world today, everything is evolving every day, especially in terms of the digital economy. Here, it needs to be discussed “will cryptocurrency be the future?”

Yes, it will, as the technology already took the market by storm. The growth of this digital money made people believe that why the cryptocurrency is good to adopt.

Let's discuss why cryptocurrency has picked up such huge prominence across the industry:

Initially, cryptocurrency was taken for granted by many businesses and even government sectors. But later the miracle happened which made the simple crypto idea the crucial one for everyone, garnered over 21 million users transactional needs.

Similarly, some other prominent business tycoons and advocates made strong predictions for the future of cryptocurrency:

Should I invest in Ethereum?

Should I invest in Ethereum is a question on the minds of multiple people currently and the answer to that, in short, would be yes, as we will see Ethereum price predictions 2018 kept it at 1300 dollars and on a consistent rise being one of the most profitable cryptocurrencies.

Bitcoin was the first cryptocurrency created and works more as a system for transferring money.

The system it is built on is called the Blockchain system. Ethereum, however, expanded on what bitcoin created and today, it has a different network, an internet browser, a different method of payment and a language for coding which is different as well.

Then come questions such as should I invest in Ethereum? Well, the thing is you cannot invest in it because that is not what the cryptocurrency is called. Ethereum is the system and framework behind the overall cryptocurrency, and the currency itself is called the Ether.

The reason is that since the Ethereum system is a decentralized internet browser, so it needs a currency that will pay for the resources that are needed for the running of the application. Ether is a bearer asset and does not require a third party to process the payment.

Its only function, however, is not to act as a currency but has different uses and purposes at the same time. For 2019, the Ethereum Price projection states that the price will rise and could hit 2500 dollars and the Ethereum price predictions of 2020 indicate confidence in further increases as well.

The advantages of cryptocurrencies are evolving each and every day to the point that people are turning to it for investment or as a means for exchange as an alternative of physical money. If you are considering investing in crypto, it is best if you treat your “investment” the same way you would manage any other investments, with careful planning.

PREVIOUS Most Profitable Apps To Grow Your Business

NEXT How Much it Costs to Build an App Like Uber in 2021?