Cross-platform approach to app development leads to quick deployment and savings on budget. 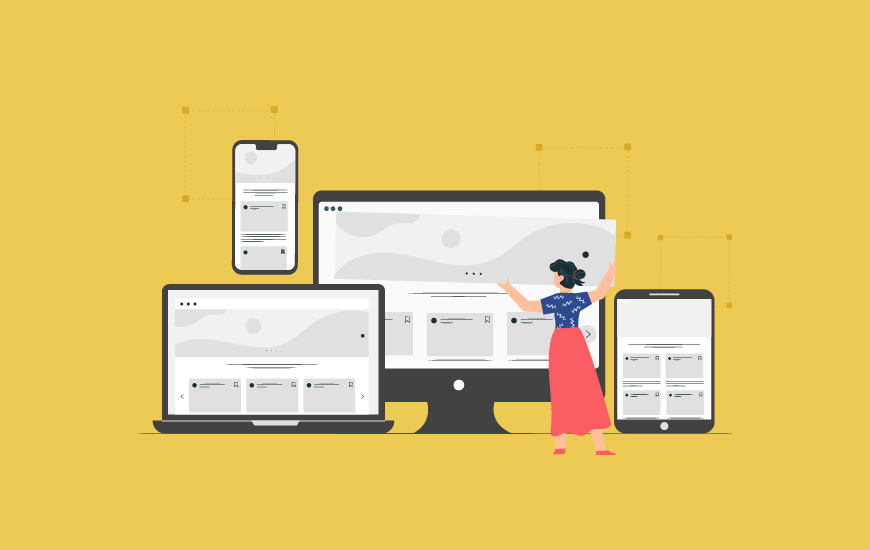 From 32 core consumer desktop processors to SSD’s reaching speeds well beyond the gigabyte barrier, the hardware is transforming at a blinding pace.

Software, however, has been a different story. Progress has slowed to crawl, and applications these days simply aren’t taking advantage of the horsepower we have on tap that today’s hardware brings us. But when it comes to app development, let’s understand why we need multi-platform apps and how it’s going to impact the industries in the coming decade.

Why Do We Need Multi-Platform Apps?

The fact is that there is a vast array of operating systems available on the market. From Android to iOS on mobile and Windows to macOS on the desktop, it is becoming increasingly difficult and time-consuming for developers to not only optimize but code applications for these platforms in the first place.

Well, these are frameworks that will allow developers to create applications for multiple platforms such as iOS and Android without having to write a code for each environment separately.

Now let’s understand the reasons, in detail, why we need cross-platform app development.

With consumer expectations now higher than ever, people want and demand applications that run as smooth as silk while not taking up any more storage.

Applications that show even the slightest bit of slowdown or technical glitches immediately put first-time users off. If they end up deleting the application, then they are unlikely to return as well.

Alongside these performance and low storage requirements, they want an armada of innovative features to keep them interested in the long run.

The simple fact at the end of the day is that most software developers aren’t able to keep pace. If one platform gets a feature, then the other riots. Developers working on different platforms can also find it difficult to keep their applications consistent across platforms.

Multi-platform applications provide solutions to this, as though mobile cross-platform frameworks like ReactNative and Flutter. These frameworks for application development are amongst the finest and most popular when it comes to developer choices. Just some of their broad range of features include but are not limited to.

Just think of the competition we have in the world of tech today. Nvidia vs AMD, Google vs Apple, competition drives innovation and leads to better products at market competitive prices. Basically, it’s a win-win situation for consumers all-around at the end of the day.

Though, this leads to another problem. With so many products that vary in architecture by a significant degree, how can developers keep up? Just check out Laptop at CES 2020: Defining the 2020s, to get an idea of what we’re talking about.

Just imagine you’re a game developer and about to release a new epic first-person shooter. However, before you can release it onto the market, you need to make sure it works just as well on AMD graphics cards as it does on Nvidia cards.

That means you have to learn the specifics of all the major AMD graphic cards, then add custom optimization code for it in your application which will, in turn, increase its size and you have to make sure it doesn’t clash with any other code. Which then results in dozens of hours of more testing.

While it’s all good and well to say that multi-platform apps will be the solution to these vast hindrances faced by developers in the software world, it's not that simple.

As you’d expect with software, these multi-platform applications have their own hurdles to overcome, and they are by no means insignificant either. 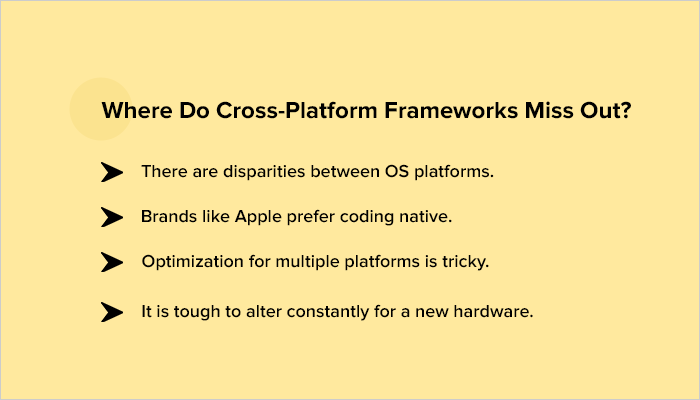 When it comes to cross-platform mobile application development companies, all operating systems have their own unique traits and foibles. Let’s say Windows doesn’t manage RAM, as well as macOS, does. This means developers creating these multi-platform frameworks will have to cater for this among countless other differences.

At the end of the day, these applications have to run seamlessly on their individual platforms, while taking full advantage of the hardware underneath. With the way to achieve this being in some cases astronomically different among platforms, you can see where the issues lie.

2. Brands Want You To Code Native

We’re fairly certain that brands like Apple will be persuading developers to code in their native languages and development platforms rather than using multi-platform frameworks like React Native.

When brands don’t cooperate, that means they are going to do everything possible to hinder your solutions. They might even find a way to ban it altogether.

Optimization is the process where you refine the code to make it run as smoothly and efficiently as possible. When you’re going to be coding in frameworks, this optimization process becomes tricky.

How do you even refine it in the first place, when the underlying structures for the different platforms are so different? The workaround that developers are looking for now is to code the initial application in a multi-platform environment and then refine it once you export the app to native code. It's not really a long-term solution.

4. New Hardware Is Constantly Being Introduced

Smartphone manufacturers release a new version of their flagships almost every year. That generally means updated processors alongside other new hardware. So once again, to constantly cater to new hardware in multi-platform development environments will be a hassle.

Now we’ve spoken about the limitations that cross-platform mobile apps development poses in front of the world. But what about the scope of these frameworks after all? Let’s be honest, while limitations are plenty and answer a few, the scope of these applications cannot be ignored. What we do need to understand is the reason why there is so much talk around these multi-platform frameworks. 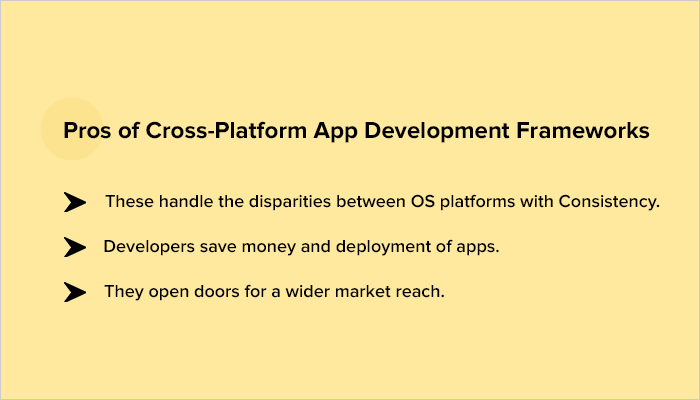 1. Consistency is the Key

There’s no doubt there are multiple disparities between iOS and Android when it comes to UX and UI. However, most of these disparities are virtually taken care of as a cross-platform app framework handles them by default, making the appearance of disparities less likely.

One thing is certain that cross-platform app development requires only one codebase. But developers still need to address the OS differences. Be that as it may, having the only codebase saves an ample amount of time in the deployment of the app.

Likewise, the budget that developers put into the development of an app significantly gets reduced. They can now use the remaining budget into perfecting their app as per user demands.

There is indeed a difference when it comes to user preferences. Some are Android users while others prefer iOS. What cross-platform apps do is expand your market base, and it’s reasonably simple to understand.

With the advantages and disadvantages laid out of how multi-platform environments will shape the future of coding. It is almost inevitable despite the drawbacks, which can be overcome as long as brands and developers play ball. Multi-platform mobile app development will be in the future.

With the rising tide of user demand, the sheer volume of new innovative hardware and hybrid mobile app development frameworks such as React-Native are already gaining massive traction. It is pretty clear that these new frameworks and development tools for building a multi-platform app will be a dominant force in the future, even if they don’t replace native coding altogether.

So if you have any opinions and want to join the conversation on the topic, let us know what you think about the multi-platform mobile development frameworks by leaving a comment in the section down below. Feel free to check out other tech-focused write-ups over at NetBookNews to gain some valuable insights straight from the tech world.

PREVIOUS Tips to Host Your Business Mobile App in 2022

NEXT Ways VPN is Changing the Internet Today

How to A/B Test Your App Store Page Creatives to Improve Conversion Rate in 2021?

More than 2.5 million applications are available today, which is why it is becoming very difficult to get hits and downloads for the app. In case your application has not been featured by editors of Google and Apple Play store, the best way to get users is via organic traffic.What happens when p

How To Improve Your Mobile App Security in 2021? Here Is The Guide

In this digitized world, mobile apps have virtually become part of our lives. From the alarm clock to booking a cab for office and from ordering grocery in the evening to late night texts, we all are covered under the umbrella of mobile apps. So, it becomes very crucial that we trust the platform on