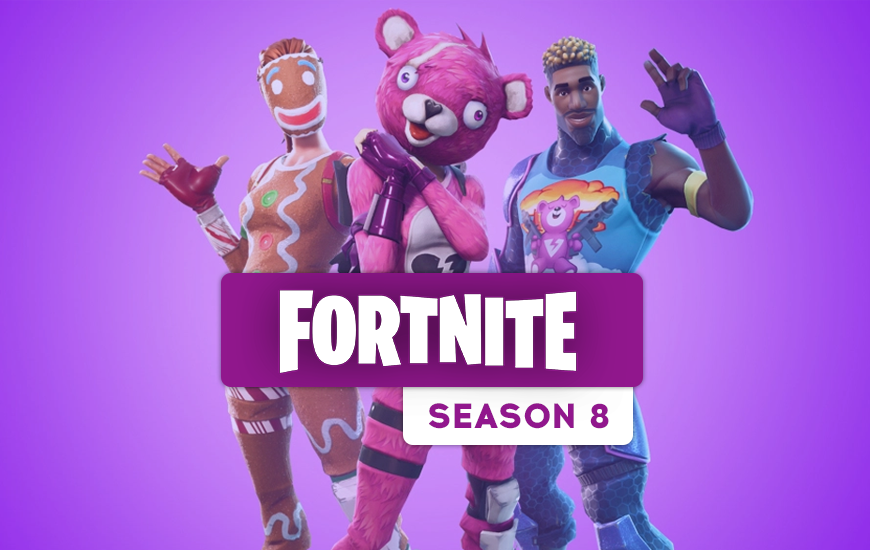 Ahoy, Mateys! Fortnite players are gearing up for Fortnite Season 8. There are a lot of new surprise elements in the upcoming new season of the Fortnite game. If you don’t have enough patience or your anxiety is rising then we are here to give you a sneak peek of Fortnite Season 8.

When Will Fortnite Season 8 Start?

From 4.AM today, Fortnite Season 8 downtime has begun, and the Fortnite’s Snowy Season 7 ended at 2 AM. Fortnite official twitter handle confirmed this update through its Twitter handle.

Fortnite Snowy season 7 and the Season 7 Battle Pass were expected to end on the Valentine’s Day i.e., Feb 14. But to get Fortnite players involved until the start of Fortnite game season 8, Epic extended the event by two weeks. It is also done to give the epic’s team a well-deserved holiday break.

When Will Fortnite Season 8 End?

The Fortnite Season 8 should end on date 9th May, i.e. the completion of the ten-weeks after season 8 start date.

What About The Fortnite Season 8 Trailer?

Yes! Epic game has just launched a cinematic trailer of the season 8. Check it out yourself.

Historically, we have seen that Season 6 was about Halloween's related apocalyptic themes with Fortnitemares and in Season 8, Fortnite game development team turned the most of the map into the winter wonderland. So logically we can expect springtime this time in season 8

Based on the two teasers posted by Fortnite’s official Twitter account, Season 8 will include pirates and snakes. But there is still a tone question left: How will the Prisoner will fit with this theme? 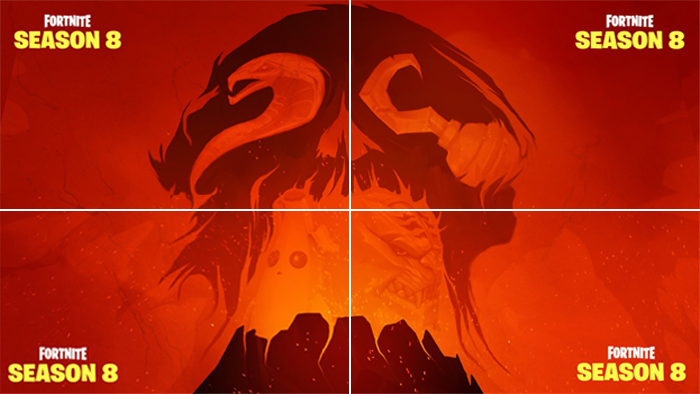 The Fortnite season 8 is difficult to predict. Putting the 4 pieces together, the eagle-eyed fans noticed a skull-looking condition, a hook hand, and a dragon-like creature. In addition, there is a freaked out looking banana presented in the teaser. We can also expect a theme inspired by lava oozed out by a volcanic eruption or shattered placed by earthquakes. Recently, most of the Fortnite game players noticed the worn out and crispy grass in the Wailing Woods area, which was used to be centered place for many players.

We can also expect some kind of new mass server-wide live event to take Fortnite into the fresh season.

Images of the battle pass skins have not been revealed yet. But as per the teaser, it will include pets and wraps. As usual, new costumes will arrive for the Fortnite new season.

You don’t need to pay a cent if you have completed all the overtime challenges before the end of season 7. Those who were not able to manage this feat, for them the Fortnite season 8 battle pass will cost 950 V-Bucks.

Fortnite fans have already guessed that the Pirate theme will heavily feature throughout the season 8. Now it has been confirmed as we can see the Pirates ruling all over the official cinematic trailer of the Season 8.

Pirate canon is the newly added feature in this season. You can launch yourself through the pirate canon by climbing into the barrel and aiming towards the targets.

Pirate cannon will cause 100 damage to enemies if it hit them directly and will cause 50 damage if it drops within the small radius.

Lava - It will cause 1 damage per touch and will make players bounce out of the surface.

Volcanic Vents - It will propel the Fortnite players into the sky full of hot air.

Read the full news? If yes, then what are you waiting for? Season 8 downtime has started. Plug in your phone and get ready to download the update. Will see you in the game mate.