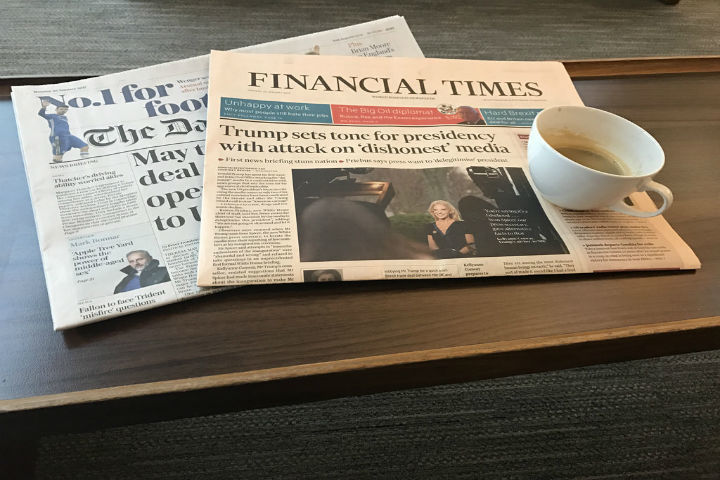 The Financial TImes (FT) who had abandoned the iOS platform six years ago now launching its app in the App Store. The company is launching its iOS app for the U.K and U.S  based subscribers to easily access the content.

In 2011 the company abandoned the Apple due to some disagreement over the revenue and data sharing. According to the peoples who were familiar with the matter, the Apple was asking 30% cut of any subscription that generated through the iOS app. FT seems to disagree with the deal and decided to invest in the mobile website instead of a native app. Since then the company is sharing its full content range to the subscribers via the mobile site.

With the launch of the app in the App Store FT believes that the reader engagement will boost up in no time. The idea is to increase the engagement of the subscribed users which will extract the more revenue in the long run.

According to The Street Wall Journal  Cait O’Riordan, the FT’s chief product and information officer said “We know that an engaged reader results in a larger lifetime value” and also shared his view about the app by saying “We want to know if a native app can help drive that engagement number.”

The FT apps are only accessible to the existing subscribers which mean no new user can subscribe the service via an app. In order to subscribe a user need to visit The Financial Times website before logging in. This system saves the FT from sharing any part of the revenue from subscription and also allow to collect the data directly from the subscriber.

This system from the FT won't give much of new subscribers but will help to increase the existing subscriber's engagement exponentially. Having the app will give numerous advantages to the company. The iOS app will deliver many technical favors to the company which ultimately lead to the more stable and regular connection between the FT and subscribers. The mobile apps will let the user the access the FT content more easily and in less time. Along with this the app also lets the user remain logged in, and more seamless experience while watching a video or reading the content. The user can also download some of the content to go through it when they have no internet connection.

Currently, the mobile holds the 55% of the page views of the Financial Times content. Investing in the native mobile app is a wise step by the company considering the mobile app technology driven system. The company has to compete with the rivals who already have the mobile app like Bloomberg, the Economic TImes and Barron’s.

NEXT Cambridge University And Babbel App Come Together For English Test

Steps To Install AppValley App Installer On Your iPhone

Joining the long and growing list of third-party app installers is AppValley. With tons of iOS apps, modified and tweaked apps and games, Cydia tweaks and a whole lot more on offer, AppValley has support for Android as well as iOS and is completely free to use. Get all the details right here.How