Facebook is testing the Dark Mode feature in some countries ahead of launch. 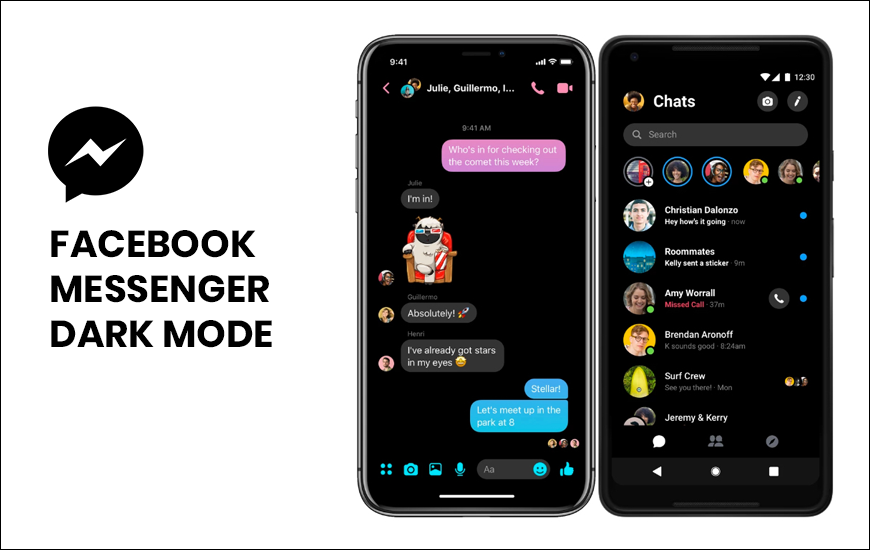 Facebook has been consistently experimenting with its Messenger app over a past few months. The social media giant is working on a dedicated ‘Dark Mode’ for its mobile app and has begun testing the feature among users.

The most vocal demand that Facebook has been receiving from most of the users was to introduce dark mode to substitute the blinding white design.

As revealed by noted social app teardown expert, Jane Manchun Wong, the Facebook Messenger is finally starting to test the dark mode feature but only in just some selected countries.

The exact list of supported markets for messenger updatel remains unclear, but from the look of things, the US isn’t included in the list.

For those who have access to the new Facebook Messenger update and wish to activate it; a new ‘Dark Mode’ setting should appear in the ‘Me’ section of the app. Although one thing worth noting is that the new feature is still incomplete. Upon activating it, Messenger notifies that it won’t ‘appear everywhere’ because Facebook is still giving the final touch to that feature.

Facebook Messenger is testing Dark Mode in the new UI

The new Dark Mode is replacing all the stark and bright white backgrounds with black and inverting text from black to white to match accordingly. However, the colorful elements remain completely unchanged.

Previously, Facebook brought the much anticipated Messenger 4 update a few months back; thus simplifying its navigation and revamping the entire bottom tab menu. The company also added a new camera button on the top right of this menu to let users easily share photos and videos to friends and family.

With Facebook continually getting in trouble for various reasons, the company is trying everything to make its user base stronger and better.

Another mobile app granting anonymity to the user ranked number 1 in the Apple’s App store but with an approach different to the prior ones. The ‘tbh’(to be honest) app is going viral as it allows its users to share their opinions without revealing their identity.Although Sarah