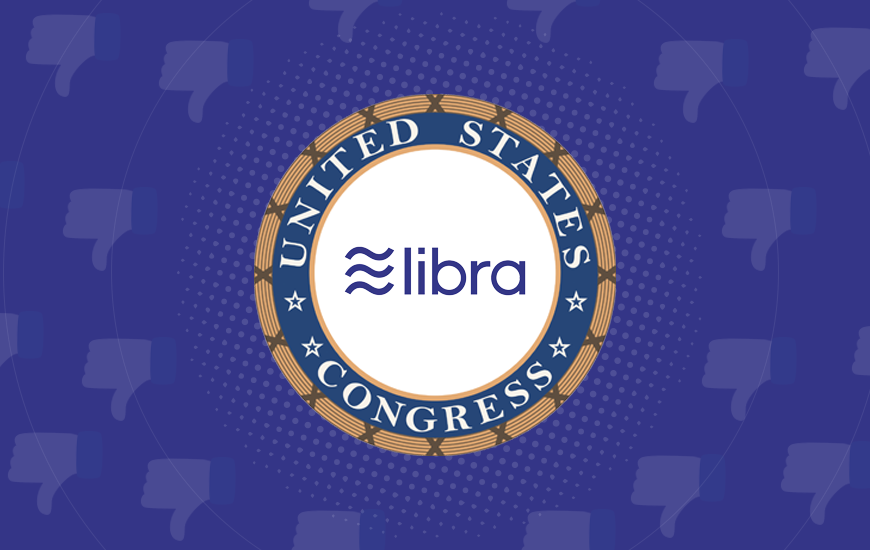 The block is put into place as Congress and regulators want to analyze the cryptocurrency and the risk it may pose after its rollout. Strikingly, a move of similar manner was hinted by Rep. Maxine Waters (D-CA), the Chairwoman of the House Financial Services Committee, during the announcement of the project.

Members of Congress just sent this letter to Facebook asking them to officially stop development of Libra.

Wait till Congress finds out they can’t send letters to Bitcoin pic.twitter.com/rCG1jh4RhL

“If products and services like these are left improperly regulated and without sufficient oversight, they could pose systemic risks that endanger the U.S. and global financial stability. These vulnerabilities could be exploited and obscured by bad actors, as other cryptocurrencies, exchanges, and wallets have been in the past.”

It’s not only the House Democrats who have issued a letter to Facebook, but even Senate Banking Chair Mike Crapo (R-ID) have set a hearing with Marcus for July 16th, regarding the vulnerabilities of the project and the risk over data privacy. On the next day, Waters’s committee is also scheduled to hold a hearing on the same.

“We look forward to working with lawmakers as this process moves forward, including answering their questions at the upcoming House Financial Services Committee hearing. Because Facebook is already in the hands of over a quarter of the world’s population, it is imperative that Facebook and its partners immediately cease implementation plans until regulators and Congress have an opportunity to examine these risks and take action.”

Facebook Libra cryptocurrency project is not similar to Bitcoin and is crafted to run on the Libra blockchain platform, which is controlled by Facebook.

Therefore, unlike a regular cryptocurrency, where everything is decentralized, Libra will be supervised by Facebook and it might have led Congress to raise concerns.

For more such updates, do subscribe and follow 'MobileAppDaily' and stay abreast of all the latest updates of the mobile app industry.

NEXT How Mobile Wallets Contribute to the Convenience of Merchants and Customers?