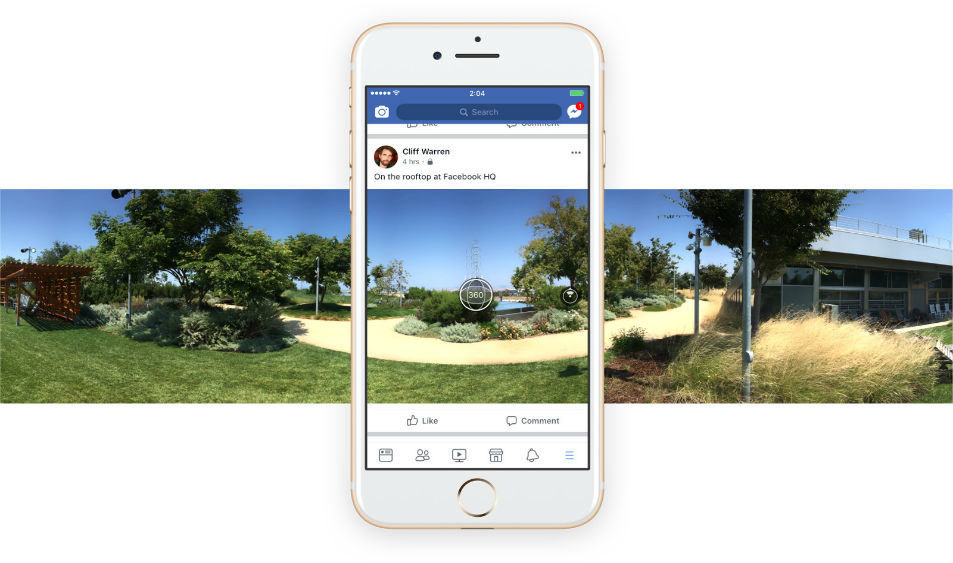 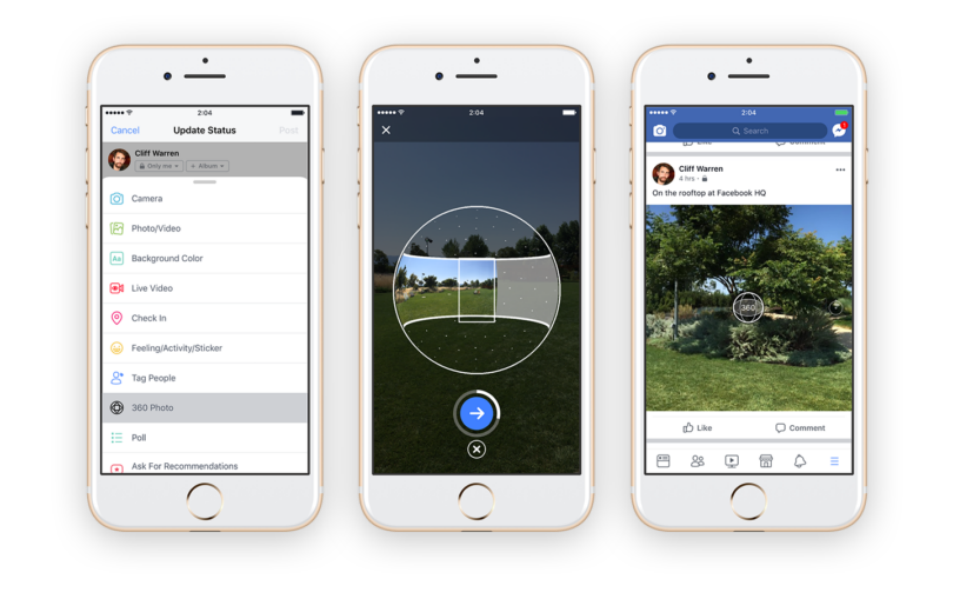 Facebook added a feature that will allow the users to snap a 360-degree image with their devices. Facebook is enrolling the update to the Android and iOS devices across the globe starting today. The captured images via Facebook app can be zoom-in and share among the friends. After snapping the 360-degree image you can post the image on your timeline, tag your friends or even make it as your cover image. This is the first time Facebook gave something new to the cover image option since it launched.

The 360-degree photos behaves similar to the normal images on the Facebook, you can post them on your timeline, make albums or share them in any group. Capturing the 360-degree image with the Facebook app is too easy as the user just need to rotate the camera while snapping. The company added algorithm in the feature that automatically stitches the image after the user rotates the camera to capture the photo.

As Facebook added a 360-degree capturing option to the app things may go up for the Facebook considering the snap addiction of today’s generation.

PREVIOUS Android 8.0 Oreo Tips and Tricks To You Should Be Aware Of

NEXT Apple Is Abolishing The Popular Apps In Iran