Dashlane has a user base of 10 million actives 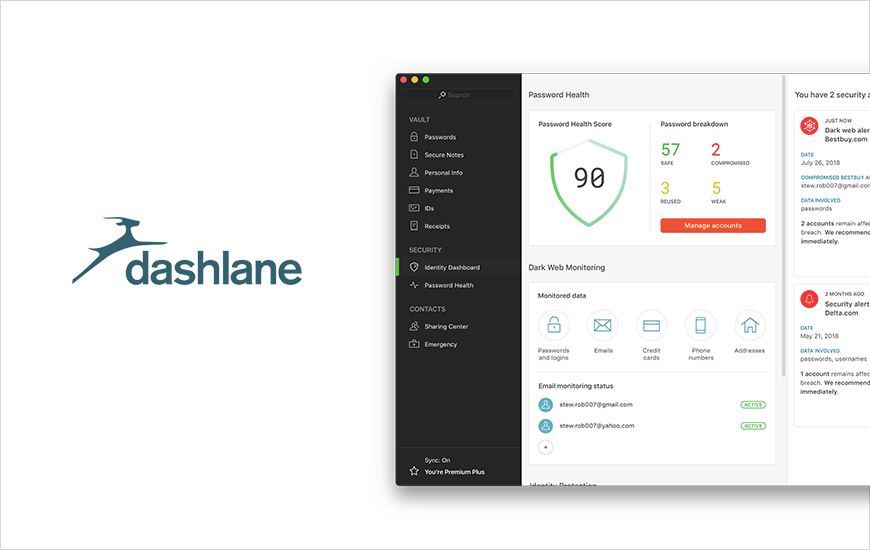 A password manager and identity management solution, Dashlane, raises $30 million in a new round of funding. There is also a new addition to its board, Seth Farbman, a former CMO of Gap and Spotify.

The password management app has also been increasing its product line that includes new features such as Dark Web monitoring, which gives warnings to users if there is a case for their data to be exposed by hackers.

“When we look back 10 years from now, 2018 will be remembered as the year of GDPR, Facebook revelations and the year that regulators, the press – and, most importantly, public opinion – really started to look at the entire issue of digital privacy and identity differently.”

Other features that have been added include VPN and identify theft protection. The company is aiming to reach further heights and make Dashlane more than just a password manager. With these features, the password management company wants to stay ahead and differentiate itself from rivals like 1Password or LogMeIn's LastPass.

The company is expecting a new good vibe in its management with the joining of Farman, who was the chief marketing officer of Spotify for four years and took the Spotify to new heights with more than 200 million monthly active users. Dashlane, a password management app, achieved the milestone of 10 million users last June.

“I am excited to join the board of Dashlane, a company with the right vision for the internet at the right time. I see many of the same attributes in Dashlane, as I did in Spotify when I first joined a best-in-class product that its customers love.”

“A diverse and capable team focused on growth and innovation and powerful macro trends that put the wind at the company’s back. Technology is meant to empower people and make their lives easier, and that is at the very core of what Dashlane does.”

Dashlane has gained more than $100 million in venture funding and has 10 million plus active users, but it is still concerned about its competitors as one of its closest rivals, LastPass, garnered 16.8 million users in 2018. 1Password also raised millions of users and 40,000 business houses to which credit goes to its B2B approach.

NEXT How A.I. Will Change Your World in 2021 for Better or Worse