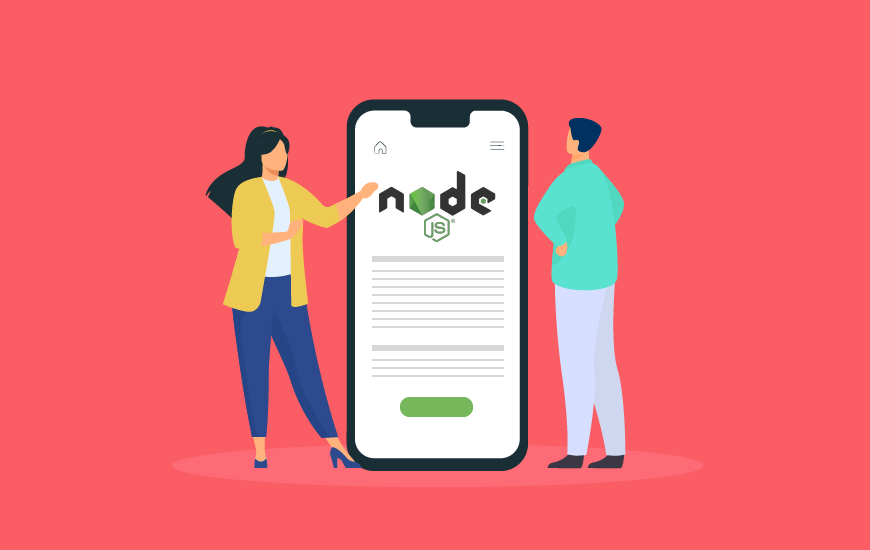 There are still some secrets that big companies like to lock away from others to stay big in the market. The Node.js is one such secret. Many big names in the industry are using this Javascript for their applications. Node.js is the best Javascript runtime environment that could be used to build and maintain the most effective web applications.

If you have any thoughts on which technology your app should be based,  I have a list of A-type companies and leaders of the markets using the Node.js for their money-making apps. So, check out the list and that will help you in making the right decision for your app. But before jumping to the Node.js app examples, here is a short description of Node.js for those aren't familiar with the term. 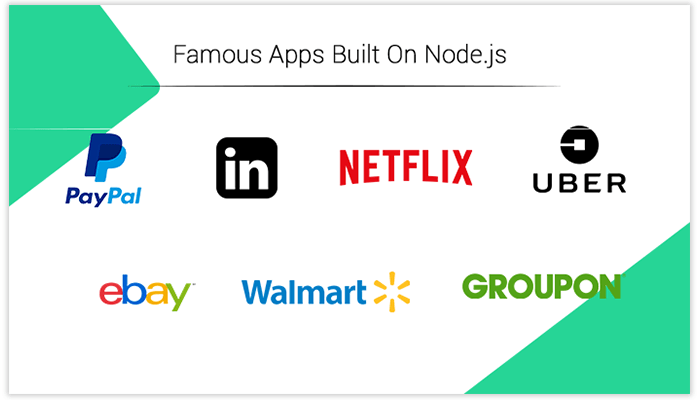 I won't be baffling you with the technical definition just to show off my technical expertise. Node.JS is an open source server-side runtime environment that is built on the Javascript V8 engine of Google Chrome. I guess it's still technical for many of you. To put it simple words, Node.js a convenient environment for developing a scalable and efficient web application.

Besides, Node.js allows the front end developer to work directly on the web browser being a server-side runtime environment.

List of Node.js app examples used by the big companies

PayPal is one of the most prominent transaction portals that use the Node.js for its web application. PayPal enables users from more than 100 countries to transact money seamlessly. PayPal owns 200 million happy daily active users who can successfully make quick money transfer at any time.

According to the company, initially, it faced problems while operating, as the team was performing a task for different browser and server-side applications separately. After it adopted the Node.JS for its customer side of the Node.js app, everything went smooth.

"Node.js helps us solve this by enabling both the browser and server applications to be written in JavaScript. It unifies our engineering specialties into one team which allows us to understand and react to our users’ needs at any level in the technology stack." 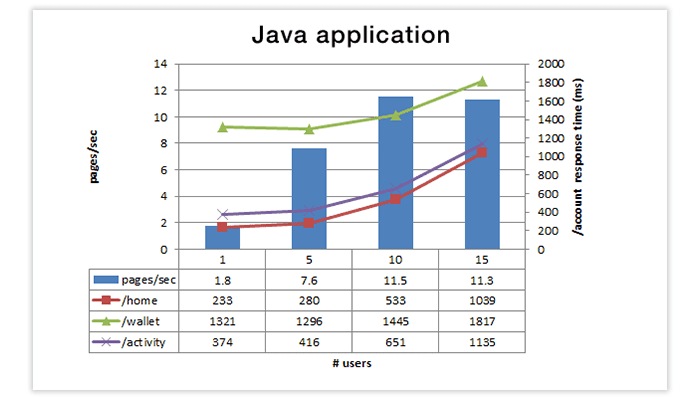 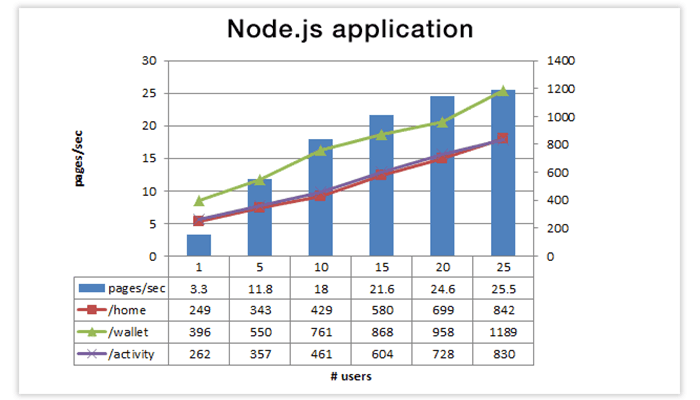 I believe there is no need to tell how big and significant Linkedin is for today's business world. The business-oriented social networking portal was founded back in 2002 and now available in 24 languages used by 450 million members across 200 countries. In 2016, the platform was acquired by Microsoft for $26 billion and guess what, Linkedin is backed by Node.js.
Here is what Ikai Lan, who worked with the mobile server team in Linkedin, has to say,

"I see that one of the advantages of the mobile server being in node.js is people could "leverage" (LinkedIn loves that word) their Javascript skills. Well, LinkedIn had/has hundreds of Java engineers! If that was a concern, we would have spent more time exploring Netty.”

I don't think you need a bigger name than the world's biggest video streaming service. Thanks to Netflix’s large regional databases easily accessible through VPN servers, the company is managing to deliver video content to millions of users and Node.js behind it.

Netflix used Node.js not only to decrease the build time but also integrated a customized user interface. The streaming service with more than 200 million viewers leverages the best Javascript runtime environment to provide unrivaled services.

Uber is one of the best examples in this list, and the ride-hailing company has shown us how Node.js can also be effective in the cost factor of app building. We all know how Uber has been growing and doubling in size every six months. Still, the Node.js app is working great which shows the data processing is unrivaled by Node.js. 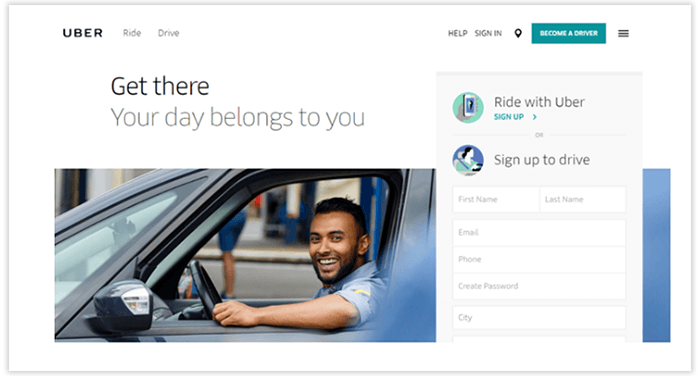 The amount of traffic eBay experiences makes it mandatory for the company to opt for Node.js that can bear this load. Node.js is the best option for the company to tackle massive daily traffic. The engineering team of eBay discussed and came out with Node.js as the most reliable Javascript runtime environment for the app.

Here is what eBay said about Node.js,

"Now we had our Node.js web service running in various stable environments. This whole deployment setup was quicker and simpler than we had expected. We had two primary requirements for the project. The first was to make the application as real-time as possible–i.e., maintain live connections with the server. The second was to orchestrate a huge number of eBay-specific services that display information on the page–i.e., handle I/O-bound operations." 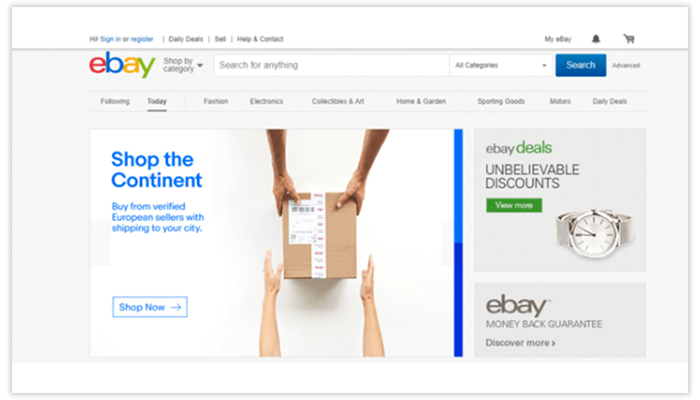 One of the world's biggest retail chains that dominate in most of the regions with its e-commerce services. The brand was struck with unfortunate data leak for six months which made it move towards the Node.js for recovery. Now, the company's app is not only secured but also offers excellent UI for the users.

With the help of Node.js integration, the company uses it as a customizable layer over the traditional API's. The engineers can build a new API at any time and deploy it within hours successfully.

Groupon is one of the most popular and well-established e-commerce services that connects the users with local services. The company ties up with the local business and stores in order to offer services to users with benefits or discount prices. The user can access the nearest shop for the required service with a decent discount and special deals.

The Groupon app also has a vast community of users that is growing at higher pace every day. This is the primary reason for the company to choose Node.js that could give stable and robust support to the app. 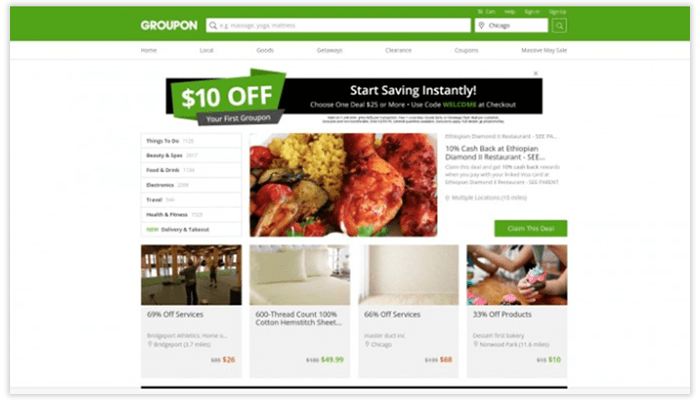 Above are a few examples of big organizations relying on Node.js for their app, and there are so many others in the market as well. These big brands are using the best technology in order to enhance the performance, scalability, and productivity of their apps. In case you have any queries or suggestions regarding the Node.js app, let us know via comments.

PREVIOUS Which One To Choose in 2021: Mobile App Vs Mobile Website?

NEXT Instagram To Bring Standalone e-Commerce App For Shopping

What is Deep Linking in Mobile Apps and How it Can Boost App Engagement?

Mobile deep linking is one of the essential parts of today’s mobile marketing arsenal. Today, users not only expect push notifications to deliver information but also add more value and ease to visit the landing page. Be it their abandoned cart, or a reminder to check their w

How to Silence Android Phones while Charging? A Step-wise Guide

So often users leave smartphones on charging while they sleep, or get busier in other tasks. However, the charging time of many smartphones is the time when one can use it as a break- especially when many of us are now addicted to our phones. But constant notifications can ruin the plan. Ma