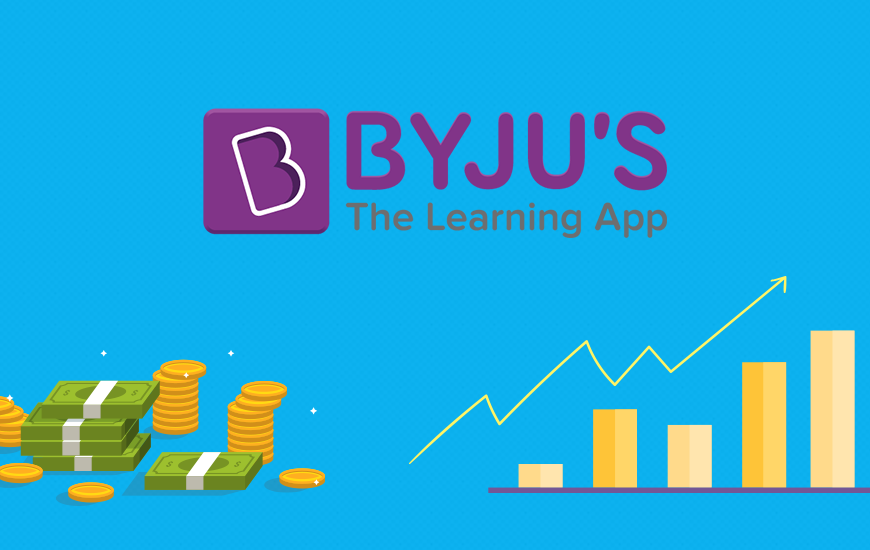 Byju, an India-based educational startup, has reported to successfully raise over $400 million in funding in just a single round. This company with over a decade of rich experience in the field has recently made the announcement official regarding its valuation. A total of $540 million has been raised by Byju from investors, further encouraging Byju to target for global expansion.

The funding round was led by Naspers which is an investment firm that is also quite famous for backing up Tencent and other educational firms like Codecademy, Udemy, Brainly and many more. As per the latest reports, the CPPIB i.e. Canadian Pension Plan Investment Board provided a 'significant portion' of the funding round. Also, to keep in sync with the latest trends in the startup world, you can have a look at our News Section.

Apart from this, there were also some secondary share sales that contributed to the total valuation of Byju. This global expansion news of Byju has made it ranked among the top five in CB Insights’ ranking of Indian Startups. This raised $540 million funding will be used as a resource for fueling the global expansion of Byju in English-speaking countries.

How It All Started?

The India-based company was founded in the year 2008 by Byju Raveendran as an offline teaching center, which later moved on to digital courses by the end of 2015. Byju holds specialization in educational courses from grade 4 to grade 12 along with a variety of educational material in the form of videos and e-books.

“India has the largest school-age population in the world and Indian households are willing to invest a lot in their children’s education because a good education is the best path to success.”

This round took Byju to a mark of $775 million from investors to date that includes names like Tencent, the Chan Zuckerberg Initiative, the Facebook founder Mark Zuckerberg, General Atlantic, IFC, Lightspeed Ventures and Times Internet as its official backers.

It is now claiming to have more than 30 million registered students with more than two million customers that have signed up for an annual paid subscription. Apart from this, Mr. Raveendran also stated that there are currently around 1.3 million paid users whose renewal rate is over 80 percent, which ranges from one million to two million new students per month.

This new funding money will also go towards globalizing the company's service beyond India with an international English service specifically aimed for children aged from three to eight, a new category for Byju that is set to launch next year.

In addition to this, expansion of Byju will also be led by the release of the new services at the initiation of local academic years. This may vary on a global basis. The main objective here is to make an appeal directly to the younger audience i.e. the kids.

To stay updated with the latest news about Byju and other innovative startups from the mobile app industry, just click on that ‘Subscribe’ button to stay notified with MobileAppDaily.

NEXT Lightspeed is Raising its Largest Funding in China

The Facebook Spaces virtual reality arrange is switching up its Avatar framework to give individuals a chance to encapsulate more expressive characters. Facebook said in a Monday declaration that the Avatars would help make emotions being "really there" in the virtual space. Befor