Bitcoin is a decentralized digital currency 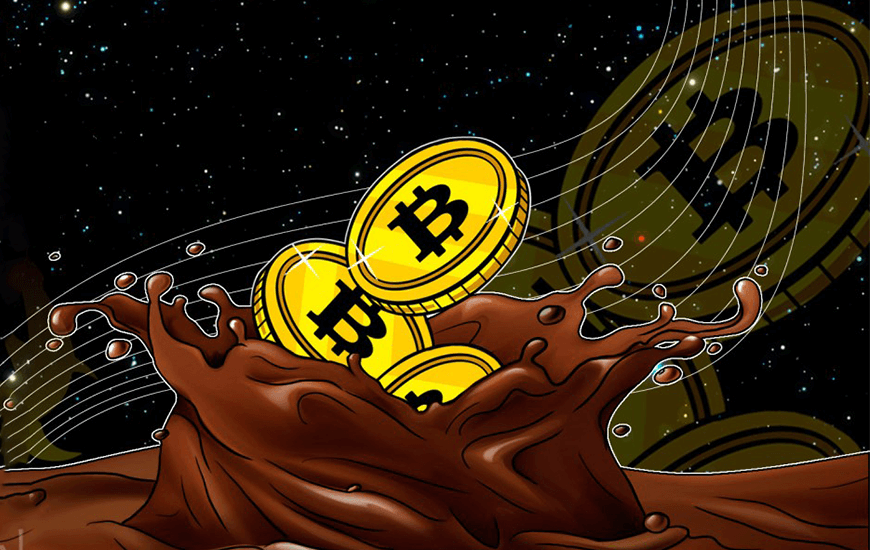 We all know, what worth a Bitcoin is holding right now. Currently, one Bitcoin equals to USD 6,283.30, which of course is a staggering sum for a single Bitcoin. In December, the value of one Bitcoin surpassed USD 20,000, which took the world by storm. Now, what if someone sells you 1 Bitcoin for $1? Doesn’t it sound cool? Of course, it does.

Going by that, Walmart stunned the world by selling bitcoin for $1. But there is a twist in the deal. The Bitcoin that are being sold in the American multinational retail corporation is all chocolate. It's just the cover of the chocolate that is wrapped in the Bitcoin design and rest, and you can have your chocolate.

The Bitcoin milk chocolate is produced by the Frankford Candy company and weighs around 1.42 ounce. The chocolates look very similar to the foil-wrapped milk chocolate coins of yesteryear that became very popular among kids.

Frankford Candy even announced about the new chocolate on their Twitter handle with the caption written, “Lots of Milk Chocolate + Bitcoins = Pure happiness.”

Frankford Candy & Chocolate Company was founded in 1947 and in the last couple of years, the chocolate company became very successful. With the new move of covering their chocolate in the Bitcoin shape is expected to help them in amassing more revenue.

In one such similar episode, a non-alcoholic beverage company called Long Island Iced Tea Corp rebranded itself Long Blockchain Corp and saw its shares jumping to six-fold just because of its name change. Therefore, you can make out what potential Bitcoin and other Cryptocurrencies hold at this point of time, and Frankford Candy following the same path seems to be a wise decision.

Interestingly, at a time when Bitcoin is gradually making its way into the market, something of this sort, that too in the largest retail supply store, which has 12,000 stores in 28 countries, will help the people to connect with the cryptocurrencies.

PREVIOUS What Are Sidechains, And Why Are They Used In Blockchain? Everything Explained

NEXT How to Protect Your Data From Hackers

How Blockchain in Supply Chain Management is Transforming Businesses?

Blockchain is a technology that has expanded across multiple sectors including production, IoT, AI, fintech, and banking among others with an unbelievable speed. Due to its features such as transparency, traceability, and improved performance, the technology has become a favorite pick for tech exper

Revolutionizing every business sector, Blockchain is considered as the biggest game-changer since the invention of the Internet. The tech domain never seems to cease as developers and scientists continue to push technological limits to new heights. In recent years, theBlockchain technology has b