When 2 friends founded ArcTouch, 10 years later they saw it become one the best app development companies in the world. 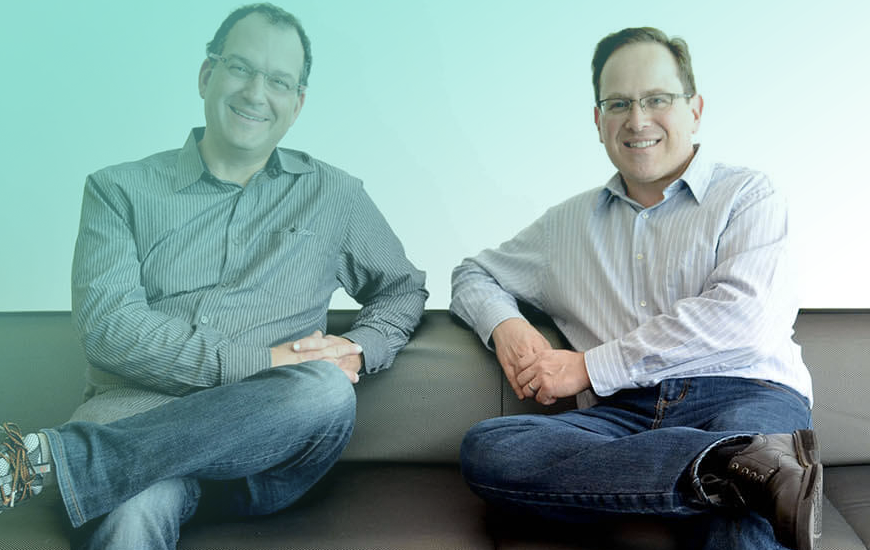 10 years ago when Eric N. Shapiro decided to start a business with his friend Adam Fingerman, he faced flak from the society; not just the usual hearsay but all statistical evidence that undermines the very zeal to do something big. 10 years later, Eric brushes away the pessimistic verities while heading his super successful app development enterprise, ArcTouch.

ArcTouch is a name synonymous with the most innovative app development companies in the world. They are known to create apps for Fortune 500 companies, pioneering brands and startups which are doing exceedingly well. Their key highlights are app designing and app development (iOS, Android and Xamarin) but they also help brands to learn and hone Alexa techniques, develop API skills, work on blockchain development, experience augmented reality and understand the Internet of Things (IoT).

Some of the biggest names from various fields have associated with ArcTouch including Audi, Warner Brothers, 3M, Honeywell, Essilor, Canon, Volvo, Yahoo!, Guess, CBS, McCormick, Salesforce and many other world-class names. The company has an estimated annual revenue of $21 million and is expected to grow by a bigger margin by 2020. Arctouch has earned a lot of laurels over the years. It is indeed considered the topmost app development company in the world but it has earned the top slot for the best and the most trusted blockchain app development company as well. Cryptocurrencies have created an economy of their own and ArcTouch rightfully has carved a niche in the same.

The company was acquired by the world’s largest advertising and PR firm WPP and is currently headquartered in San Francisco Bay Area, California, USA. It has its contemporaries in Appcelerator, Mutual Mobile and Sencha, some of the biggest names in app development. ArcTouch is currently ahead of Sencha and Appcelerator in terms of annual revenue and almost at par with Mutual Mobile.

Arctouch’s clients have everything positive to say about the brand. Almost all of them agree with ArcTouch’s approach, execution and production to meet the exact requirements. Not just that, the company also has a group of experts who are known to provide optimum guidance to emerging brands and startups. A big virtue which ArcTouch is known is to take criticisms sincerely and overcome them with vigour.

The company has come a long way since 2008. From developing apps for iPhones, in the beginning, they now create the best software-based experiences for smartphones, websites, chatbots, Smart TVs, Smart cars, Voice Assistants, etc. They are home to a ‘team of dreamers, thinkers and builders’. The teams have their prescribed way of working on a project. Their operations (services) have been divided into four parts-

With over 250 members, 500 completed projects and 350 million downloads, ArcTouch never fails to amaze its customers with the most ingenious ideas, developments and expert opinions. Their focus is on consumer needs which they monitor incredibly well despite the business landscape being extremely erratic. Since people are becoming more and more aware each day, studies on consumer research is important for the company to advance daily.

The customers’ loyalties keep changing taking unprecedented turns which becomes highly challenging for marketers to find accurate growth solutions. But that’s the game, isn’t it? To handle such hardships, they have deployed a team of highly skilled app developers and crypto-experts. ArcTouch, with over 10 years of experience, has become a veteran in providing competent solutions to such challenges.

There is something common among the founders of Microsoft, Apple, HP, Airbnb and many other companies- the friendship. Shapiro and Fingerman have been friends for 33 years, and it’s the mutual admiration, trust and respect towards each other both on personal and professional terms that keeps them strong and ArcTouch stronger. The friends from their days of Tuft University take immense pride in the decisions they have unanimously taken over the years, especially when they had to sell their company to WPP (The Grey Group, WPP’s subsidiary that manages ArcTouch).

In Eric’s own words,

“We jointly agreed when it was time to sell the company, and successfully navigated our acquisition by WPP, the largest network of marketing, design, and technology consulting firms. And we’re still working side by side, managing one of the top app-development businesses in the world.” 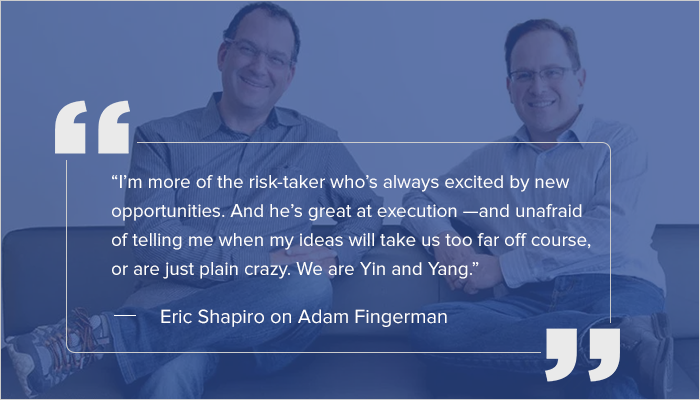 While Business exponent Naom Wasserman mentioned in his book The Founder’s Dilemmas that when founders are friends, it aggravates to the startup’s downfall. While he may/may not be true, the story of ArcTouch, fortunately, doesn’t correspond to such a theory. They started out with 2 now they are over 250 in strength and as Shapiro smartly put it, “A decade later, I’m proud of our path”.

PREVIOUS How Blockchain Technology is Revolutionising Fintech in 2020