China Banned all the VPN Services in The Country 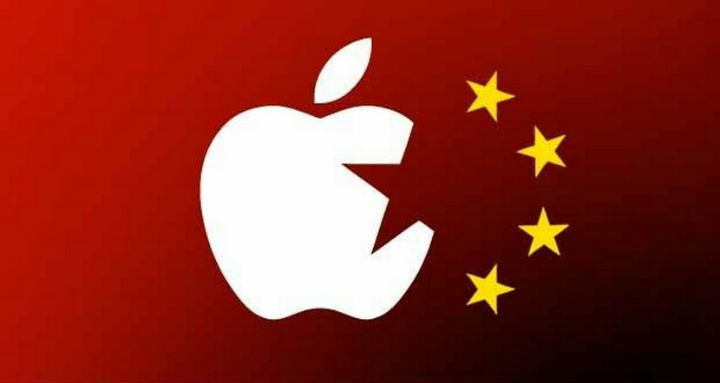 Once again the China shows its power to the mobile app world and the rest of the world by taking down all VPN (Virtual Private Network Services) in the country. On the command of the Chinese government, Apple has removed all the VPN apps from the App Store in China.

Another app, Star VPN was also removed from the App Store in the name of 'illegal content' as per Chinese government laws. The company tweeted about the purge of Apple and removal of their app from China based App Store. However, all the VPN apps are available across the rest of the world and can be accessed by the users other than from China.

We just received notice that @Apple removing all the @VPN apps from the @China app store.

VPN is the only way for the inhabitants of China to connect the rest of the world via the internet. These VPN apps let the user bypass the security or firewall maintained by the Chinese government to restrict the users from connecting to the foreign sites. The VPN also allows the users to hide their browser activities from the Internet service provider. China blocked almost 167 domains out of 1000 top domains around the world according to a firm that monitors the censorship actions of the government in the country. The restricted domains include YouTube, Facebook, Twitter, Instagram and Google among the others. 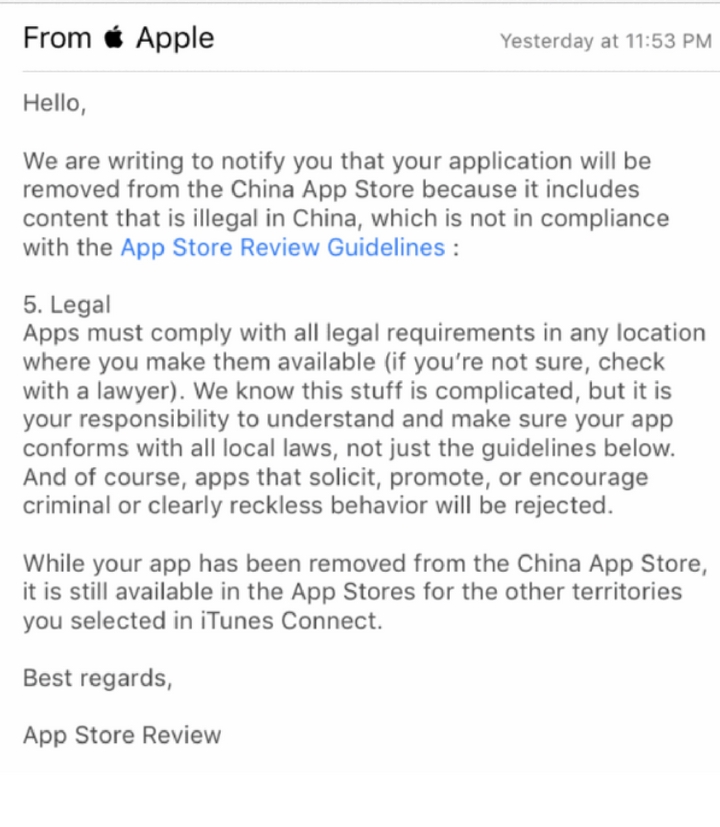 The Golden Frog and ExpressVPN services are still effective in the China despite the removal of the apps from the App Store. The users can still access the foreign sites using the services from the apps on the other platforms, including windows, Android, Mac and others too.

Apple recently showed its effort to uplift its market in China by appointing Isabel Ge Mahe as the new Vice President and Managing Director for the Chinese Market. Along with this, the company is also setting up its first Data Center in the country with the partnership of a local company in order to meet the laws.

After the deletion of the app from the App Market, the ExpressVPN said “ it was "disappointed" with Apple's decision. It "represents the most drastic measure the Chinese government has taken to block the use of VPNs to date, and we are troubled to see Apple aiding China's censorship efforts”.

The Chinese government had denied a report from the Bloomberg reporting that the most of the mobile operators which include China Mobile, China Telecom, China Unicorn have been told to ban the VPN apps by the start of 2018.

PREVIOUS Paranoid Android Got New Update With 7.2 Version Which Comes With New Features