The security of every individual is fundamental, but certain threats present in the environment can easily keep your personal information at stake.

We don’t like spies going through our messages or hackers proliferating our personal data. To prevent such gaffes from happening, encrypted messengers are in huge demand and are widely acknowledged.

Message encryption puts a shield on your sent messages and attachments which allows only the intended recipient to open your messages.

Rated amongst the best secure texting applications, today we are going to talk about a 100 percent safe and secret messaging application, Threema.

What Is the Threema App All About?

Threema is a messaging application that is supported by end-to-end encryption to keep your messages safe and secure. It keeps your personal data out of the hands of hackers or any other potential threat.

Texts and voice calls made on an encrypted messaging application like Threema stay completely anonymous. The app uses a trusted open source NaCl cryptography library for encryption and is fully compliant with the updated norms of GDPR made by the European Parliament.

The core concept of the app is to provide extremely little data of the user on servers as all the contact added on Threema is saved directly on your device.

Threema generates public keys and stores them on the user’s devices to avoid backdoor access or copies by any possible threat. 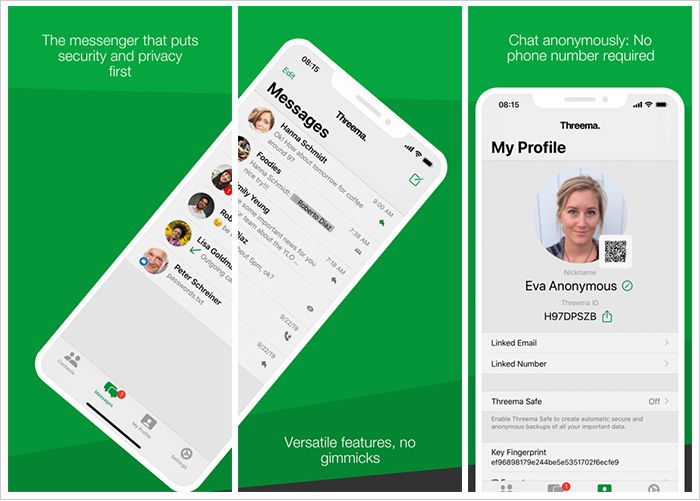 Threema is packed with various features and upgrades to assure its users a sense of security, here are a few features of the app that make it extraordinarily safe:

Such calculated steps are taken by the app to guard user’s data and messages make Threema a trustworthy application.

What is the Need for Threema App?

With many prying eyes on your private information, it’s highly important to have an encrypted messenger by your side that protects your personal data efficiently.

Hackers nowadays can have very quick access to your private information which can have dangerous repercussions on an individual’s safety and have a great impact on them both mentally and physically.

An encrypted chat application like Threema allows no other authority or person to see your messages other than the intended recipient.

Messages sent through this application are instantly deleted once they are received and the anonymity of the user is maintained.

How to Work with Threema Application?

Threema is accessible and can be installed on your smartphones or desktops, below mentioned are the quick steps on how to install and use Threema:

Step 1: Download Threema application from the Google Play Store for $3.49 or Apple App Store for $2.99.
Step 2: Open the application after installing it and a setup guide will set your unique ID.
Step 3: The app asks you to move your finger on the screen to generate a random key and create your Threema ID.
Step 4: After the setup, Threema tells you three ways to start chatting with your contacts:

Note: After all the needful information is stored, Threema is ready to use. 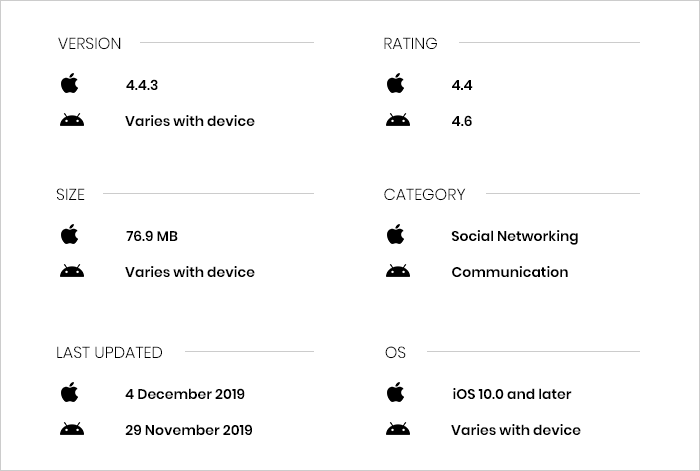 How much does Threema App Cost?

Maintaining security and anonymity is a top priority of the Threema App and every good thing comes with a price tag. Similarly, the app charges you a minimal amount of:

It’s much more viable when your personal data is confined to yourself as nobody likes to be spied on. That’s when Threema comes to the rescue and protects your privy chats with ease.

The Threema application allows users to be 100 percent anonymous while giving them the choice to enter their mobile phone number or email ID, which makes it the most secure chat app.

Crafted features like instant deletion of messages, set up of QR codes, exclusive IDs make it a top-notch application to protect user’s personal chats and voice calls with utmost security.

With Threema messenger you can always keep your private information close to you without any fear of being seen any day and for more such detailed mobile app reviews and subscribe to MobileAppDaily to learn more about Android and iOS mobile app updates that bare breaking the barriers.