Use Sezzle paylater app to pay the product price in four interest-free installments.

With a network of more than 29,000 brands, the Sezzle pay later app allows users to conveniently purchase their favorite items. The Sezzle buy now pay later app converts the original price of the participating brand products in EMIs to make repayment easier. With Sezzle, you can convert your order value into four easy EMIs. If you return all the amount within six weeks, you pay zero interest.

Since a few weeks, among the best finance apps, Sezzle's popularity has grown quite well. If we only look at the data shared by the Google Play Store, Sezzle has been installed over 500,000 times on Android smartphones until the time of writing this blog.

Furthermore, we are discussing a detailed Sezzle afterpay review inspired by multiple Sezzle app reviews shared by its users. We will discuss in-depth history, in-depth features, and rating breakdown for the app.

Before proceeding further, let’s understand “What is Sezzle app and where it came from?” The history of Sezzle goes back to 2016, when Charlie Youakim, Paul Paradis, and Killian Brackey established the organization. Moving forward, the Sezzle future pay appraised $17 million through equity capital and $30 million through IPO.

Initially, Sezzle only offered services such as cashback rewards, and the next-day ACH payment system. Moreover, in 2017, the app adapted the future pay model to participate in the industry. In 2019, Sezzle for business introduced the digital card payment system along with an expansion to Canada with its first outside US headquarters in Toronto, Ontario. In 2020, Sezzle announced its services in India as well.

“Sezzle gives you the freedom to shop easily”.

With the Sezzle app, buyers have better financial freedom. The Sezzle payment plan allows users to pay the price of a product on the best shopping apps from its merchant network, in four interest-free payments. That too, without interest! However, delaying payments might lead to a charge. With a network of 29,000 merchants and growing, the Sezzle app is making the shopping experience easier and more accessible.

Sezzle app is designed in a precise way to serve its services better. However, to know about the app in detail, let’s have a look at its features descriptively.

The top most features discussed in this Sezzle app review have the freedom of paying the price later as the top one. You can just use Sezzle login to choose it as the preferred payment method with the product website or app to complete payment. However, you will have to make sure that you are paying the first payment instantly while purchasing to complete it. 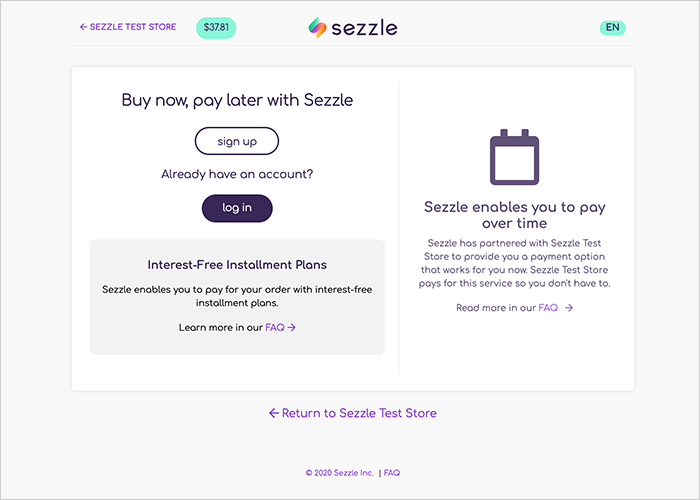 The Sezzle afterpay allows you to divide the price of the product into four installments to be paid in six weeks. If you pay all the installments within time, you get a charge of zero percent interest amount. However, missing payments might attract penalty charges.

The Sezzle app has a network of 29,000+ brands. Therefore, a huge range of products such as jewelry, clothes, footwear, and more are available to purchase for its users. You can pick a product from brands signed up for Sezzle for merchants to process the payment.

The Sizzle app provides a category of featured stores from the home screen itself. These stores are shortlisted based on their popularity, offers, and product quality. You may find various featured stores offering the sale of various products. 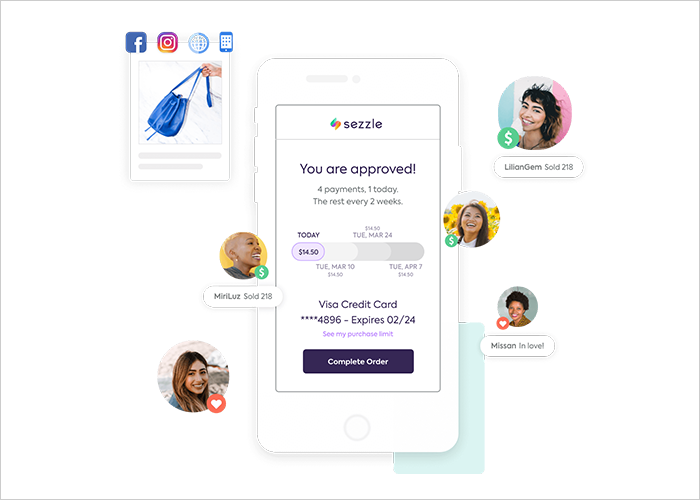 Sezzle allows you to reschedule your payment if somehow you are unable to repay it. However, you have the freedom to make up to three reschedules per order. Apart from the first rescheduling, another rescheduling of payments attracts a fee. 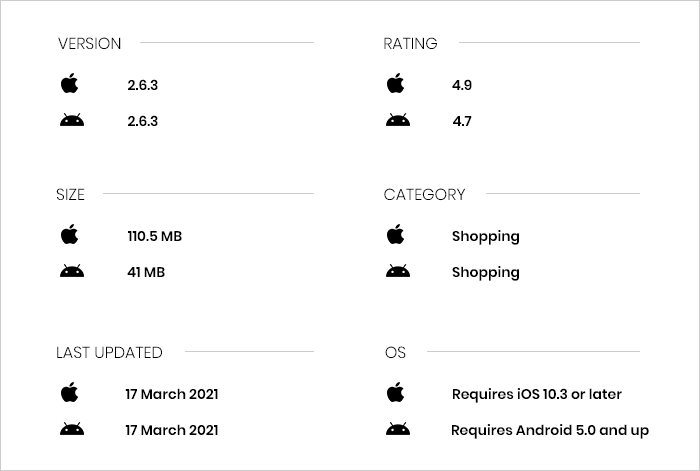 Sezzle app is not only making the payment convenient, but it is also providing financial freedom to its users. You can use it with the best grocery apps, shopping apps, and more. However, the merchant should have a partnership with the Sezzle app. Moreover, due to being one of the earliest opportunists of the pay later market, it has created a great reputation for itself in the market.

Now, if you are a developer and reading this Sezzle app review for some inspiration for your next smartphone app, hopefully, it was useful. However, if you have already developed an app, you can get your app reviewed to get an in-depth understanding of the potential of your app in the market. It will help you in figuring out if your mobile app lacks anything.