Running is one of the best outdoor activities that anyone can try and if you have your smartphone, it can come really handy to you. With a number of fitness trackers and other run tracker apps which assist the runner in different ways, the core concern remains the individual health that gets tracked. But what about the track on which we need to run?

The runners tend to follow the same route almost every day when they lace up their shoes and this is because we are not aware of the routes where we can run and for untangling such issues, we have got the best run tracking app that can guide the runner turn-by-turn and can also suggest new routes to run.

There are preset routes of some area, or one can create his own. The user can even create running routes on the map to run. He just needs to find a place from where he wishes to start and the endpoint.

With so many useful features, the run planner app can also be dubbed as the best running apps for beginners.

How Is RunGo App Useful?

Just think how Google Maps assist us while we are on the go in an altogether different city. Listen to the map navigation and guess what, you are at your destination in no time. Similarly, RunGo app, which is a virtual running partner will guide the user with turn-by-turn voice navigation.

It turns out to be a perfect route planner for the run and can save you time by chalking out multiple routes in advance.

On top of it, RunGo app also offers a library of parks, best destination races, tours, and worldwide best runs. Many of the tracks available on the run tracker app may not be relevant for all the users because they might be thousands of miles away; still, it can help people who might land up in a foreign land. 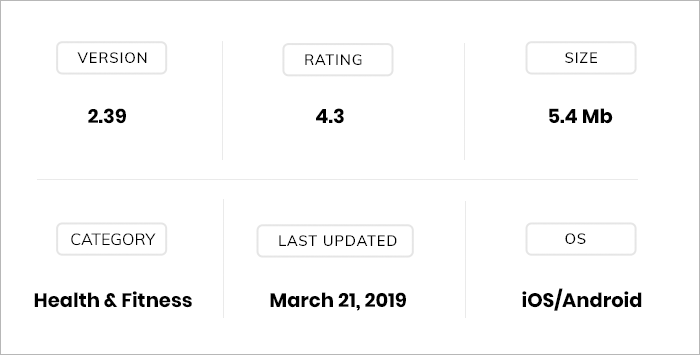 Things To Know Before Heading Out With RunGo

The running app has a lot of features for the user, which can significantly help the runners in many ways. Here are some features explained that will come in handy for the RunGo app users:

1. Speak Stats:  The user can make use of the speak stats feature on a time based or distance based. The “Course Pace” option will extend details like current average pace and the time and estimated distance to be covered.

Then, there is “Motivation” which is packed into the run tracker app to encourage the user to complete the race by saying things like "you are halfway there." After that, it’s the “Points of Interest” that is added by the creator, but even the user can add if he wishes to create a new route altogether.

2. Turn By Turn Voice Navigation: While running, the user can set the distance at which the running app will speak out the turn distance like in 100m, 200m, or 400m. Then the user can also opt for an option in the run tracker app that will read out the street name for better convenience.

For the Apple Watch owners, the watch will vibrate when there is an imminent turn. This feature is being applauded by the experts, as it will help people with a listening problem or the users who have set their media volume at low.

3. Connects Phone And Watch: RunGo app has separately catered to iPhone users by coming up with an option that will make the announcement of the route on iPhone and watch as well. For us, it doesn’t make any sense to get the voice-guided navigation on two devices at once. The user can even set the announcement on a single device.

4. Auto-Pause Runs: This feature you will get on many other run tracker apps. It detects the motion and while the user is stationary, it stops recording the data. But in the RunGo app case, the feature is quite relaxed and doesn’t get activated on the slightest of the moment.

As per feedback, people have different opinions regarding this distance tracker feature as it doesn't start counting the user’s activity while he sits down or walks a few meters.

How much does RunGo App Cost?

The running route planner app is free to download and use, but the user wishes to go for the premium pack, he needs to shell out £1.99 a month or £9.99 a year through an in-app purchase.

The premium version of the app that creates running routes is packed with additional advanced features like a GPX file export, option to create your own running group, verified routes, and live tracking.

For the Apple Watch owners, there are some extra brownie points in the form of an option that allows them to save multiple routes, which can come real handy while moving out in a gush.

If you like this app review, don’t forget to subscribe to MobileAppDaily and go through our detailed app review section to know about Android and iOS mobile applications that are taking over the trending charts of app stores.