No more restriction on the geo-blocked content with the KeepSolid VPN Unlimited app.

Virtual Private Network or VPN has become a norm amid the ever-rising number of cybercrimes. And with that, the app stores are flooded with VPN apps which promise safe passage to the internet. But in reality, many of these VPN apps breach into the user’s device and collect private data without taking the consent of the user.

KeepSolid VPN Unlimited is a top VPN app that ensures unrestricted access to online content and helps the user to bypass web restrictions with ease.

With its wide array of features and functionalities, the app has garnered trust over time, and due to the same, we have decided to review this VPN app. In this KeepSolid VPN review, we will be weighing the app’s features, functionalities, limitations, and everything else that you may consider before opting for a VPN app.

KeepSolid VPN Review: About the App

Like any other top VPN service, the VPN Unlimited app encrypts and protects Internet traffic from third parties and hackers. The app offers clean static IP and Personal VPN servers, through which one can securely transfer sensitive information. Its servers are tightly secured and are designed to paralyze every cyber attack.

Not only does this app offers safe passage to the internet, but also, it furnishes a faster connection on mobile devices and computer systems.

As we all know, VPN is a preferred choice for torrenting, and likewise, this app caters to unhindered torrent surfing through its five specially dedicated servers, which are located on:

Then the app has an exclusive protocol called KeepSolid Wise, which is best suited for locations that are highly restricted. The KeepSolid Wise protocol adds another layer to the encryption and data privacy extensions. It further extends the ability of the system to bypass the firewall and let go of the connection from being blocked and detected.

The highlights of the VPN unlimited app are as follows: 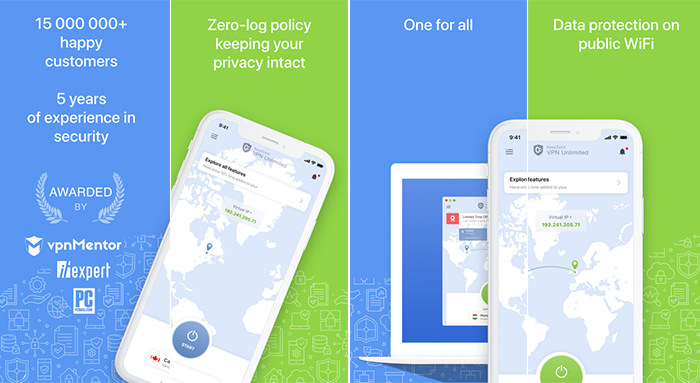 KeepSolid Unlimited app is packed with many features that add to its credibility and accuracy and make it a perfect pick for a VPN connection.

Here are some of the notable features of the VPN Unlimited app:

1. Streaming Servers: The app has over 400 servers in over 80 countries and thus, it makes it possible for the user to gain access to any content over the internet.

2. Servers for Torrenting: As mentioned above, the VPN Unlimited app has dedicated servers for torrenting and thus allows the users to download torrents from any country.

3. Optimal Server: The app itself finds a server for the user and automatically optimizes the connection speed to provide complete encryption during browsing.

4. Ping Test: The app allows the user for a ping test that enables the user to lock on to the servers with the lowest ping.

5. Favorite Locations: The user can mark the preferred server from the list, and the next time he visits, the preferential servers will be listed with a star. It helps in saving the user's time, as he doesn’t have to scroll through the whole list of servers again.

6. Secure Protocols: Security is one aspect that’s on high-priority of the VPN Unlimited service team. To provide state of the art secure infrastructure for online protection, it’s security protocols include:

Each of these protocols have their own set of strengths and can be picked as per the user requirement.

7. Kill Switch: This functionality in the app weeds out any possibility of unexpected failures in the VPN connection.

8. Trusted Networks: When you are at home or any other trusted location, chances are high that you may get a secured network. Hence, one can create a whitelist of reliable WiFi networks, and once the device is connected to any of the whitelisted networks, the app gets automatically disabled.

Who Should Use This App?

Although a VPN connection is requisite for all to protect data and private surfing, still, the MAD team recommends KeepSolid secure VPN free app for the following group of people:

1. Travelers: Travelers are one such community that frequently faces hurdles in accessing the internet and due to the same, they are more likely to use public WiFi hotspots, which can be vulnerable at times. Therefore, the user of VPN Unlimited can give them private internet access to any content over the internet.

2. Online Shoppers: A VPN app is a jackpot for the shopaholic people because it can help them grab the best pricing offers and also protect their banking credentials while making transactions through payment gateways.

3. Online Gamers and Gamblers: Gaming and gambling come under the same ambit and requires multi-layered security measures to protect their account. Here the VPN provider aids in accessing accounts from anywhere, along with an assured reliability.

4. Cinephiles: Cinephile is a term used for people who are fond of motion pictures. There are many regions in the world where streaming services like US Hulu, US Netflix, and BBC iPlayer are banned. But with the Unlimited VPN app, a cinephile can easily bypass such regional restrictions.

Other than being a regular VPN service provider, the KeepSolid’s app offers various other measures that make it one of the best VPN services. The following are other attributes of the app that cater to the interests of almost everyone: 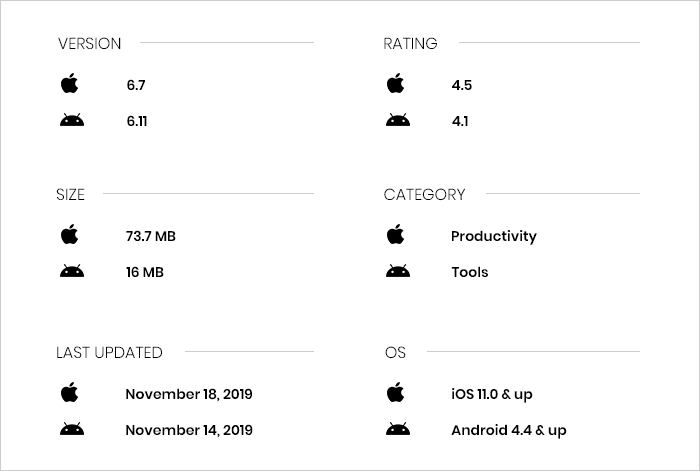 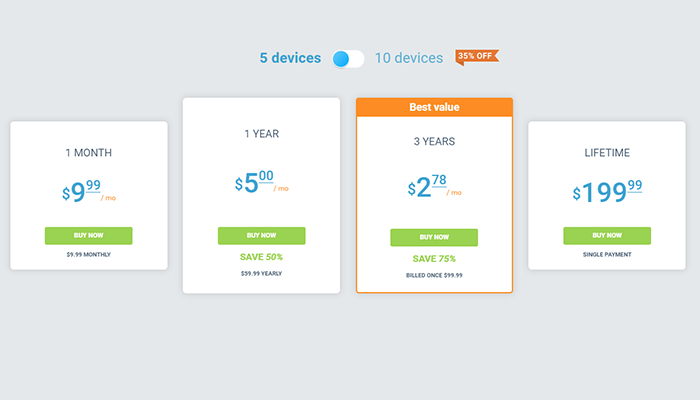 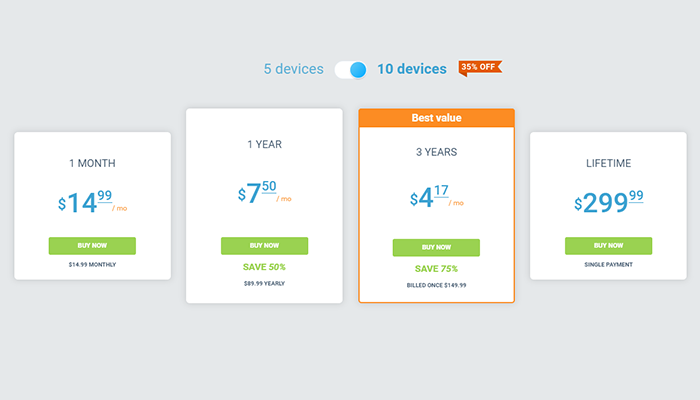 Apart from these subscription plans, the app also offers a personal VPN server and IP address to anyone. The cost of these services are as follows:

At last, we are done with the KeepSolid VPN Unlimited review. It’s a pretty good VPN option and ranks among the fastest VPN servers, but if you think that there is nothing above it, then you better weigh your options.

There are some limitations in the KeepSolid VPN Unlimited app that sway its claimant away from being a VPN service that offers maximal privacy and anonymity. One such constraint that users might face while using this app is that the app doesn’t allow the user to choose specific servers. Other than this, we believe that the VPN Unlimited team should work more towards tweaking privacy policies and make them more user-friendly.

Amid all these concerns, you can’t rule out its contention to be one of the best mobile VPN apps.

The best thing about the VPN Unlimited service is the subscription plans that give much freedom to the user. And if compared to other VPN apps, the pricing plans of VPN Unlimited are quite decent and affordable.

In the fullness of time, the KeepSolid VPN Unlimited app is a reasonable pick, as it provides ample security measures and does not keep any data logs. You can definitely count it among the best VPN providers.

picpic
4.1
Kings of Pool
4.5
Skillshare App - A Treasure of Knowledge
4.7
Tag: Make Friends and Meet People Nearby
3.0
View all