Create a high resolution, digitized library of your photo albums within seconds

Polaroids, for many, are one of the most prized memorabilia out of a collection of artifacts. They permit you to revisit moments that were just as unmissable as they were capturable. For what it’s worth, it wouldn’t be wrong to say the same for our albums. But the instantaneous delivery of content on smartphones have made us a couch potato to open the cupboard and sift through bundles of album pages in (rare) free time.

To the rescue, less surprisingly, are apps that digitize old photos into a save-able version of the print, stored on the phones (or cloud). While there are few alternatives to try out, some of which earn mentions in this post, today we’ll be reviewing PhotoScan by Google Photos.

Easy Photo Scans At Your Tips

Let’s address the elephant in the room. Scanning old photos through flatbed scanners is a tiresome task for few and annoying for many. Moreover, if that wasn’t already a challenge with lax millennials, there wouldn’t be a smartphone app solving the problem.

PhotoScan by Google Photos is an archetype app of Google, hence, its user interface is just as minimal. For this demonstration, let’s jump into the app and find our way around it. 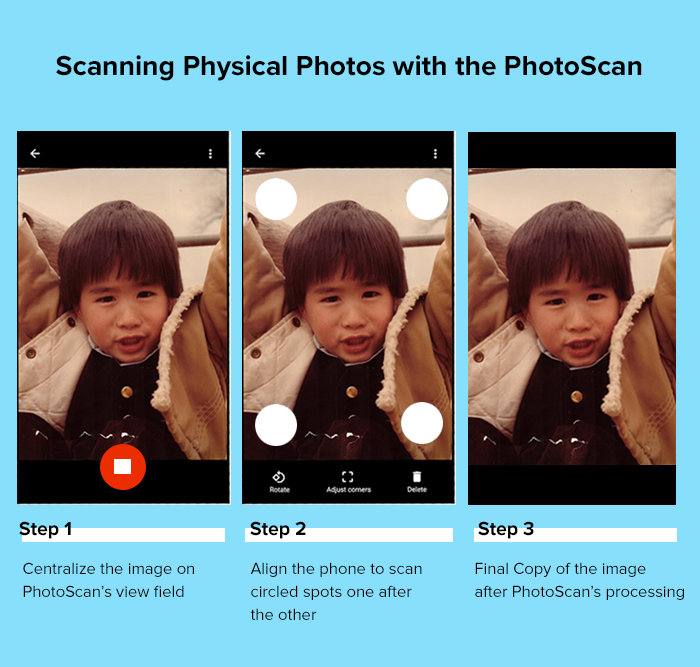 You now have a print-ready scanned copy of the physical photo. You can take multiple photos in a single shot and save them together to create a photo collage of sorts as well.

The Google Photo Scan App is modeled to optimize images, taking the glare out of the picture, which you get often due to the flash of a camera. It uses a combination of computer vision and image processing.

Notice the 4 circles on PhotoScan’s widget. Google has trained its algorithm, in a series of efforts, to distinguish between preservable elements of a photo, such as warmth, temperature etc. from those which are to be disposed-off such as glare spots. Glare is a factor of light, and light as we know it depends on the angle of viewing.

So when you move your phone over the circles, from step 2 onwards, you’re letting the Google Photo Scan App create multiple pixel-maps of the photo. In each turn, since the angle of the observable view frame is different, the glare is bound to be different. In the end, smart computations superimpose those images to produce a final scanned copy, eliminating the variable glare and retaining permanent photo pixels. 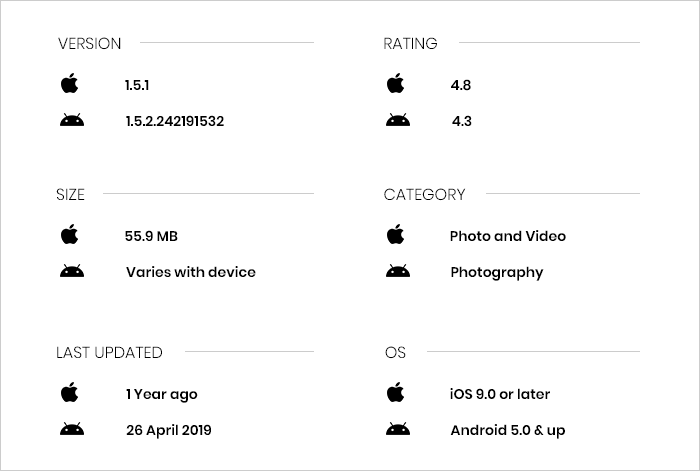 The Only Way (perhaps) To Digitize Old Photos

There are flat-bed scanners in the market. For that matter, there are DSLRs as well but people still by phones exclusively for their cameras. The Google Photo Scan App has primary competition from the likes of Photomyne and CamScanner in addition to secondary competitors like the Adobe Scanner & Pic Scanner. While a detailed comparison easily lapses into a separate discussion, in our experience, PhotoScan topples the two with

PhotoScan by Google Photos plays the part for camera hobbyists who’ll content with archiving purely for the joy of preserving memories. It needs to be added though, the phone camera profoundly influences the penultimate scan quality rendering it better or worse. Experts looking to venture beyond than just digitize old photos will find flat-bed scanners a better fit, for everything else, there’s the PhotoScan App.