Today, iPhones, as well as Android smartphones, have been completely transformed, all thanks to mobile apps. Since the inception of applications, things that were hard to imagine earlier are now being accomplished almost instantly with mobile apps.

That’s why in order to praise this change in technology there is another Android car launcher app in the Google Play Store that is handcrafted especially for the time period that car driving period.

The best car launcher app is designed in such a way that it eases the use of Android smartphones while on the way. The Car Launcher Pro application not only provides a convenient way to interact with the phone but also measures the passable distance covered by you via car. The app can also be used on smartphones, smart pads, and devices running on Android.

What Exactly Does a Car Launcher Pro Do?

With the help of the Car Launcher Pro app review, you can easily learn to set the car audio launcher to open just by clicking on the main home screen. You can also manage the app and customize them on the screens accordingly so you can access them instantly. The app gives an opportunity to add a number of applications on the principal screen.

In addition to this, it also shows you all the details such as distance covered, speed and other parameters of every trip. If you feel that using a smartphone is a bit of a hustle while you are in the car then it's time to install the Car Launcher Pro. 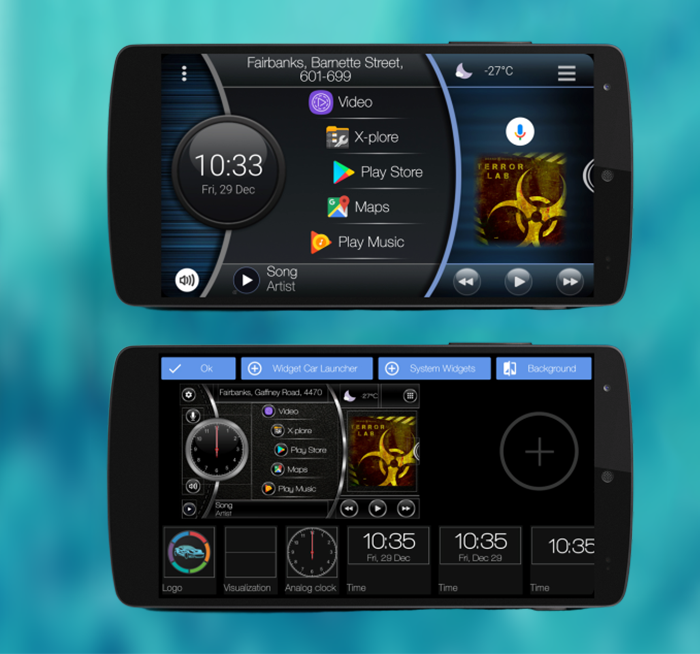 About the Car Launcher Pro App

In all honesty, the logo of Car Launcher Pro does feel a little out of style, especially in terms of current design trends. The brand can easily boost its logo by switching up to some pastel or bright colors while maintaining its true essence.

The Car Launcher Pro application is one of the top-notch Android apps in the Google Play store that is known for its interesting features. The functionality of the app that differs it from other available car launchers is the combination of both launcher program and trip parameters measuring option.

Apart from being a unique launcher, the Car Launcher Pro lets you explore the different parameters of every trip within the app. With that being said, now let's look at the key features that are being offered by this car dashboard application to its app users:

The trip menu option Displays the current speed, the passable distance, average rate, the general operating time, maximum speed, and acceleration from 0 km/h to 60 km/h, 0 km/h to 100 km/h, 0 km/h to 150 km/h. You can also prioritize the time for displaying details for each of the parameters for a trip, for today, in a week, in a month, during all the time in this digital car launcher application for your car stereo.

Along with the trip details and additional themes for the launcher, you will get a number of options that you can use to customize the app’s default setting. If the internet connection is available the principal screen will display the weather information. 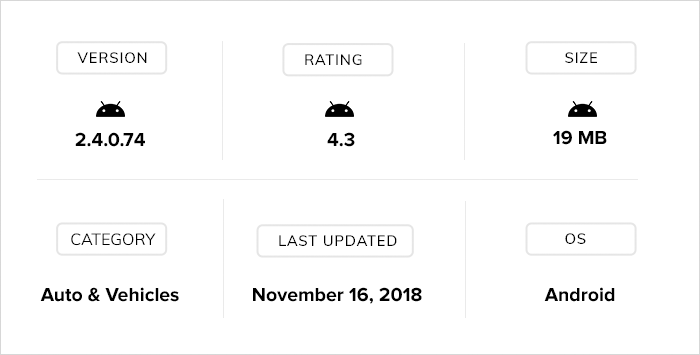 How Much Does The Car Launcher Pro App Cost?

The Car Launcher Pro is a paid Android application but it doesn’t range among the super expensive ones. In order to enjoy all the features provided by Car Launcher Pro for your car stereo, users need to spend less than three dollars, well $2.99 to be exact.

In addition, this Android car launcher app will also keep you updated with your real-time location on the map along with the other app features. So if you prefer to change the color of the wallpaper or add any different wallpaper, the app does that for you with just a click or two.

The Car Launcher Pro is an advanced Android application that offers amazing features at a great price. For example, users have the option to enable the automatic brightness control setting to adjust the brightness automatically and further customize the app as per their preference.

As per our team of experts, Car Launcher Pro for car stereo is one of the best Android car launcher apps you can try out in 2019. And the best part is that the list does not end here; it comprises countless features including support for system widgets, and support for an additional number of screens, which are also stated in this Car Launcher Pro app review above.

Also, in case you are interested in knowing more about the latest Android, as well as iOS apps, hitting the app stores. We suggest you stay tuned with the daily updates of MobileAppDaily. And We always recommend our readers to go through the detailed app reviews of the top-notch app before downloading it.

And if you still have any questions regarding ‘which car launcher app is the best’ or ‘how to set up a car launcher application’ or anything else related to the Car Launcher Pro review, then feel free to connect with us by leaving a ‘Comment’ down below.