Beware of This New Android Malware, Capable of Stealing More Than Text and Data Information 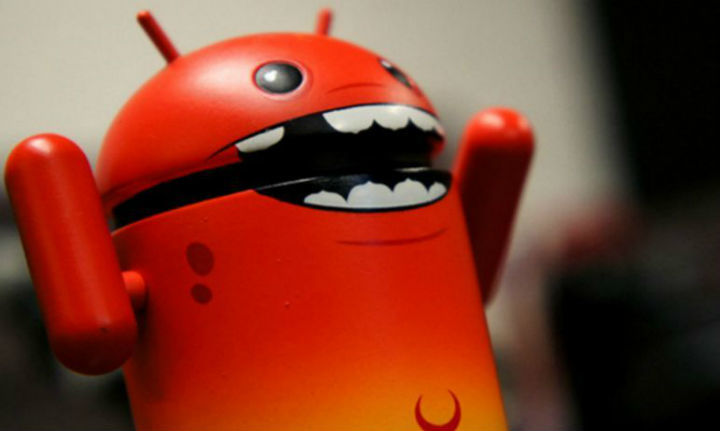 A new malware has taken the birth and entered into the Android market of applications targeting the users to steal their information. Android devices have been targeted by the rogue hackers in order to steal the device and user information. Earlier this year the Google Play Store had been hit by so many malware and spyware which was able to bypass the Google security. Google’s security for the Android device was always vulnerable to the malware crafted by the hackers.

Google has just released a new security feature for the Android users to save them from any further malware attack. If listen to the tech giant the new attribute is able to automatically scan and detect any amiss activity in the app installed or about to be installed in the device. The new feature is named Google Play Protect which is enrolled to the Android devices last week. However, we believe that it is an appreciable step by the Google, but still, users need to be updated about the potential harm and should be aware how to take precautions to save themselves.

The latest malware which comes into existence to harm the Android user is named Ghost ctrl. This new threat is working as an imposter and will make you believe that you are dealing with one of the most popular apps. Initially, the malware targeted the popular apps like Pokemon Go and WhatsApp to enter the devices of billion users.The malicious apps after getting downloaded to the user's smartphone start rooting its way to the user sensitive information.

The Ghost ctrl makes its way from the back door to extract the information like location, text, calls, and contacts. But, the story doesn't ends here this new enhanced malware from the other side of the tech world is capable of doing more than just stealing this information. The situation gets worse when the malware able to operate your camera and microphone, so it can also collect the personal moments via the device. The malicious software is designed to record your activities via inbuilt smartphone camera and microphone.  Along with this, the malware can also gather the core information of your devices like battery level, WiFi information, and others.

This is not the only malware that is terrorizing the smartphone user, there is also one more named LeakerLOcker. However, this malware works differently from the former one. The app intimidates the users to pay a ransom amount and threatens them to spread their personal data over E-mails. According to the security company Mcafee, LekerLocker, after it gets downloaded on the user's device, collects all the information, including email access, e-mail contact list, browsing data, texts, calls, a picture from the camera and other device information. Afterward, warned the user that it will share all the information over each contact on email contact list and ask to pay a ransom amount of $50 to avoid the action which, they had to pay within 72 hours.

Mcafee also reported the name of the two Android apps which are carrying this malware. One is the Wallpapers Blur HD  which already been downloaded from 5,000 t0 10,000 times and another is Booster & Cleaner Pro which reached about 1,000 to 5,000 times of download.

In order to avoid any kind of harm to your device and make sure your personal data stay safe don't download the legitimate apps like these. Install the application only from the authenticated app store like Google Play Store.

The Google Play Store has over 2.5 million apps, still, there are many apps that don’t pass through the stringent Play Store’s guidelines and end up in some of the other third-party app stores.Thankfully, there is now an alternative to the official Android app store and its called AC

Gartner’s list of best technologies is going to be revolutionary in terms of enabling the organizations to unveil the utmost potential of the Internet of Things technology in the coming years. The list is comprised of a wide range of new technologies and proficiency that most organizations sho

From the past couple of months, all eyes were on the release of Pixel 3 and Pixel 3 XL smartphones, which has become center of attraction for many industry experts and tech geeks. Earlier, it was all speculation on its release and features that will accompany it. But now, in a recent twist in the de