With all the crunch going around and so much content to watch, affording them might get quite hard. Well, Popcorn Time, one of the best apps not on Play Store is there to deliver your favorite movies to you for free! 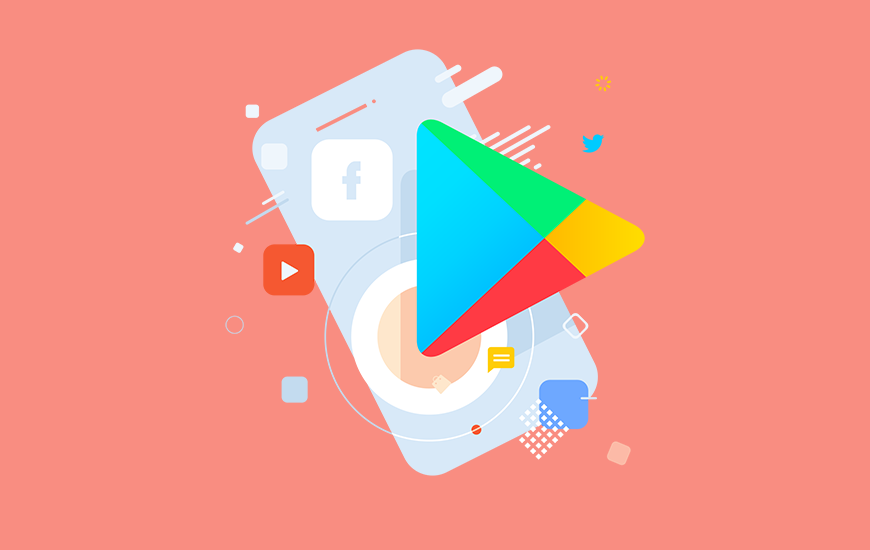 With all the crunch going around and so much content to watch, affording them might get quite hard. Well, Popcorn Time, one of the best apps not on Play Store is there to deliver your favorite movies to you for free!

With expanding numbers of mobile apps for smartphones and tablets, not every app qualifies the criteria of getting listed on the play stores such as Google Play and Apple App Store. Sometimes, the reason could be that their mobile app marketing strategy was not up to the mark; therefore, they could not have a good number of downloads. Or, apps lacked a few qualifying features according to the mobile app guidelines of the Apple App Store and Google Play Store. However, that is the reason why some of you miss such great apps with great features.

According to Statista, with 3.14 million apps available for users, Google Play Store led the app store market until the fourth quarter of 2020. Moreover, the Apple App Store had 2.09 million iOS apps for its users. With such a huge number of apps available, these app stores are very serious about the quality. Therefore, not every app qualifies the criteria. So, a few best apps shift to download methods such as official websites, or third-party app stores.

Moving forward, we are going to discuss a few best android apps outside Google Play Store. These apps serve different purposes, however, we are discussing them due to their features and quality. So, let’s begin with the list then!

A few best apps not on Google Play Store

These banned apps for Android smartphones and tablets are listed here as you are not going to find them on official app stores such as Google Play Store. However, due to their extraordinary features, they deserve a little bit of recognition. So, I suggest you check out this list mentioned further and pick the one you find suitable for your needs.

1. TubeMate: One of the best apps not on the Play Store

TubeMate is existing out there to make sure you are not missing your favorite YouTube videos even without the internet. This one of the best apps you won't find on Google Play Store or Apple App Store. However, keeping it in your smartphone might come in handy whenever you come across a music video or content you love.

This one of the best android apps outside the Google Play Store allows you to download your favorite content in the format you want to. Be it MP3, MP4, or AVI, TubeMate gives you the freedom of picking any audio or video file type you choose.

2. SnapTube: One of the top apps banned from Play Store

Download your favorite videos and music from platforms like Instagram, WhatsApp, YouTub, Dailymotion, and many more. SnapTube lets you download videos in your favorite resolutions such as 144p, 720p, 1080p, or 4K. However, it also depends on the resolution of the original video file you are downloading. However, to download this one of the best android apps not in Play Store, you need to authorize the “installation from unknown sources” in your smartphone.

3. VidMate: One of the top apps not on Google Play

VidMate is a 100% free fast downloader you can keep on your Android devices. The app is capable of downloading your favorite video and audio content from multiple platforms such as YouTube, Dailymotion, Instagram, etc. You also get the freedom of choosing your favorite download resolution such as 4K, 720p, 1080p, and much more.

This one of the best apps not on Android market has more advantages apart from the downloading process. If your friends love the content as you do, you can just share it with them offline via the VidMate app without any hassle.

4. NewPipe: One of the best android apps not on Google Play

NewPipe is a 100% free YouTube client that allows you to stream your favorite YouTube videos without having to go through ads. Yes! Without paying anything you can enjoy ad-free YouTube.

This one of the android apps not on Play Store is lightweight. That means, it does not consume too much space in your smartphones and does not require heavy configuration to run. The app is faster as well. As it disables the ads, the streaming experience stays smooth even with low-band networks such as 3G.

5. Popcorn Time: One of the top apps banned from Google Play

As the title suggests, install the app and get your popcorn ready for a good time. Popcorn Time has an exclusive range of shows and movies you can stream or download without having to pay even a single penny. This one of the best-banned android apps downloads makes sure that the quality of streaming remains up to the mark. Popcorn Time offers streaming quality in high resolutions such as 1080 and 4K. However, it also depends on the reception strength of the service you are using. This one of the top banned apps for android keeps updating its database with the latest released content for you to watch.

6. MusicPiped: One of the top apps not on Google Play Store

Developed by Deep Studio, MusicPiped is one of the best music players existing at the moment. This full-featured music player app has an open-source code published on Github for anyone to use the same. This one of the best apps not in Google Play is useful to stream a huge range of music without having to pay anything.

7. Aptoide: A best one from the banned Android apps list

With increasing numbers of mobile apps, competition is boosting as well. Therefore, without a good mobile app marketing strategy, even apps with the best features can not survive in the market. That leads to the rejection or removal of such apps from the app stores. Therefore, these developers look for other sources to publish their apps.

Now, if you are a developer as well, you might have to consider this problem that might occur in the future for your mobile apps as well. If you are new in the industry, you can contact MobileAppDaily and submit your project to get your app reviewed. Our experts will help you in forming a perfect app marketing strategy to make your app not only survive but also thrive in the competitive market.

NEXT Ola Electric Raised $56M Funding In Series A Funding

20 Best Travel Apps to Accompany You on Your Trips

To feel the peace in the Himalayas, or enjoy the nightlife of Los Angeles - it doesn’t matter where you are traveling to, proper planning is important. Unpredictable situations such as delayed flights, unavailability of places to stay, or blocked traffic routes can ruin the mood of your wander

People have changed the way they used to listen to music. Buying records, CDs, or even downloading your favorite tunes are the things of the past. Today, streaming apps have taken the charge of spreading the beats around the world. You can listen to your favorite tracks, follow your favorite artists

Smart Device users are in luck because never before have they had as many state-of-the-art trading apps to choose from.The first thing you have to do before you start trading on the Android platform is to equip yourself with a reliable and good stock market app. Today there are several top stock

With time, the world is getting faster and advanced. And for many, that is resulting in less time for their own well-being. With less time, more effort, and more stress, mental health has become one of the crucial issues boosting amongst the current generations. Now, while we are cautious about our