IoT is usually referred to as the biggest driving force behind the need for 5G. 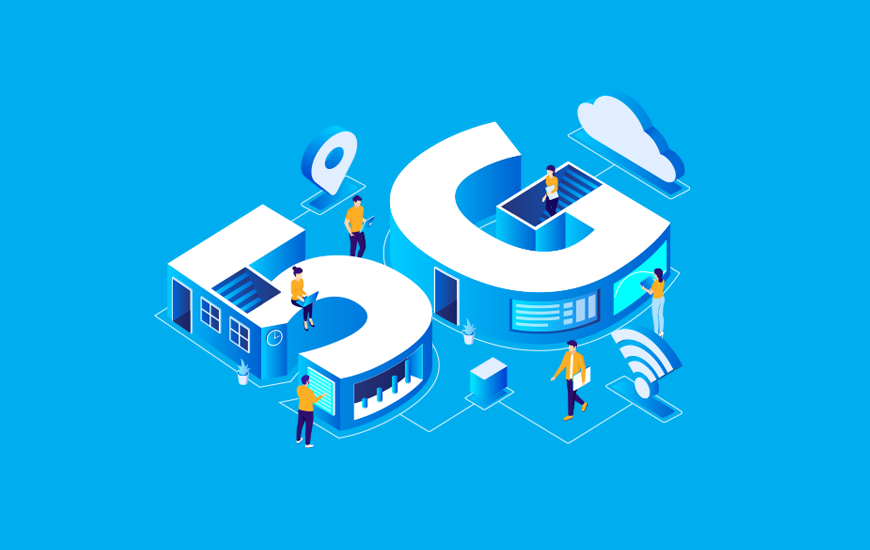 AI, cloud computing, smart cities, autonomous transport, the fourth industrial revolution - the world is rapidly adopting more connected technologies and preparing itself for the future technology trends. To prepare this massive leap to the next level of the Smart World, major tech companies and telecom providers are laying the infrastructure for 5G.

We have been getting more and more information about the onset of 5G - but how will it influence our future?

After nearly a decade of making, 5G is finally becoming a reality. The rollout of the 5th generation of wireless Internet connectivity is one of the hottest topics today.

Like the previous networks, 5G appears to solve the particular tasks of the moment - handling higher data volumes and transmission speeds of an exponentially growing amount of connected devices and data exchange between them with extra speed and extra availability.

Sounds similar to the definition of the Internet of Things, right? No wonder that IoT is usually referred to as the biggest driving force behind the need for 5G, and digital transformation consulting services are focused on the next-gen wireless connectivity network.

How Did the 5G’s Journey Start?

2008 - NASA formulated a partnership with the Machine-to-Machine Intelligence (M2Mi) Corp, a platform for M2M and IoT development. This partnership was set up specifically to develop 5G technology.

In the same 2008, South Korea set up an R&D program for 5G mobile communication systems development.

"The ethos of the center is not built on competition but cooperation. 5G will be achieved through global collaboration so that everyone will benefit from working to a single standard."

2013 - Massive investments into 5G network creation and rollout from Samsung and Huawei.

2017 - 3rd Generation Partnership Project (3GPP), the group that creates the rules for wireless connectivity, issues the non-stand-alone standard for 5G, which allows 5G to coexist alongside 4G.

So What do We Have Today From the Much-Discussed 5G Network Rollout?

Yes, it is already here. In the US, for example, AT&T, Verizon, T-Mobile, and Sprint have already launched their 5G networks.

Though it is not widely available. If a user wants to get connected to a 5G network, he or she needs a perfect combination of many factors: a 5G-compatible smartphone (as of September 2019, there is just a dozen released on the market) in their hand, and the right location where their carrier has already built out the 5th generation network.

“In Europe and the US, operator strategies that are not built around 5G are rare. It strikes me however that it is bold to assume that consumers will take up 5G the moment it’s available and that 5G will underpin the modern digital business from day one. The economics of providing 5G connectivity will make it difficult for mobile operators to drive costs low enough to make moving to 5G tempting for users.”

There are 2 key facts about 5G characteristics:

As a result, we have the following performance numbers:

How Will 5G be Developing?

According to ITU, here the possible areas, where 5G can be deployed with ease:

5G Impact on the IoT Industry

It goes without saying, that the arrival of 5G technologies addresses the evolution far beyond the mobile Internet - to massive IoT adoption and next-level Internet of Things software development.

"5G will be the post-smartphone era. Phones are the first place to launch because [they're] such an anchor in our lives from a connectivity standpoint."

The slow rollout of 5G services is actually an advantage for the IoT sector because its use cases already involve many complexities. But at the same time, IoT suppliers need to figure out how full-featured 5G could be deployed in future initiatives.

Even the telecom service providers will have to be in cahoots with the IoT suppliers so that these industries can deliver what the market is expecting out of them.

Ever since the company has entered the market, it has proved itself as a reliable and skillful tech partner. So far the company has successfully delivered over 250 projects while working with clients belonging to different regions and industry verticals. The team of R-Style Lab consists of highly competent tech specialists and extremely qualified managers that work towards delivering custom solutions as per clients's requirements.

Want To Hire The Best Service Provider?
MobileAppDaily will help you explore the best service providers depending on your vision, budget, project requirements and industry. Get in touch and create a list of best-suited companies for your needs.
Get Free Consultation
Written By:
R-Style Lab..

Have an App Idea?
CONTACT
R-Style Lab
PREVIOUS How do LinkedIn, VSCO, and Spotify Promote Their Apps?

NEXT How to Use Animations in Mobile Apps? [2021 Guide]

Forbes estimates that while Internet of Things (IoT) will be a $ 520 billion industry by 2021, connected devices are not yet ready to go fully mainstream. The major argument is that most smart IoT products, especially within the consumer segment, demonstrate limited cognitive capabilities and fail t