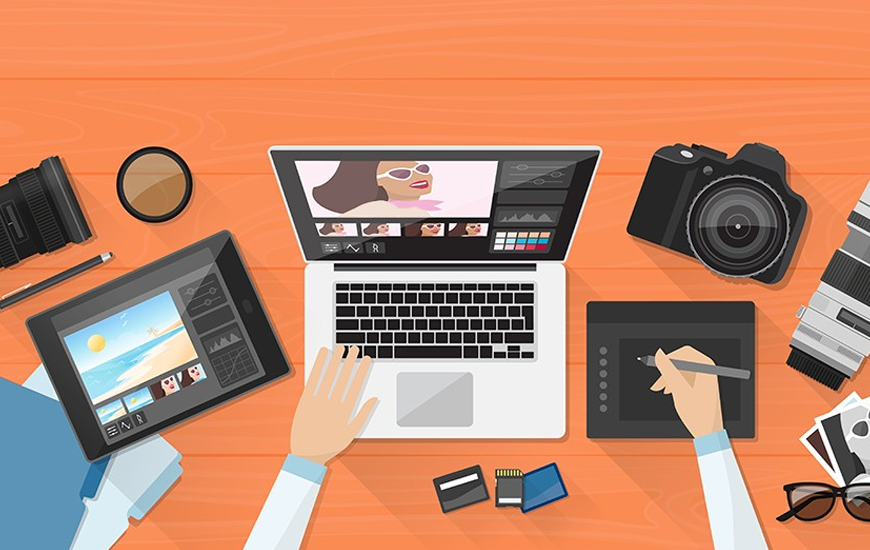 When it comes to photo editing, Apple's Macs, with their better computing power, faster processing, and larger memory clearly dominate the list as the best devices for the job. On the other hand, Apple has quickly fallen through the ranks since it decided to discontinue Aperture, leaving Photos as the only photo editing app present on its devices.

However, sometimes you need more than the nine filters and basic editing tools offered by Photos, which is why you've got to go through this list of the best photo editing apps for Mac that will make you the envy of your insta-fam! 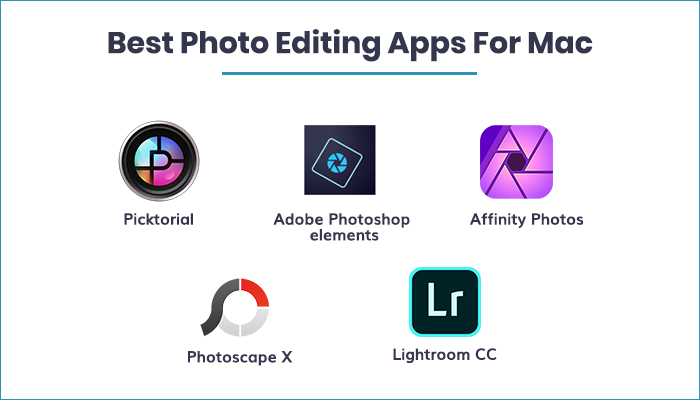 A Mac-exclusive raw-editor, Picktorial at first seems like another basic-level editing app with its minimalistic one-window layout and the usual editing tools - color and tone adjustment, defocusing and watermark options. It is easy to navigate and can store pictures, making it easier to access them when required in contrast to going through your device looking for the specific photo and folder.

Picktorial also provides 'Pre-sets,' which are pre-set adjustments that are applied to your photographs but it is the Retouch editing features, which set the app apart from its counterparts.

t contains blemish-patching, noise-removing, smoothing and defocus features, and the retouching effects can be applied to specific areas of the photo instead of blanketing over the entire image.

These areas can also be separately edited using the customize options, which are present to give the editor a greater control over the specific details of each area of the photo such as clarity and vibrancy. You can also add frames and textures to your photo, and in case you have applied an effect you want to remove, you will not have to start over again!

Picktorial is a nondestructive app, which also allows you to 'undo' your editing if required. All in all, priced at $69.99 with a highly competitive introductory price of $40, this Mac app is worth your money. With its flexible editing options, it is one of the best photo editing apps for Mac.

With Quick, Guided and Expert modes, Adobe's Photoshop Elements are two apps combined into one - an Elements Editor and an Organizer program. While the former contains powerful enhancement and adjustment tools as well as artistic effects and filters, the latter self explanatorily helps organize your photos.

The app is highly user-friendly, even for beginners, with automated editing and enhancement tools that can set tones and adjust lighting and exposure effortlessly.

It also caters to its user’s different experience levels with the three modes previously mentioned - the quick mode for beginners, the guided mode for more experienced users and the expert mode that allows complete access to all the editing features available, so that you can play around with your photographs to your heart's content!

Priced at $99.99, Adobe's Photoshop Elements definitely counts as one of the most expensive photo editing apps for Mac but its editing features and quality speak for themselves. Along with its user-friendly interface, this MacBook photo editor undoubtedly gives you your money's worth in image editing quality.

However, if you would like the editing features and quality provided by Adobe's apps at a lower price, you need to take a look at our next app.

At $49.99, Affinity Photo offers the same layout and editing features as available in Adobe Photoshop. It also borrows the concept of modes from Photoshop Elements, called Personas within the app; however, this is where the similarities end.

These Personas are of five kinds namely Photo, Develop, Liquify, Export and Tone Mapping. Each persona has its own toolbar and you can switch between them according to your need.

The Photo Persona contains the main toolbar, while Develop provides access to pre-processing tools, and the Tone Map has several adjustment elements such as brightness, light curves as well as filters.

Affinity Photo also allows you to edit your photo in layers, where you can make each effect or adjustment on a separate layer. These layers can be edited individually as well.

A significant element which sets Affinity Photo apart from the other photo editing apps for Mac is the Inpainting brush, which can be used to remove unwanted objects from a photograph, as well as repair,  scanned versions of damaged, developed photographs.

It also contains a stacking feature, which allows you to overlay multiple photos over one another in order to form a single combined image. With all these features at a low price, Affinity Photo is definitely an editing app that delivers more bang for your buck.

Nevertheless, if you are a beginner who does not want to spend so much on their editing apps, the next app on our list is for you.

The Photoscape X photo editor for Mac clearly stands out from its competitors for two reasons: one, that it is free, unless you want the additional editing tools present in the Pro version, which costs $38.99, and two, because it has a layout that moves away from the one usually seen in most photo editing apps for mac.

Photoscape X puts aside the toolbar and opts for tabs instead that run along the top of the main editing window. The viewing tab allows you to select a photo while the editor tab contains adjustment and enhancement features, filters, and a compare option, which allows you to view the changes made to your photo by comparing it with the original image.

The app also contains a feature for removing red-eye and skin blemishes. The rest of the tabs permit you to work with multiple photos at one time, such as applying the same effects to or resizing a number of photographs together.

Another attribute that sets this app apart is the GIF tool, which enables you to turn your images into animated GIFs and has much potential for creativity. The only drawback is that there is a limited number of selection elements, which means effects end up being applied to the entire photo instead of specific areas.

Nonetheless, the editing app itself has great potential and provides novice photographers with much creative room to learn and explore different editing options while having fun at the same time.

One of the most affordable photo editing apps for Mac is Adobe's Lightroom CC, which costs $9.99 per month. Regarded as an updated version of the Lightroom Classic CC, this image-editing app contains extra features along with the basic ones such as dehaze and exposure that can be further adjusted with sliders.

Some of these new features include a new, simple and easy to navigate interface with preset editing effects, and options for sharing pictures through both, social media and custom web galleries.

Lightroom CC also gives you the facility of syncing your devices, meaning that photos can be edited on any synced device, and the changes will be updated across all the devices. The preset editing effects will also be synced across devices.

The app provides 1 terabyte cloud backup storage for full resolution images including raw unedited files. You can store images on either cloud or device according to your preferences. Lightroom CC uses Adobe's Sensei technology for automated application of keywords and auto-tagging, thus helping in the organization of photographs without manual entering of the keywords.

A great affordable alternative to the expensive photo editing apps for Mac, it allows amateur photographers to explore their creativity across multiple devices while also providing them with seamless cloud storage.

The smartphones have replaced every gadget from our lives, right from playing games to editing photos, but due to immense ease of functionalities on the Mac, there remains a considerable scope of photo editing. The apps mentioned above offer out-of-the-box features that will make you a pro in photo editing on Mac.

For more updates on photo editing apps and software for Mac, you can comment below and let us know your concern.

Note
Who would’ve thought photo-editing could be possible via apps? Well, now that developers have thought about it, we’ve given them some credit in our article, while introducing our readers with the most user-friendly and featured photo-editing apps for mac! MobileAppDaily offers mobile app marketing services. To get featured, contact us!
Written By
Ayush Creative Head

Today, we see developers constantly working to improve their apps to bring in features that attract users. These improvements are happening due to changing user requirements.  Earlier, users were happy with applications that could run smoothly even if their interface was not up to the standard.

If you’re working as a designer, it becomes important to stay updated with the latest trends and be fluid using different design tools. You must know what prototyping tools are right for you. After all, what matters is how you communicate ideas at a specific time frame. However, switching betw

Mobile apps have taken the center stage in the business world, and there is no scope for errors in the ever-growing competition. Mobile app usability is one the most crucial aspect of any mobile app that makes an app distinguish from others. Making sure that your app is convenient for the users and

How Can Data Science Improve UX Design in 2021?