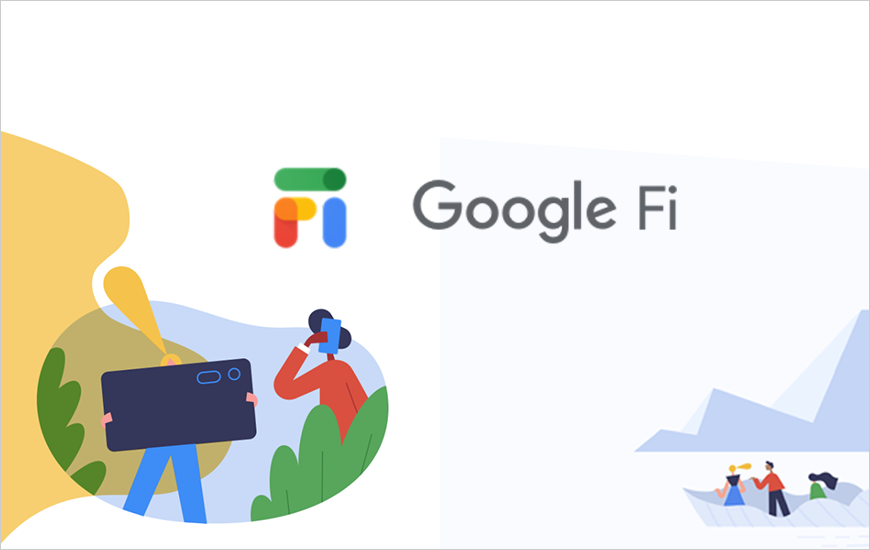 Google is never short of ideas and most of the time; the tech giant is smart enough to surprise us. It’s tech gadgets like Home Hub, and Pixel Slate Chrome OS Tablet are all signature of perfection. Taking a look at the first three quarters of this year, Google did introduce a couple of tech gems in the market like the Pixel 3 smartphone, Chromecast, Daydream View, and Home Mini.

Apart from this, there is one more thing that most of you might be missing is the ‘Google Fi,’ which was earlier labeled as ‘Project Fi.’ Google Fi was first was launched on April 22, 2015, for the Nexus 6 and rest all is history. Let’s know more about it.

What is Google Fi?

Google Fi is currently supported by only three cellular network operators which are T-Mobile, Sprint and U.S. Cellular.

With its mobile and data services, Google aims to simplified billing. Google Fi comes with the base pack of $20 that offers unlimited talk and texting. After the user hits the 6 GB cap of data usage, the flat rate of $10 per GB comes into play, and the data charge is limited to $60 for the remaining period of the month.

If the data consumption is more than that, the user can go for the $80 billing cycle, which offers unlimited data for the month. But after the consumption of 15 GB data, the speed will be lowered to 256kbps, which can be fueled with an additional $10 GB for full-speed data.

Google has also offered a "Group Plan" that can cover six people and will save $5 per person on the base plan.

How does Google Fi work?

It’s not that complex as you might have thought. Google Fi is just like another sim and requires a software tweak on your phone. The special Google sim, along with the software will authenticate the user on T-Mobile, Sprint and US Cellular. After authenticating, the user can switch between networks on the fly. 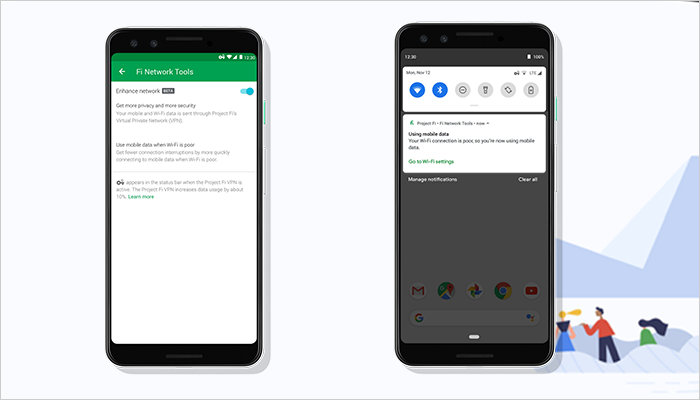 For the Pixel 3, 3 XL, 2 and 2XL users, there is an option of an integrated eSIM that doesn’t require a physical sim, and if needed, the slot can be used for some other carrier's network.

For ensuring round the clock network to the device, Google Fi continually looks out for good Wi-Fi networks, and if found, the connection is automatically routed through a VPN network, which protects the user from any unwanted security breach. It will save the user's primary data for later.

Where can all Google Fi be used?

The best thing about Google Fi is that it works in over 170 countries and if you travel to some other country, you won’t be charged more for texting and data usage, unlike other carriers. And for calls, there is a standard rate of $0.20/min. If you still wish to cut down on the calling expense, you can switch to Wi-Fi calling too.

As discussed earlier, Google Fi is a special sim that is not supported by all smartphones. Google Fi needs a device that supports multiple cellular networks and can work across networks. 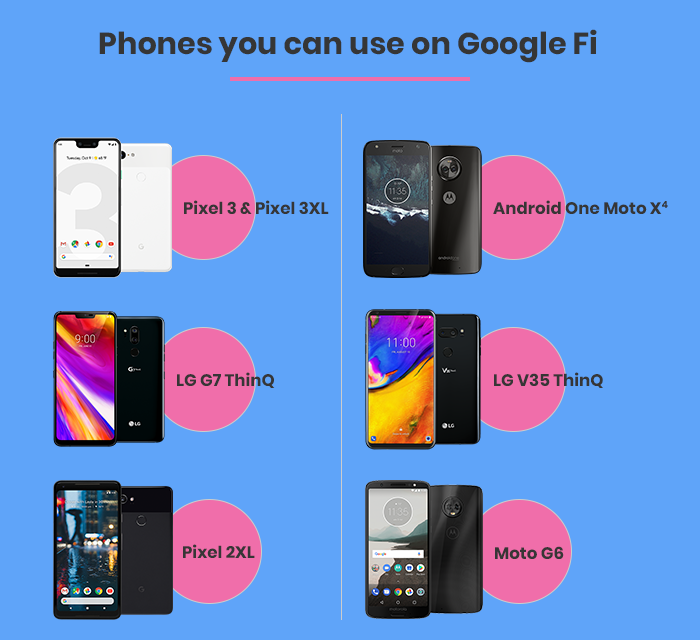 The devices that can work with Google Fi are as under:

1. Moto g6: The moto g6 is technically the most affordable Fi-friendly phone. With its 5.7” edge-to-edge display, a battery built to last, and TurboPower capabilities for quick recharging, the device is a real workhorse.

3. LG V35 ThinQ: This smartphone has best-in-class features, coupled with the OLED-powered display and a high-performance processor. The device comes packed in an ultra-thin and lightweight package.

4. Android One Moto X4: It’s the latest device to join the Project Fi network. Moto X4 has fully optimized Google Assistant and the robust built-in security. The device has almost all the features that matter.

5. Google Pixel 3, 2 XL, and 3 XL: Being under Google’s hood, we expect them to be listed here. The devices use technology that intelligently switches between Fi’s three cellular network partners, as well as secure Wi-Fi hotspots.

To use these devices on the Google Fi network, you better grab the North American model because not all devices have the same network switching technology.

Some Good News For The Android and iOS Users

To expand its services to other devices, Google has planned to bring its mobile data and voice services to the iPhone and other Android devices as well. In a recent announcement, Google has said that people can sign up for Fi with devices from different smartphone manufacturers like Samsung, LG, Moto, OnePlus, and iPhones (in beta). It is the first time that the service is being rolled out for the iOS users.

Irrespective of the device, Google promised to deliver seamless features like reliable coverage, easy group plans, and high-speed international data coverage to all the users.

“Starting today, Project Fi is available on more phones: our plan now works with the majority of Android devices and iPhones. And since we’re officially expanding our device support, we’re making our name more official, too: we’re now Google Fi.”

There may be a difference in the features depending upon the Android or iOS device in use. To experience all the features on your device, you need to switch on the fully compatible devices as mentioned above.

PREVIOUS Best Security Practices For Java and Android in 2022: Symmetric Encryption with AES

Facebook finally started talking about its secret smart home video chat product that will compete with Amazon’s Echo show. According to a report from Cheddar, the social media giant is planning to launch its video chatting hardware product later this year. The report also reveals that the prod