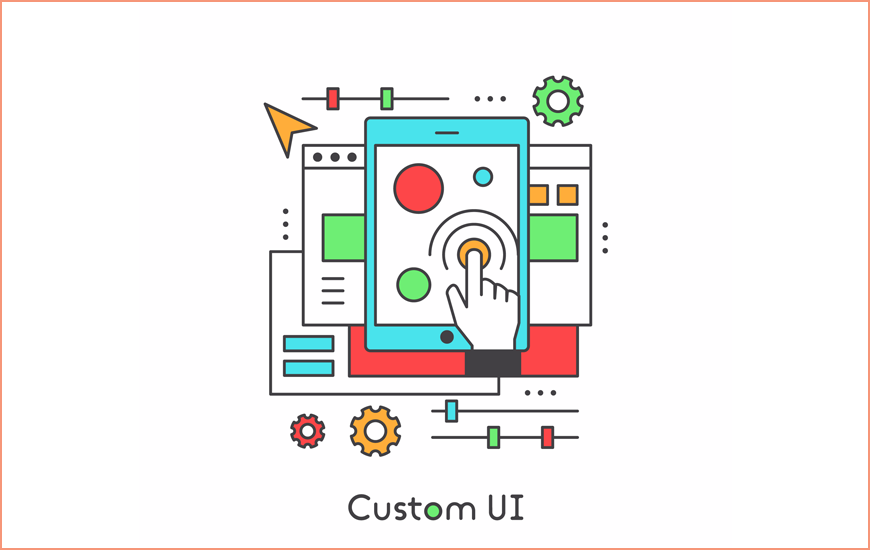 Around two million mobile apps were available in both Google Play and Apple App stores as of July to September 2018. But in an increasingly saturated app market, you’ll have to stand out from the rest of the competition to make it out alive.

If you settle for a ready-made mobile app for your business, you might eventually regret the said decision, especially if it doesn’t suit your needs as well as those of your target users. You’ll thus need a custom app instead.

Advantages Of A Custom App Builder

Rather than figuring out how to create your custom software on your own, you might want to consider the following advantages that hiring an app builder can bring to your business.

1. A custom app builder can save you time and money.

You might initially think that building a custom mobile app for your business all by yourself is faster and cheaper. But here are some ballpark figures to ponder upon that can make you quit developing it before you even started:

You most likely don’t have 18 weeks, 300 hours, and $3,000 to build a custom app, most especially if your plate is already full with other things to do like meeting with clients, overseeing your business operations, attending speaking engagements, and so much more.

Instead of trying to wing it solo, you can hire a custom app builder instead and let them do the dirty work of developing your bespoke mobile software for you so you can focus on all other aspects of your business.

2. A custom app builder can provide your mobile software with tailor-fit solutions to address all your data security needs.

Rather than build a mobile app from scratch, you may have opted to use one that’s already available for you and your target users to download and install. But since you don’t even know anything about the company that’s developed it, they might not have added any security features to it, thus putting any sensitive information about its users at risk.

For instance, if you decided to settle for a third-party shopping app, its developers might not have included an option to mask the user’s credit card information. A hacker might snoop at any of its users entering their credit card info in it while in a public place.

They might not even notice that someone is stalking at their phone while they’re using the said app. The hacker might then try to enter the victim’s credit card info in their copy of the same app and make numerous purchases. The unfortunate victim might only realize that their credit card info was compromised after they receive several packages at their doorstep that they didn’t even order.

On the other hand, if you hire a developer to build a custom shopping app for your business, they can include features that mask its users’ credit card information as well as password and contact details as part of its security features. Your hired developer can even ramp up the security of your custom app further by letting its users log in using only their fingerprints or a specific letter and number combination different from their password.

3. A custom app builder can provide you with initial support even after they’ve finished developing your mobile software.

When you settle for a ready-made mobile app, there’s no telling if its developer still offers customer support for it, especially if they’ve already discontinued it.

But when you let a custom app builder create special mobile software for your business, they can provide external customer support to you and its users as part of rendering their services to you – at least initially. They can also train some of your staff to handle some of the most common troubleshooting requests that your custom app would receive until such time that you can already build a customer service team of your own for it.

In 2016, close to three out of every four enterprises have built custom mobile apps which underlines the need for your business to have one as well. But if you try to create a mobile app all by yourself despite having very little knowledge about it, you stand to put out a product that might fall short of your expectations.

That’s why you might want to avail of the services of a builder working for a custom app development company instead, especially after bearing in mind the above-listed advantages of hiring one to make a potentially successful product that can propel your business towards financial gain.

For more insights about the mobile app development, you can comment below and let us know your concern.

How to Choose Mobile App Development Agency For Your Startup Project?

React.JS Vs Vue.JS: Which JavaScript Framework is the Best

Which is the best JavaScript Framework between React.JS and Vue.JS?This is the question that a majority of people if not all have been asking for the past few years. And we can understand the reason behind this repetitive question as it is not an easy task to pick one from two of the best JavaSc

How Cloud Technology is Beneficial for App Development?

8 Kotlin Features Every Java Developer Should Know In 2020

The Android programming language, Kotlin has gained a  ton of popularity over a short period of time. Today, Kotlin is being used in a majority of sectors which also includes its application in mobile app development and server-side systems. Kotlin is basically a statically typed JVM language t

Two of the popular cross-platform frameworks includes React Native and Xamarin. The year 2018 was stellar concerning apps that were produced in any defined year and most of these applications were developed using these two influential cross-platform mobile app development frameworks.iOS applicat