When is Google's Birthday? Your Best Friend in Need

From the past many years, Google’s birthday is marked on September 27th, and this year also, we expect from the tech giant to toss up some exciting surprises for its users. 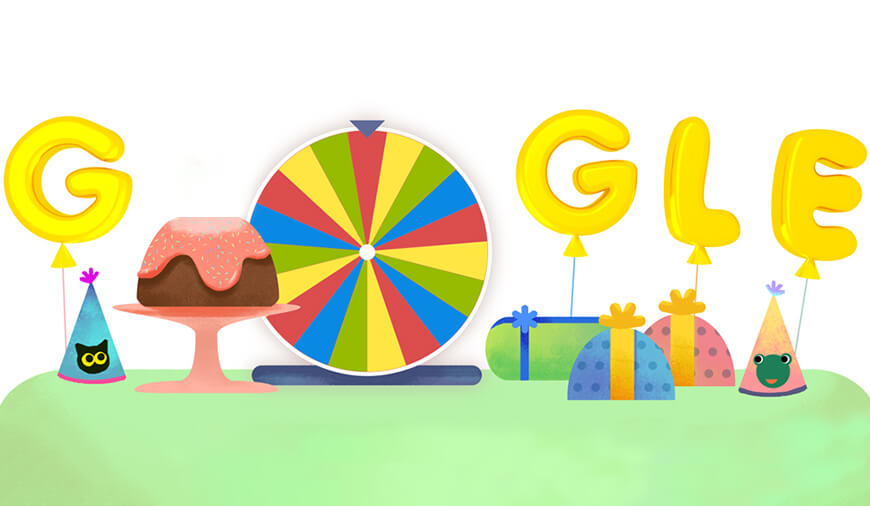 Birthday celebrations are always fun. You have gifts, cake, burgers, pizzas and much more to relieve most of your desires. But what if, some company wants to celebrate its most celebrated day of the year. You expect the company to roll out some out of the box perks for its employees and little celebrations. Right?

Now think about Google. The American multinational technology giant celebrates its birthday on September 27, and this year, the company is going to turn 20, which makes it two full decades with unparalleled dominance. Currently, Google has a user base of around 5 billion users spread across the globe.

Last year also, Google commemorated the grand event with some fantastic surprises. Google posted its birthday note on its official page, which stated,

”Billions of searches later, perhaps the happiest happenstance has been how Google has grown throughout the past 19 years. Named for the number “googol” (a 1 followed by one hundred zeroes), Google inches closer to its namesake each year, currently serving more than 4.5 billion users in 160 countries speaking 123 languages worldwide.”

“Upon clicking today's Google Doodle, we invite you to explore 19 surprises we've launched over the past 19 years - including our brand new Search easter egg: Snake Game! So give it a spin and thanks for celebrating with us!”

Interestingly, there is still confusion about the exact date of Google’s inception. Google first registered the domain www.google.com in 1997, but the company started off with its business in 1998. So, going by this, Google calculates its total years of existence by taking the year 1998 into consideration.

According to many sources, Google started off on September 7, but the date was shifted by 20 days. If reports are to be believed, it was done because of the date clash with that of the World Trade Center bombing.

From the past many years, Google’s birthday is marked on September 27th, and this year also, we expect from the tech giant to toss up some exciting surprises for its users.

The wheel spin game that Google released on its birthday was quite entertaining. The game was racked on the Search home page of Google, which was decorated with the birthday type company logo.

On clicking on Google’s birthday spinner, the users were directed to the rotating spinner. On clicking on the spinner, each user was assigned a game which he could play, or the user had other option also of spinning the wheel again for picking a different game.

PREVIOUS Is the War Between Google and Trump Worth Fighting?

The entire world is in the deep sorrow for losing the modern cosmology star today. Stephen Hawking, the British theoretical physicist, cosmologist, and the author has died today at the age of 76. The cosmologist was diagnosed with an early form of motor neuron disease, amyotrophic lateral sclerosis

Reasons Why You Should Ditch Smartphones

The use of Smartphones is increasing day by day. Smartphones make our things more convenient and give us access instantly to anything we need. But ditching the smartphones can also prove to be beneficial for you.Are people really ditching their smartphones? Yes, you read that title correctly. Mo

No one wants to connect their systems or mobile devices with networks that are not secure, especially without a Virtual Private Network i.e. VPN. Currently, there are various VPN services available in the market but some of those high-end services can turn out to be quite expensive.This is the m