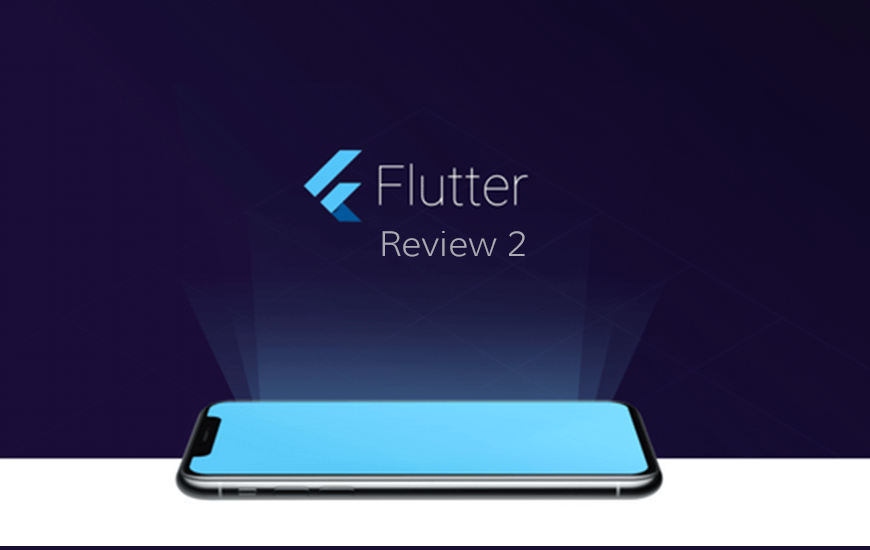 Flutter, Google’s new toolkit for building a more interactive native user interface for Android and iOS receives its final preview. On, Thursday, the company kicked off Flutter Release Preview 2, which is the final release before the Flutter 1.0 launch. Google pushed the first beta version of Flutter back in February and continued to update it with new releases to sort out the bugs. With the preview 2, the company aims to complete the core functionality and improve the quality of the product. Besides, the tech giant also announced that this would be the last release before the final Flutter 1.0 stable version, the team is now completely focusing on the final version.

Google has introduced Flutter for the developers to build more convenient and brand-driven app design. The tool offers exclusive features that make it possible for the Android and as well iOS developers to create interactive app designs. However, still, some of the developers told Google that they want to build the iOS applications that strictly follows the Apple interface guidelines. To make this possible Google has added support for more iOS themed widgets and libraries based on ‘Cupertino’  controls in Flutter Release Preview 2 and named the version, ‘Pixel-Perfect on iOS’. Now, with access more extensive widgets and libraries, developers can easily build iOS apps following the Apple guidelines subjected to the interface.

Along with the iOS themed widgets, the company has also made some other changes for the developers in the Flutter Release Preview 2.  Google has also added the support for the execution of Dart code in the background. This means now the Flutter app will be able to run or activated by plugins like timers, location and other triggers offered by the OS.

One of the significant changes that come with Flutter Release Preview 2 is the reduction in its size. Now, the Flutter comes with 30% lesser size for both Android and iOS than its previously launched versions. The Flutter application package size is available in 4.7MB as the company has scraped off 2MB by optimizing the APK/IPA for the developers. Besides, the team is still seeking the further possibility of optimizing the tool.

Who is using Flutter?

Google first announced the Flutter being ‘production ready’  back in Google I/O event and started releasing the unstable versions for the developers. The company’s new toolkit received a great response from the users and even before the release of Flutter 1.0 thousands of flutter apps already started appearing in the app stores. Flutter is also counted among the top 50 active software repositories on Github. 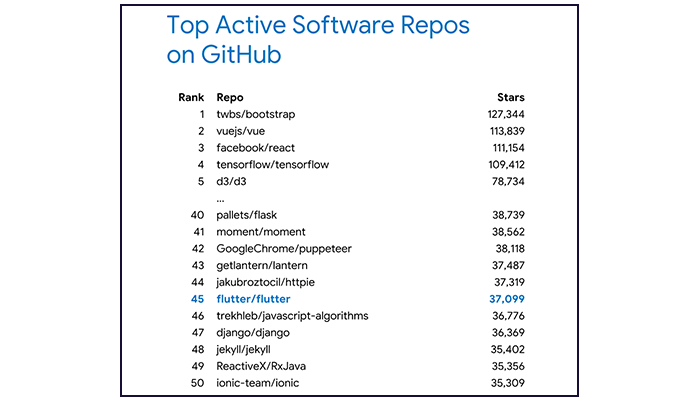 The big brands like Tencent and Alibaba have also built their iOS and Android apps using Flutter. In addition to this, Google also surveyed to know about the precise feedback from the users. According to Google, 92% of the users are satisfied with Flutter, and around 72% of the Flutter users are happy with the fast development and alluring UI’s. Google also claims that 82% of the developers using Flutter are satisfied with dart programming language.

Apart from this, Flutter’s growing popularity can also be seen by rapidly increasing StackOverflow question and answers in the below chart.

How to upgrade to Flutter Release Preview 2?

Clearly, Flutter is seeing exponential growth. With time, it surely is going to take the world by storm. No wonder top flutter development companies are already seeing such a huge number of requests. Stay tuned with MobileAppDaily for the latest updates regarding the topic.