Getting Started With Social Media Streaming -What You Need To know

Make sure to use the social media streaming effectively for engaging users. 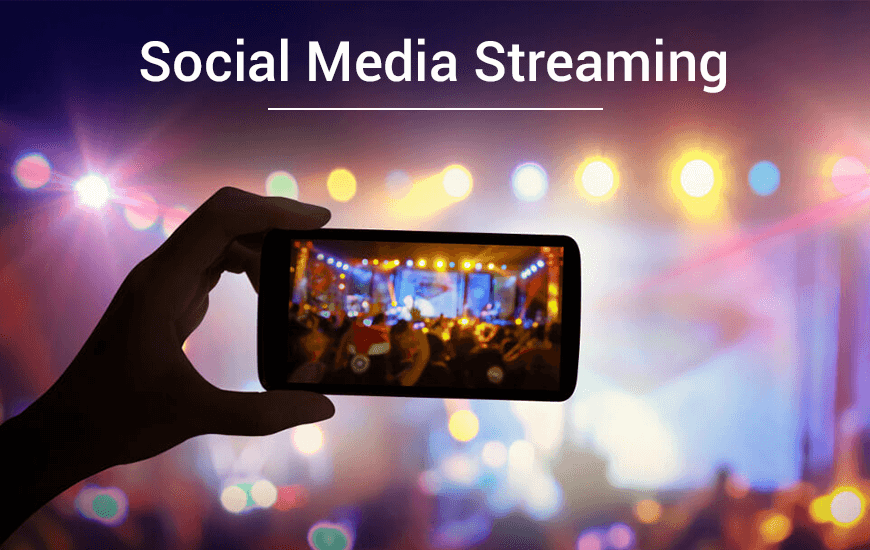 With the increasing popularity of video content in the online space, it is clearly evident that the consumers worldwide are in a continuous shift to Medias those provide higher levels of interaction. Having said this, the video content preferences are currently in the move towards live streaming, and notably, a survey shows that live streaming videos received 7 times more engagement that the recorded video and other on-demand video content. With such scenarios in hand, what will happen if something as highly interactive as social media meets live streaming?

Understanding this, there is the humongous number of businesses trying to leverage their interests in diverse social media streaming platforms going all the way from Facebook to YouTube, Instagram, Twitter, Snapchat, Twitch and many more. This article inculcates some of the very crucial aspects of social media streaming, ways each of these platforms function and ways to monetize.

How & where to get started with Social media streaming?

The Internet is full of solutions that facilitate the seamless adoption of streaming as a career, service, or a marketing tool. To understand better on the topic, let’s discuss on some of the popular platforms in social media streaming business, and understand their model for revenue generation. We will also see how they catter to different types of audiences. 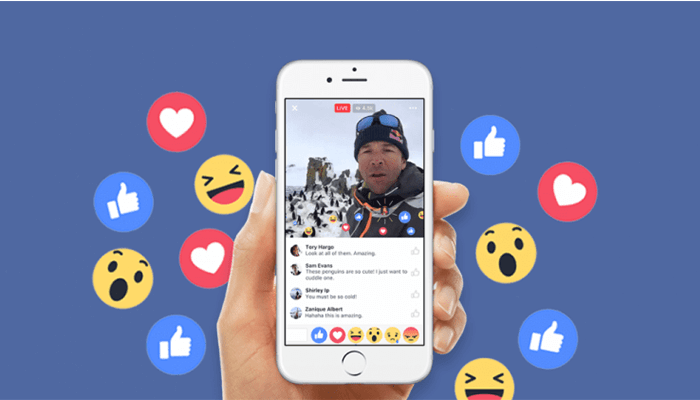 After it’s launch in August 2015, Facebook Live is seeing an exponential growth in its popularity. In fact, it paid $2.2 million to various influencers just to try out the feature, in order to increase the platform’s popularity. As a result, Facebook experienced a 300% growth in live videos from media companies between January and May 2016.

Facebook live is a highly optimized platform for personal as well as professional live streaming. Viewers can communicate using text, stickers, and various emojis. A streamer can tag friends and followers who he/she thinks would be interested in the stream. It also allows hashtags to make the stream highly targeted and visible.

With around 1.2 billion active users per month, it caters extensive industry verticals from Entertainment and Lifestyle to Individual businesses and corporates. Businesses are using Facebook Live as the alternative to sharing their YouTube videos on the social media platform as they have a relevant audience base on Facebook and can conveniently get viewers for their broadcast. The grown popularity and exclusivity has encouraged businesses to adopt a separate marketing plan for Facebook Live as well. They are using Facebook for streaming varieties of content such as:

Both the streamer and as well as Facebook can generate revenues using a newly added feature called ‘Ad breaks’. These are short brand videos that can be included in your videos and Facebook pays you for it. Ads are automatically placed at ‘natural breaks’ in your content or you can also choose your own placements. 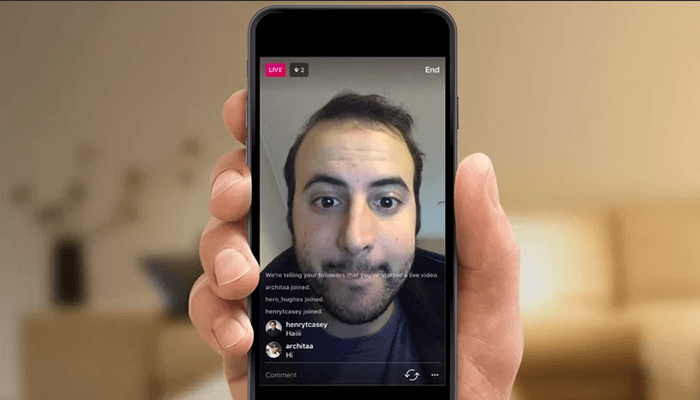 With a base of more than 800 million active monthly users, this Facebook-owned platform is another suitable medium for live streaming.  In fact, 71% of U.S. businesses were compelled to have separate marketing plans to leverage their Instagram live strategy.

The live feature is being used by the businesses across the globe for streaming on topics like Newsflash, Q&A, celebrations, behind the scenes, product launch, tutorials and many more.
The features for interaction with streamers on Instagram are quite similar to that of Facebook. Users get to use all those catchy emojis and texts to write in the live chat itself.

Currently, there are no monetization options available for users through Instagram’s live streaming. The social media platform generates its revenue through featured Ads such as Sponsored posts, Carousel Ads, Video Ads in stories, and Ads posted on Instagram via Facebook.

With more than 10 million registered users and 2 million daily users, Periscope is a popular destination for live streaming. Its features include GoPro-integration and live-sketching during presentations, making it best suited for professional streaming. Also, live streaming on Periscope can be hosted on a Twitter page, making the stream visible to all your Twitter followers as well.

There is a wide selection of videos that can be streamed on Periscope like Product demonstrations, Newsflash, Tutorials, Presentations and, many more.

Ways to monetize with Periscope

Twitter is the parent company of Periscope. The application by itself does not generate any revenue currently, but it does bring users from the platform to Twitter, where they generate revenue. 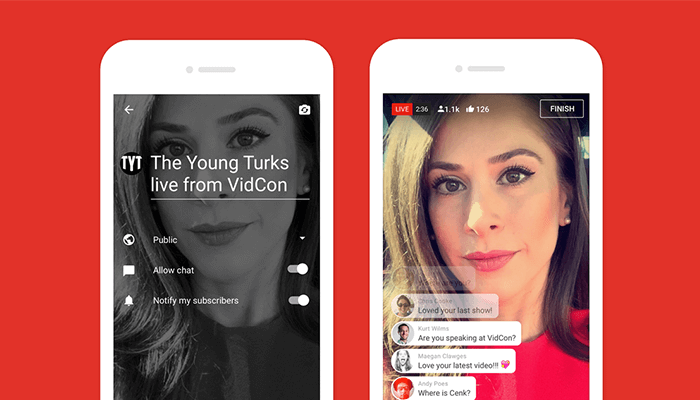 The Google-owned company has a major share in 2018’s video streaming market. According to reports, the platform witnesses 1.57 billion users in a month and 30+ million active users daily. With such a huge audience base, more than 500 million videos are being watched every day from its mobile app itself, making YouTube the platform with highest visitor traction for live streaming.

Depending on the SEO factors, YouTube videos and live stream suggestions are also shown on Google’s SERPs. By employing some creative headlines, accurate keywords, and with careful tagging, one can gain a higher visibility in Google’s as well as YouTube’s SERPs. Moreover, to provide greater visibility, YouTube shows the stream to non-subscribers as well.

YouTube is a suitable platform for almost any kind of live streaming. From a business and marketing angle, you can stream on the topics like a product launch, product demonstration, tutorials, behind the scenes, and any kind of shortest to the lengthiest videos as well. 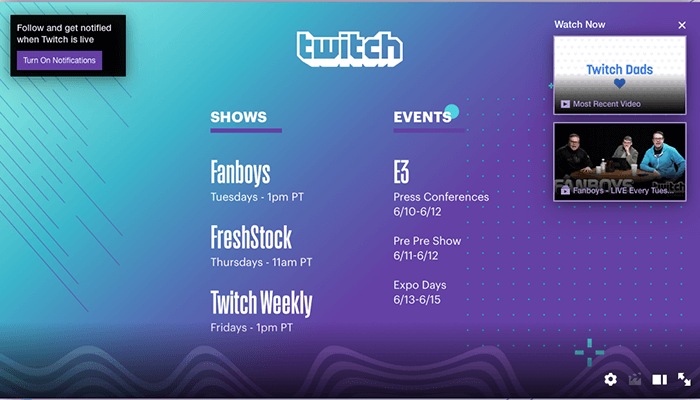 This Amazon-owned platform is a new entrant in the market, and it’s gaining massive popularity among gamers. Never the less, it carries an extensive potential to gain the traction from more than just gaming. And, with an audience base of 10 million daily users, the platform grants an amazing opportunity for user interaction and engagements during live streaming. In the U.S., Twitch is just after Netflix, Apple, and Google in terms of peak internet traffic says the Wall Street Journal.

Ways to monetize with Twitch

Moreover, the paid membership offers unlimited access for a fixed charge, allowing an ad-free and enhanced viewing experience. You can start streaming as soon as you sign up for ‘Twitch partnership program’. As a Twitch partner-

Social media streaming is beneficial to businesses of every vertical in boosting their brand identity and make money live streaming.

It creates a sense of urgency as it is happening now, in the real time, which is also called as FOMO (Fear Of Missing Out). By leveraging the present generation’s habit of staying up-to-date, businesses are utilizing FOMO to gain more and more traction for their marketing campaigns.

For example, The following notification for a live stream of PUBG global tournament is something that none of the PUBG fans would want to miss. That’s FOMO. 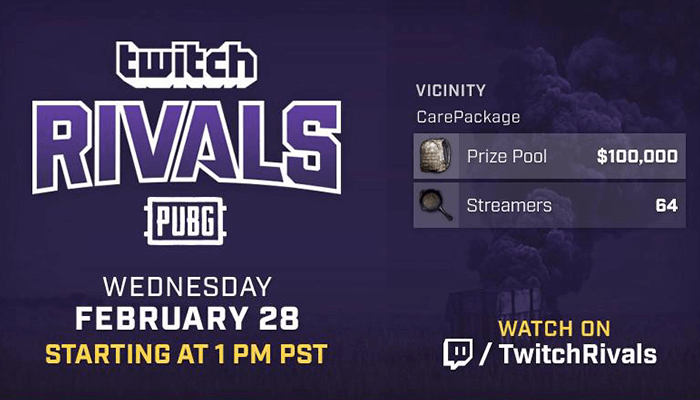 Live chats give a chance to the viewers to steal a moment of interaction with their favorite figure or brand. When people get real-time answers to their questions, they feel more connected and engaged with the brand. A regular interaction, a quick Q&A, or even a simple chatting session can lead to spontaneous results for the brands.

3. Live Streaming is broad and unlimited

The fun part of live streaming is, it’s not limited to a physical space. Just check out how DJ Axwell’s Facebook live streaming reached an audience of 4 million, while the capacity of the venue stadium was only 5000. If it was not for social media streaming, it would have been impossible to reach such a huge audience. 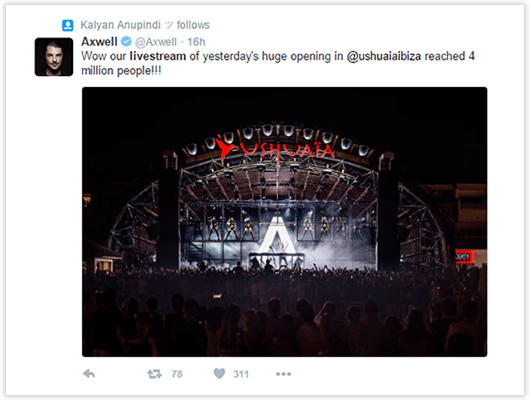 Moreover, live streaming is not limited to live concerts and gaming industry alone. Every industry has the potential to enhance all their business aspects, from Product development, sales, and marketing to a better customer experience, if they adopt it and make full use of live streaming.

What can you stream?

The extent of content for live streaming is immeasurable. There are numerous methods for Brands to stream as a business and emerge highly successful.

Live videos are the future. No matter what your business scale is, your business should embrace the ability to broadcast live. Broadcasting live can mark your presence in the market. Moreover, it can also be a very good business option. You can start a live streaming website of your own, and invite people and businesses into use it. Instead of depending on the limitations of other platforms you can have your own with the platform with unlimited access and powered earning.

A marketing professional with expertise in strategies to engage customers and improve business opportunities. Interested in marketing communications and like to keep abreast of new trends and developments.

NEXT What Are The Reasons For Mobile Apps Fail?

Why Your App Need Reviews - Importance and Benefits

Today, the reviews and ratings of a product/service contribute a lot in the decision to purchase. For instance, we go through restaurant reviews before making a reservation, have a look at the movie ratings before buying the tickets and the same is the thing with mobile apps - we read app reviews be

Significance of User Retention and Strategies to Improve it

User Retention is a very significant factor that can be sometimes a little tricky to follow up.What Do You Need to do With User Retention?If you own a business related to no particular industry you still need to measure and then improve your User Retention rate.This statement is valid fo

Mobile-first Strategies Will Have Enterprise Chat Apps As Their Centerpiece

“By 2018, more Than 50 Percent of Users Will Use a Tablet or Smartphone for All Online Activities.” ~ GartnerMobile has become the nucleus of our digital universe. Enterprise mobility. Cloud computing. Abundant bandwidth. Remote connectivity. All this has given birth to a new world o

Mobile apps are expanding at a very breakneck pace, and the rate at which the apps are getting uninstalled from the device is also quite high. The reason could be anything. From complex login procedures to privacy concerns, everything plays its part.As of date, there are over 3.8 million apps on