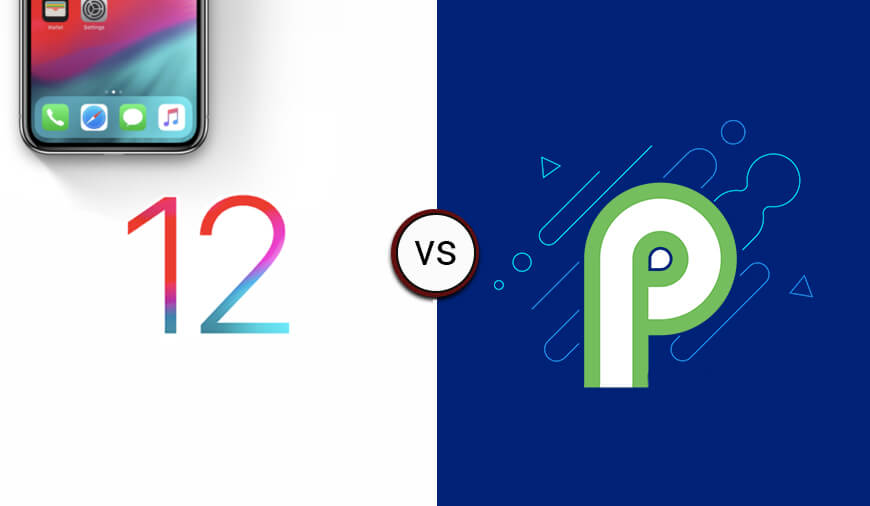 The smartphones are like machines that require fuel to run, and this fuel comes in the form of an operating system. Every smartphone runs on some or the other operating system, and the clear heavyweights of this landscape are iOS and Android platforms. Both of these operating systems account for over 90 percent share in the Mobile Industry.

Today, I will be taking you around the latest versions of iOS and Android, that are iOS 12 and Android P. iOS is known for its secured network and robust performance, whereas the Android is the most flexible platform ever built till now.

Apple crafted iOS 12 was announced at the company's WWDC (Worldwide Developers Conference) that was held on June 4, 2018. The new version of iOS does look similar to the previous version in terms of its framework, but it does include a number of added features and enhanced performance. iOS 12 will be the latest addition in line with the iOS compatible devices.

The Battle Between iOS 12 and Android P

About Android P; the Google announced it on March 7, 2018, and the company released the first developer preview of the Android P on the very same day. As anticipated, the latest version of Android is named “Pie”. Till now, the Google rolled out four beta program of its next-gen operating system.

Looking at the intent of Apple and Google, I can say the fact very well that both these silicon valley giants are racing rapidly to take an edge over one another. So, let's know more about the latest offering from these companies and know which new operating system will have more say over the other.

The credit for popularizing the notch feature undoubtedly goes to Apple; all thanks to the iPhone X. Though the feature was first spotted on the Essential Phone, but it was the Apple, which brought it into the limelight. The notch is well received by the users across the globe, and iOS 12 is expected to toss up something interesting for the notch. Who knows, the next iPhone clubbed with iOS 12 may fit better than iPhone X. 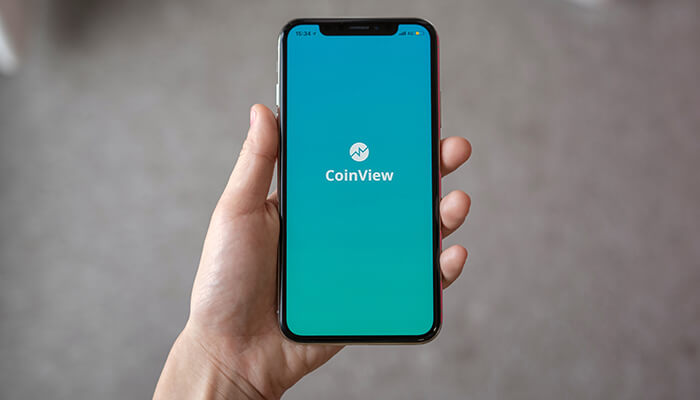 Going along the same lines, the Android will support this feature in its upcoming version. Google even officially announced the arrival of notch support on Android P. In one of the interviews with CNET, Dave Burke, VP of Android engineering, said, “The operating system's not pro or against notches. It's just reality that notches are appearing on hardware and that apps don't break and that phone designers can make use of the space well."

But Apple does have the edge over here due to its experiment with the feature first. Though the iOS 12 and Android P will do include elements of the notch.

Smartphones are addictive, and until now, most of us know this fact. So, to counter the downsides of it, the Apple and Google have planned to infuse such services in the new version of operating system that will let the people know about the time they are spending on their smartphones, especially children.

iOS 12 will bring up app limit that will set a particular time to be spent on an app and will prevent the user from spending too much time on any specific app. For this, Google has App Timer, which is expected to behave same as iOS 12 app limit. 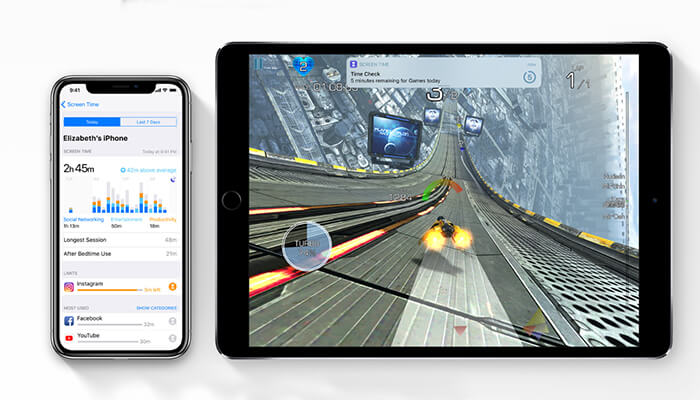 The existence of Night Shift feature on the iOS helps it to push the Android a bit down. However, the Android P is packed with its Do Not Disturb mode, which will surely help the users’ to stay away from their devices.

Do I need even to explain anything about it? Here, the Google Maps is the unparalleled contender with its layers of information and with pinpoint details. And with Android P, the map features are going to get refined. 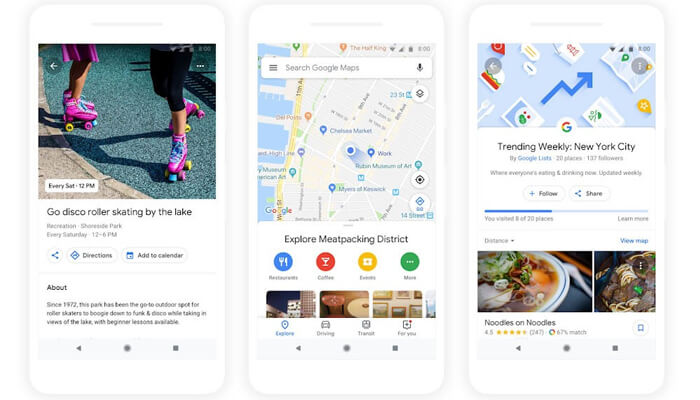 Though iPhone Maps app is also worth using, but still there is time before Apple can take on Google’s supremacy in the map app. We expect iOS 12 to infuse something better in its maps apps.

Google Assistant offers a lot and enables the user to set the routine along with the other dozen functions. To make the Android P more user-friendly, the tech giant has developed six new voices for its assistant. Going one step ahead, Google is also working on to make the assistant smarter enough to take appointments on the user’s behalf. You might spot it in Android P. 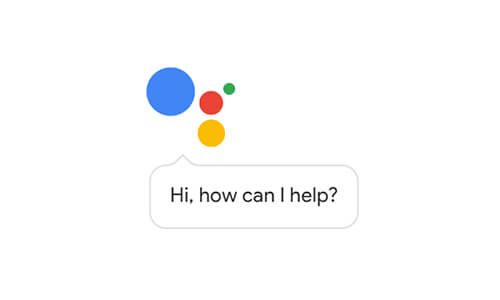 Android P is all set to embrace Google Assistant

While Siri, the virtual assistant part of iOS devices, has added Shortcuts app in the iOS 12 that does similar things like that of Google Assistant. But in many contexts, Siri is still halfway where its primary competitor is.

With end numbers of apps on the phone, you tend to get tons of notifications throughout the day, and for this, the operating system needs to manage the notifications smartly. So, to take care of it, iOS and Android has done some massive changes to give the user more control.

On iOS 12, you can direct the annoying apps to deliver the notification quietly; else you can turn off the notifications completely. Also, the iOS 12 brings along the stacked iMessages format, which can be dismissed altogether at once. Its Do Not Disturb mode will lock your phone for any notification during your bedtime. 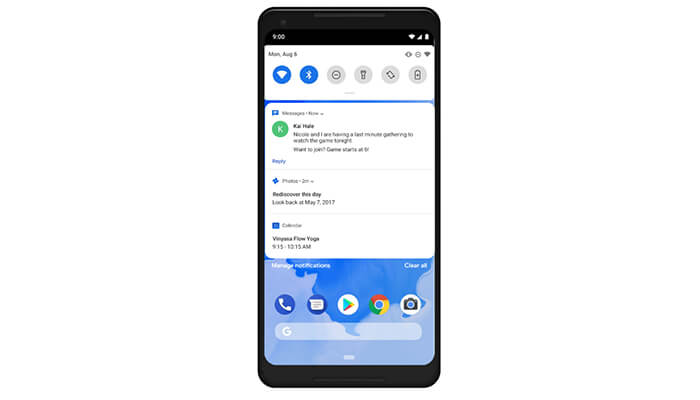 Disconnect when you want with Android P

Due to its flexible platform, the Android has always fared better than iOS, and device notification is no different. In Android P, the user will get an option to go to a particular notification and manage the way he wants. Google is also working on to a new feature which will suggest the user an auto-reply to the message.

It’s still time to experience the final versions of iOS 12 and Android P, so don’t just get stuck to these features, who knows, there can be additional features that may accompany the best-operating systems.

PREVIOUS Progressive Web Apps: Why You No Longer Need Websites in 2021

PUBG, Tencent's adaptation of the popular Battle Royale, has jumped on the bandwagon by surpassing more than 100 million dollars in revenue on App Store and Google Play. We know that the last player-standing shooter game has gone places when it hits such a significant milestone in just under 200