Trading can help you to obtain the 'Lucky' Pokémon. 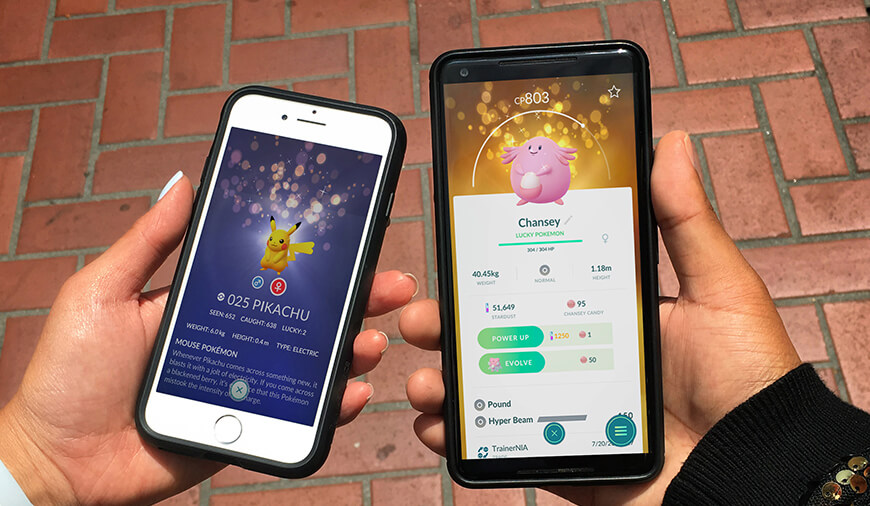 After the successful run of Pokémon game at the first go, the company passed on many of the features to its second streak of game, Pokémon GO. It is an augmented reality game developed by Niantic for iOS and Android devices, which has come up with a surprise for the game fans. The game developers have rolled out a new feature named “Lucky” Pokémon.

Don’t confuse Lucky Pokémon with the shiny Pokémon. The new “Lucky” Pokémon doesn’t look much different in terms of looks, but with added powers, they can easily become faster and stronger, that too with fewer efforts.

The company hasn’t revealed much about it, but as of now, it seems to be an altogether new concept. The Lucky Pokémon appears to be the refined version of Pokémon and requires less Stardust to power up. It will help the players to reach a higher CP much faster than other Pokémon GO characters. And for better oversight, the Lucky Pokémon can be tracked by Pokédex, a tool for game players.

“According to his research, there is a chance that Pokémon, when traded, can become sparkly Lucky Pokémon,” as stated in an update of Pokémon GO Live. “It seems that Lucky Pokémon requires less Stardust to power up, which means they can reach a higher CP much faster than other Pokémon. Plus, a Lucky Pokémon can be detected by the Pokédex, so that you can keep track of them.”

By trading from one player to another, one can spark a chance of converting non-Lucky Pokémon to Lucky Pokémon. The prospect of transforming depends upon how long ago the Pokémon was caught initially.

“The longer the Pokémon spends inside a Trainer’s storage, the higher the chance of them becoming Lucky Pokémon when they are traded. Whether or not being in storage causes Pokémon to become Lucky Pokémon remains a mystery, but be sure to stay posted for more results from the professor’s research.”

The Niantic has still kept all the features a secret. “With the discovery of Lucky Pokémon, Gifts also can include special new surprises. Trainers who send Gifts to friends will now receive XP for doing so, and Gifts also have a chance of containing Stardust.” Also, now sending gifts will be more rewarding.

PREVIOUS How React Native Holds the Future of Hybrid App Development in 2021?

NEXT Now Ask Google Assistant To Make Duo Calls For You